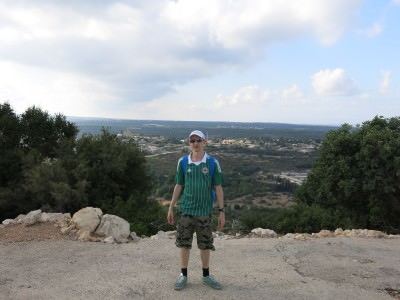 After a thrilling reunion with my Israeli friends Natali and Alex, where we did an oil lamps tour in Caesarea, we stayed a few days in Haifa on the Mediterannean Coast of Israel. The second day was another eventful one and we arose early for a trip north to check out some caves in Northern Israel, not far from the Lebanon and Syria borders. We went to two caves: 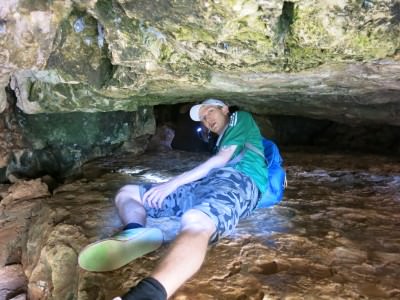 Squeezing into the Tiger Cave in Northern Israel.

Getting to the Northern Caves

OK so there isn’t really much in the way of public transport. We were blessed to be travelling with Alex, Natali and Oksana as locals they were able to drive us there. Driving there or hiring a car is the best best. From Betzet Junction turn east to Route 899. After a number of kilometers turn left heading towards Keshet Cave, in a road that ascends to Kibbutz Adamit. Three hundred meters before the entrance to the Kibbutz, take a right turn to a dust road that will eventually lead you to Adamit ruins, a JNF park. You can see the location of the Tiger Cave on the map below. It’s signposted but only when you get there. You need to head in the direction of Adamit Park. It’s pretty close to the Lebanon border. 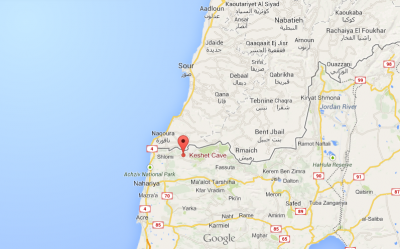 What to take when touring the caves

It’s each to their own, but since this is my story, as a guide, these are the main things I took with me:

– Camera
– Water
– Sun cream
– A hat
– A headlight
– A torch
– Insect repellent (there are spiders etc. in the caves)

A map would also be a good idea, but we didn’t have one of the area. 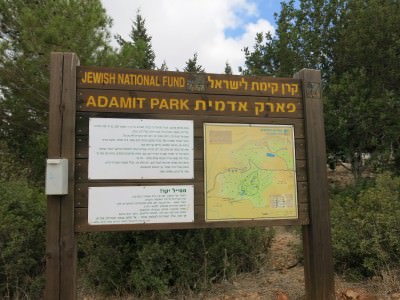 Adamit Park – up near the Lebanon border where the Caves are.

1. The Tiger Cave (the Namer Cave)

There were four of us doing the Tiger Cave, which is located down a valley after a short cliff walk. Natali was pregnant at the time so Panny, Alex, Oksana and myself headed on the walk to the Tiger Cave. You get some pretty decent views on the short walk down. 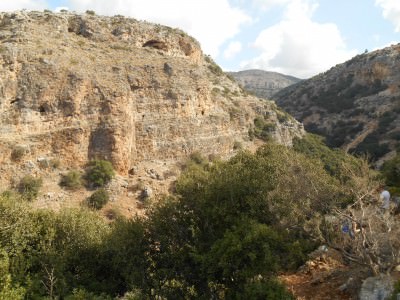 The scenic walk down to the Tiger Cave.

It’s an easy walk and you follow the green and white stripes on rocks down to the entrance. 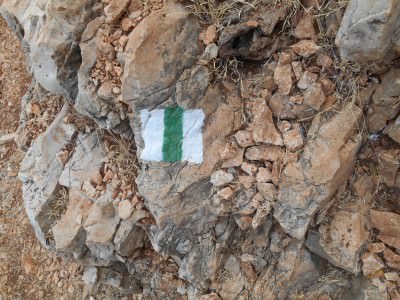 Follow the green and white paint down to the entrance to the Tiger Cave.

Once you get to the tiny entrance you will see how narrow it really is. I took my backpack with me (water, sun cream etc. inside) but you’re probably better not to do that – crawling through narrow passages can be hard. 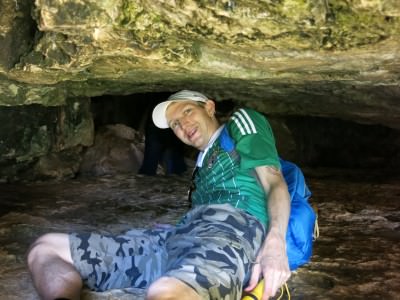 To get into the Tiger Cave – you need to squeeze through a very narrow gap. Backpack almost didn’t make it!

Get your torches on, or head lights and head on in – this cave visit is recommended for more than one person – going it alone is risky. You don’t want to get stuck in a cave, and this one is tight! 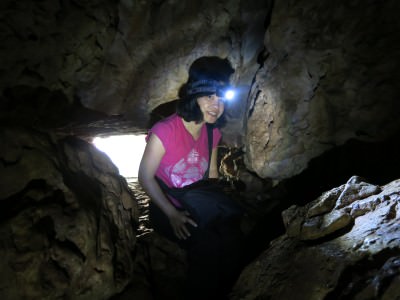 Panny in the dark and crampt Tiger cave.

Once inside you crawl for a bit and then head downwards. Use your torch to guide you down the slopes and steps until it becomes obvious that a small gap leads into a large “room”. Once you have squeezed through this very tight gap, you’ll be in the middle of the cave. It’s worth it! 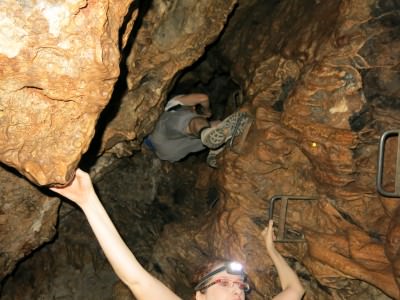 The caves are very tight and cramped.

The cave is an array of limestone droplets and is a bit spooky! 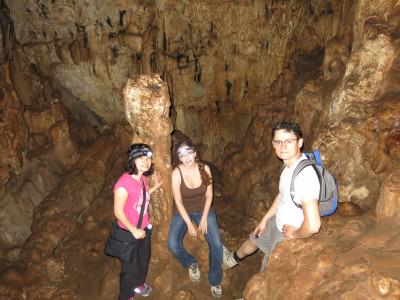 Loving the limestone droplets inside the cave (please note in real life it is not this bright – I used the flash!)

Once inside the main section you can relax for a bit – you can stand up and admire the place. It’s big enough inside. The four of us helped each other out on the way down. You do need to watch you head. 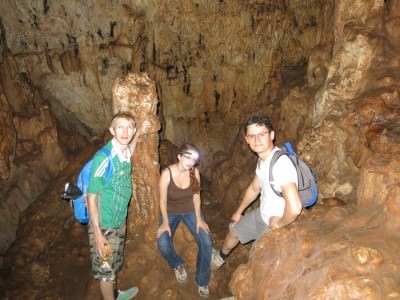 Inside the Tiger Cave, Israel.

After checking out the cave, you have to climb your way out and it wasn’t too tough in the end. It did get a bit claustrophobic, but having done a mining tour in Potosi and toured caves in Malaysia and caves in Australia, this one wasn’t too bad. 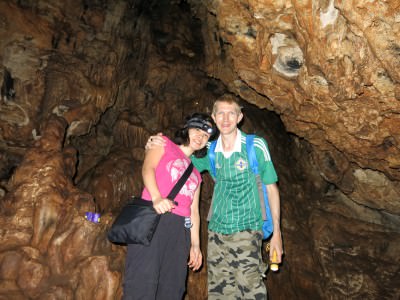 Panny and I inside the Tiger Cave in Israel.

After about an hour of walking, crawling and exploring the Tiger Cave, we were back on the main road at the car where Natali waited for us. 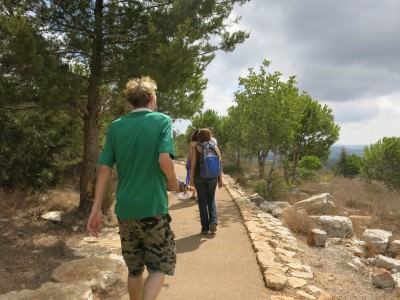 Walking to the Qeshet Cave, Israel.

However Alex and I chose to walk from the Tiger Cave all the way up to the Qeshet Cave, while the girls got in the car. The walk was short and scenic and took us less than 20 minutes in the heat. We simply followed the red and white stripes this time. 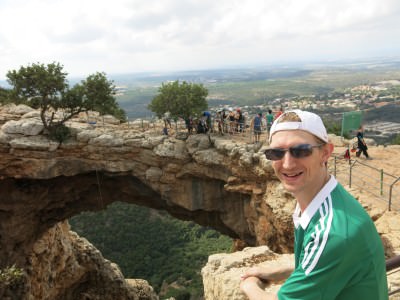 Here’s a secret: The Qeshet “Cave” isn’t actually really a cave and it is by far the more touristy of the two. There were a load of tourists there admiring it. It’s basically an arch, that once was a cave. The arch looks amazing and sits overlooking immense countryside. 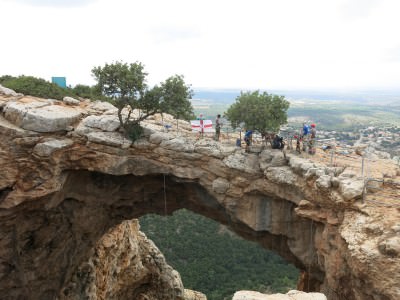 This arch was once a cave – it’s really touristy – spot me flying my Northern Ireland flag!

You’re up at an altitude here.

Rock climbing and abseiling are options here for the adventurer. Most just go to admire the views and the cave and head back. There are a few booths and picnic spots in and around the area too. 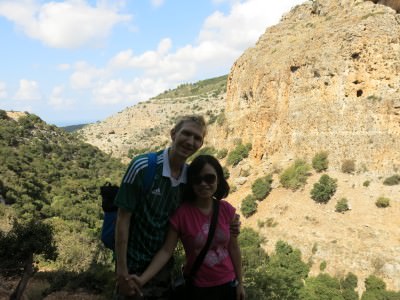 Trekking in northern Israel to the Qeshet and Tiger Caves.

The beauty of these two caves is that they are FREE of course – except your transport. Really worth heading up to if you are in Northern Israel.