Croatia’s complex and chequered past have greatly impacted on its food, fortunately in a good way. The country offers a diverse range of foods, influenced by its invaders and neighbours – the Greeks, Venetians, Turks and Romans are only a few of a long list. 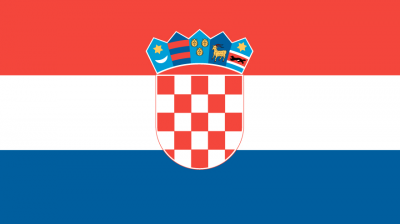 Best Foods to try in Croatia.

One of the most interesting things about the country’s food is that it’s divided between its coastal food (Mediterranean) and its interior foods (continental). However, no matter where you are freshness and quality food that’s in season is the order of the day. So, let’s take a look at the dishes to try when in this wonderful nation. Pršut – A form of dry cured ham – this meat is unique to the nation and the salty harsh air of the Adriatic gives it a fantastic texture and taste. Pršut is readily available in most restaurants and is served cut into long slim slices and often served with cheeses and olives from the local olive trees. Paški sir – This cheese comes from Pag Island and is a sheep’s cheese that’s unique flavour is attributed to the land and herbs that the sheep eat. The cheese has its own special flavour and is known for its strong distinctive taste. Paški sir is matured in a covering of olive oil and cloth and is often served with hams or even grated over seafood dishes.

Ispod Peke – This is actually more of a way of cooking a food than the ingredients itself, however is a real treat and commonly found across Croatia. The food is prepared – usually meat or squid and placed with potatoes on a hot stone. A metal cover is then placed on top and hot coals are then put on this cover and then the food is left to cook in its own juices. It’s not disturbed until it’s ready and what results are fantastic flavours and amazing textures. Pašticada – From Dalmatia, this meat based dish is made with beef and marinated in red wine and garlic and a number of herbs for at least a day beforehand. It’s then cooked with dry plums, carrots, nutmeg and cloves and served with a form of gnocchi. The result is a dish that’s very rich in flavours and one that’s extremely tasty. Crni rižot – A black risotto dish made with cuttlefish and squid among other fish and one where squid ink is used to give it a black colour. It’s a very distinctive dish and a delicacy that comes from the Dalmatian region of the country. It’s often covered in a hard cheese – it’s common across the country whether at a luxury Maistra Hotel or elsewhere. Brudet – Another fish based this and one that’s stewed this time. The interesting thing about Brudet is that it’s made in such a way that the fish is carefully layered on top of each other and cannot be stirred. Every not and then the pot is given a light shake so the juices are mixed. It’s served with polenta in most cases. Tartufi – Croatia is known for its truffles and Tartufi is probably its most famous dish. Found mainly in the Istrian region, Tartufi are found by trained dogs and have an amazing flavour. They’re often used as a garnish for pasta, venison or omelettes. These are just some of the fabulous foods available in Croatia and all are worth trying at least once, such is their fantastic flavour.