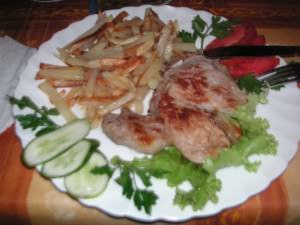 I’m on a roll with Moscow and Russia reminiscing this week. I literally make a list of all the posts I want to write and bomb through them. Having talked about things to do in Moscow yesterday, today I reminisce on my first meal in Moscow in Russia. Basically a starter, a main course and Russian Beer. 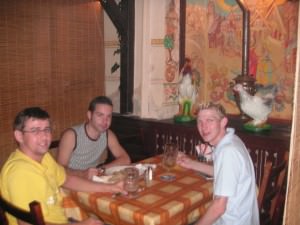 Enjoying beers with Andreas and Gabriel in the restaurant where we had our Russian Feast in Arbat Street, Moscow.

I was backpacking with two travel buddies from the former East Germany, Andreas and Gabriel and we were in and around Arbat street. We found a very local restaurant downstairs in a basement which is what we wanted. We wanted local decent food but not in a touristy place. There were no other tourists in there and the menu was exclusively in Russian. 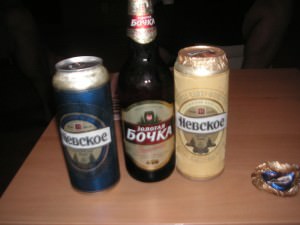 Some of the Russian beers I tried!

Tore into the beers first off and of course they were good as Russian beer is! Can’t pronounce the names of them but I tried about 6 or 7 beers when backpacking in Moscow (the photo above is the beers from the hostel by the way). Then it was a starter of Russian Beef Goulasch. Simply soup with beef, tomato, herbs, spices and lemon. I loved it, and the way life goes I haven’t had it since! (the nearest thing being Hungarian Goulasch) 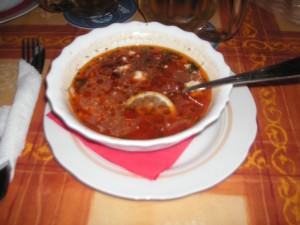 My main course was pork, vegetables and chips. Of which, the chips were the most interesting, as they seemed half cooked deliberately. All the chips came like that so some of the potato was hard and some wasn’t. What I remember is I finished all of it and so did Gabriel and Andreas. We headed out for beers later on and to date this has been my only visit to Moscow… 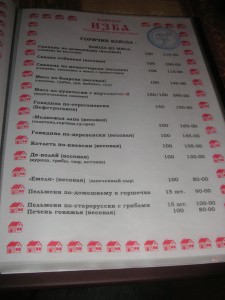 The menu in the Russian Restaurant.

I’ve been around the world since I was in Moscow and eaten at a few Russian restaurants but to be honest, haven’t tasted anything like this anywhere else. So get your flights to Moscow booked, sort your Visa and explore this top class city. I’m actually so happy to be heading to Azerbaijan later this year – an ex Soviet State of course…

1 thought on “Friday’s Featured Food: A Russian Feast (Kind of) in Moscow, Russia”