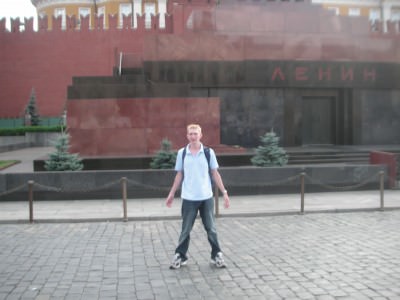 Lenin’s Mausoleum – top 6 things to see and do in Moscow, Russia.

Well Russia – it’s been a while. It was almost 6 years since I took my backpack to Moscow in Russia and set about sightseeing in this immense historic capital city. Finally then and just cos (deliberate “working class typing error” there) I’m off to Azerbaijan soon (an ex Soviet state), better late than never is a more condensed overview, my top 6 things to see and do in Moscow, Russia. (I normally do only a top 5 but threw in an extra one).

Get to see the man himself in his Mausoleum in Red Square! Lenin – the revolutionary leader is here in this very obvious building. There are a few things to note, it’s only open early in the morning, and it closes twice a week. You cannot take cameras, videos etc. in with you. Backpacks might also be banned. Wrote an overview here: Red Square/Lenin 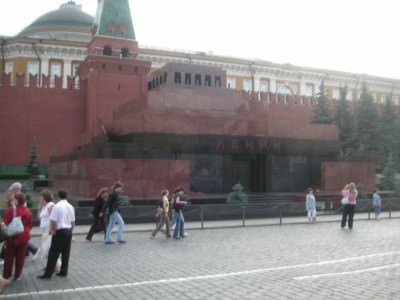 I found myself singing the lines “follow the Moskva down to Gorky Park, listening to the Wind of Change” when I was backpacking in Moscow. Gorky Park is a massive central park which is not only famous politically and historically, but it’s been in a few films and was once an amusements park. It’s extremely nice for a walk! 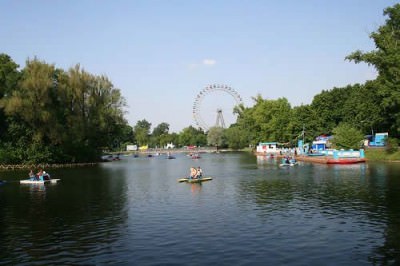 Gorky Park – once a theme park!

Where it’s at in Moscow and the second attraction on this list to be in Red Square. Inside its walls are a load of palaces and 5 cathedrals and some striking domes. You can get a tour, but do obey the rules! This is Russia. 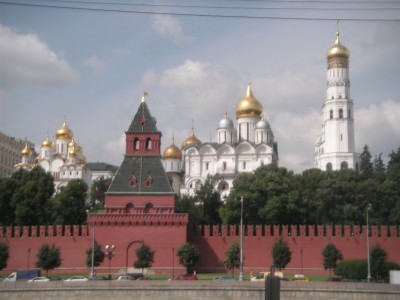 The Instantly Recognisable Kremlin in Moscow

A great quirky street with markets, cobbled stones, bars, restaurants. We did it by day and by night. Yes it’s a tad “touristy” but after all, I was a tourist…at night we just went out on the beers and later had vodka with the locals. There are also places to try local Russian food. 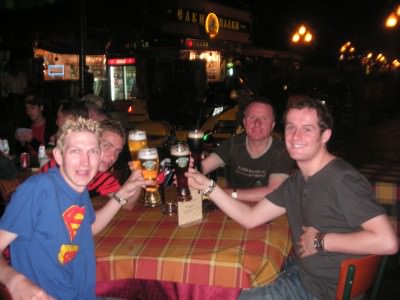 Beers with the lads in Moscow in and around Arbat Street.

These tall towers built by Stalin (well, not personally) are the trademark of Eastern Europe and Communist Russia. I have also seen his towers in Warsaw and Minsk. Moscow houses 7 of them, dispersed in different parts of the city. I made it to two of them, one of which was now a University. 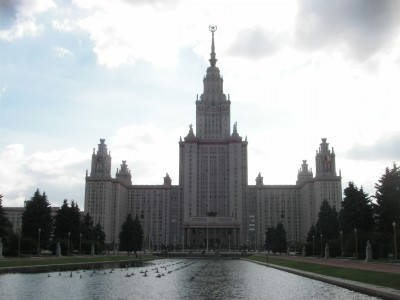 The towers that Stalin built…

This Cathedral is typical of Moscow and basically it would be ridiculous to go to Moscow and not see it! It’s also the third place on this list that is in Red Square. So if you’re tight for time, you can stroke off a hat-trick easily (The Kremlin and Lenin’s Mausoleum being the other two) 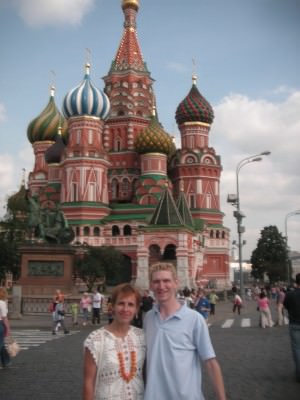 There’s a few other things you need to bear in mind though, before you head to Moscow, and this is important as you need a Visa:

– Make sure you book a hotel first in Moscow

– Get your visa (the important bit!!)

That’s all you’ll need to know, and sadly my trip to Russia was only to see Moscow. I am gagging to get back and do the Transiberian Railway as well as maybe St. Petersburg, Yekateringburg (got a mate there) and Vladivostok.

One of my videos from Moscow:

8 thoughts on “Top 6 Things to see and do in Moscow, Russia”