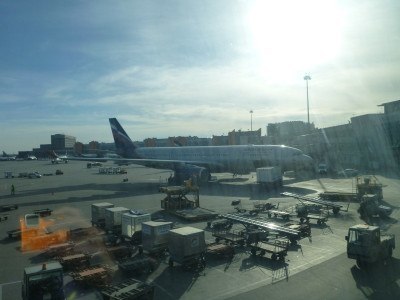 Coffee Sinking and Transiting in Russia: My Brief Return to Moscow

“So catch the next flight to leave Moscow” – Manic Street Preachers.

It’s another live blog post, here from Sheremetyevo Airport, Moscow’s massive transport hub. I haven’t been to this airport since I started this travel blog, it was 2007 when I was last here. I also haven’t been to Moscow since 2007 either. But I’m not going back into the city this time, I’m in Russia in transit. 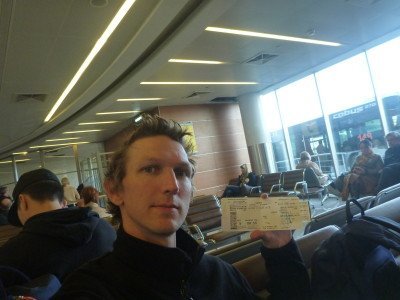 I’m on a flight transfer with Aeroflot. I finally said my farewells to the Apple Hostel, Bishkek, Kyrgyzstan and all the friends I made there. There was no time for an emotional send off. Life moves pretty fast. 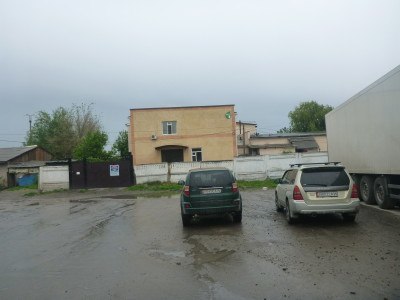 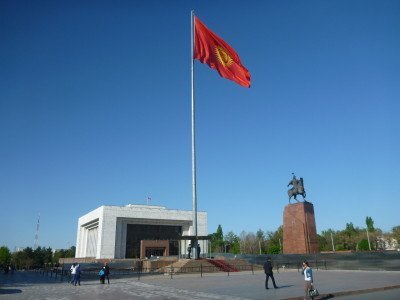 Ala Too Square, Bishkek 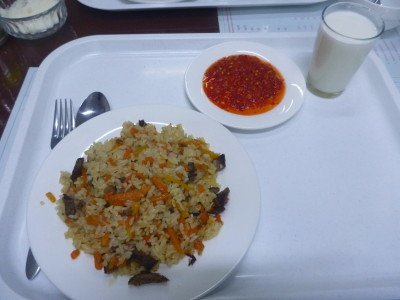 I was down the pub, my local for the last 4 months, Pinta Pub in Bishkek just 5 hours before I left the country. I was chatting to my dorm buddies for the last few weeks – Ricky and Lukas. We had an interesting discussion about genetics and this whole crazy journey we are all on. Something is not normal when you have a different home every night, when you whackpack easily through countries none of your mates have ever heard of. It’s a life of pure adventure and discovery. 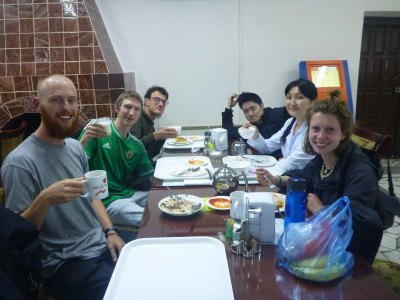 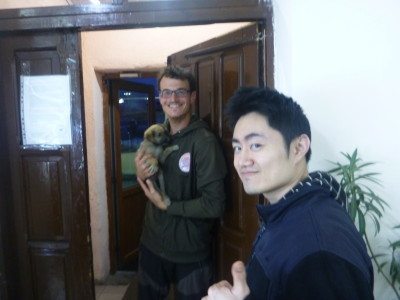 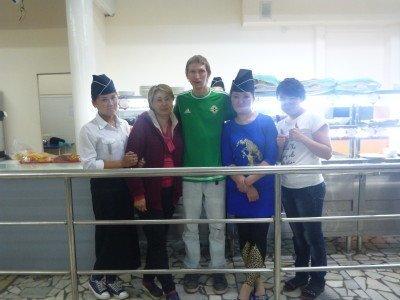 Staff and friends at Daamduu Restaurant 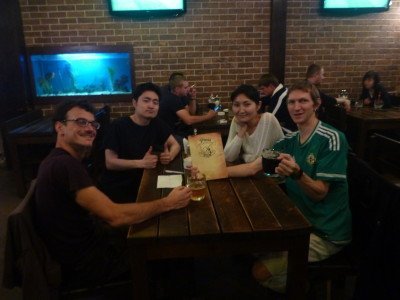 I bid my farewell to Bishkek after dawn. Kyrgyzstan’s dynamic, progressive and magnetic capital, left behind as I head back to Europe, on a totally expected journey. It’s coming to the end of April, so I want to see another few football matches before the season’s out. I need to be in France too, for the month of June, and possibly early July too, depending on how far Northern Ireland get in the tournament. It was obvious I would leave Kyrgyzstan at some point, and today was it. 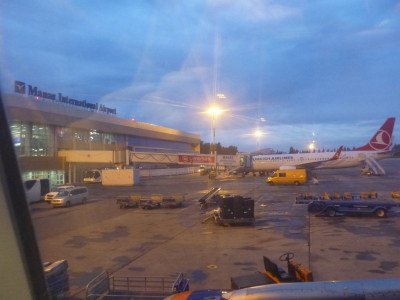 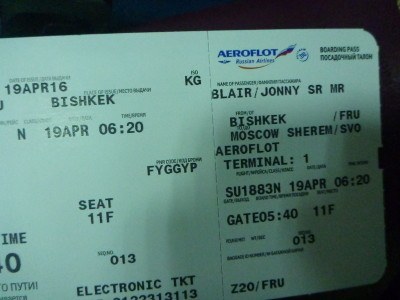 When I got off the flight in Moscow, we got a bus transfer from the aircraft to the terminal. As a bonus, I saw my backpack (the Osprey Aether) on the cart to take it to the terminal, so my bag made it to Moscow at least! Moscow’s Sheremetyevo is one of the best. I remember fondly speaking to a young boy called Ivan in the Irish Pub at this airport in 2007 just before I boarded my flight to Minsk in Belarus. I even had a Harp Lager that time, at the Domestic Terminal. Yes, I found it odd back in 2007 that my flight to Belarus left from the Domestic Terminal, but it did. 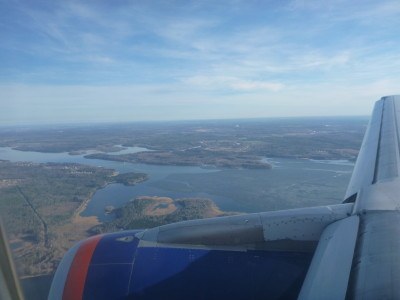 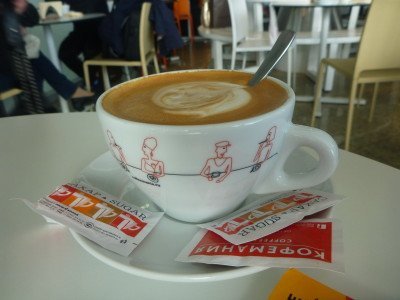 Today, I’m flying to Munich! Yes, I’m back in Germany. Also for the first time since 2007, a long wait but worth it. I’m at the coffee shop here having a cappuccino. My flight leaves from Gate 5 in just under an hour. 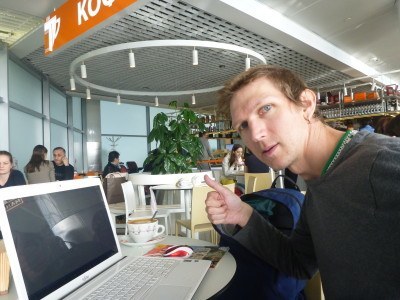 I love these parts of travel too. The waiting game. The knowledge that I’m heading into the unknown, day after day. I’ll be staying in the 4 You Hostel in Munich, doing a beer pub crawl tour, maybe a bike tour and hopefully a visit to the nudist park. Then it’s across the border into Austria to meet Lock In Lee in Salzburg. 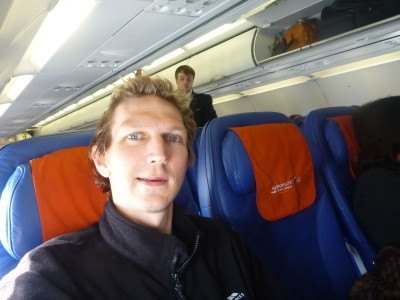 On route to Munich 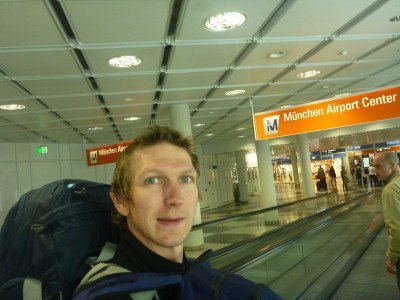 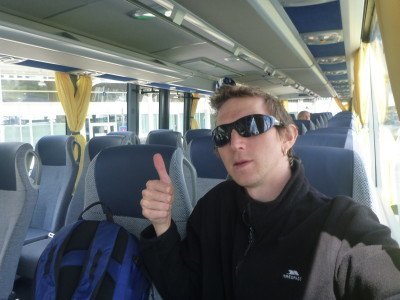 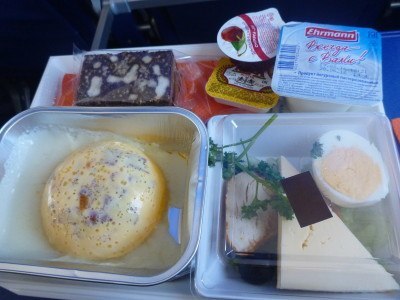 There will be another few surprises along the way, and I’m still backpacking it, still doing the dorm thing. Despite trying to slow this ship down, and to give up backpacking for good. I simply don’t know or want a different lifestyle other than backpacking. This “giving up backpacking” will be harder than I thought, but I’ll give it a go.

In the meantime, come and meet me in any of these countries:

There are possibly a few changes to this to come. I’ll keep you all updated. Thanks for visiting my website and official country, Don’t Stop Living. 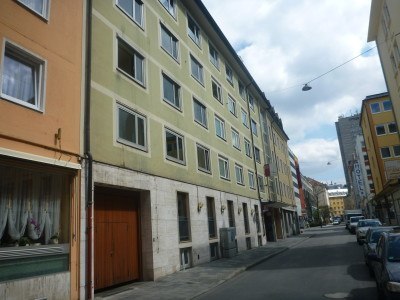 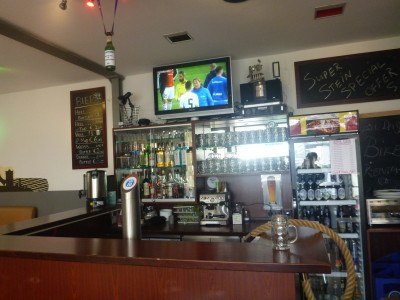 Bar at 4You Hostel, Munich 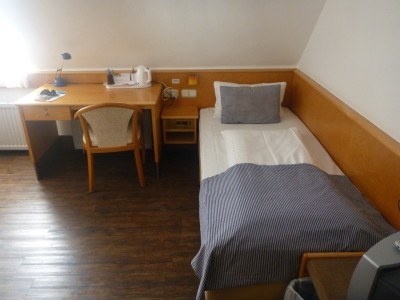 My Room at 4You Hostel, Munich 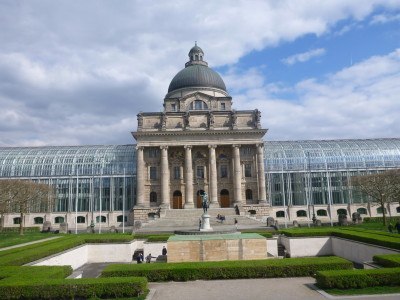 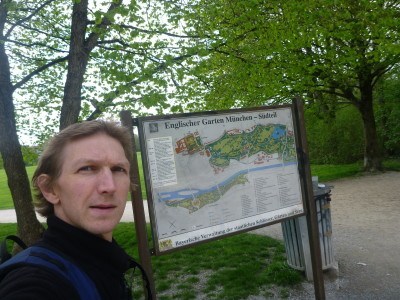 3 thoughts on “Coffee Sinking and Transiting in Russia: My Brief Return to Moscow”