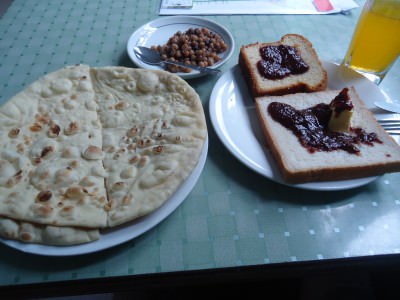 Friday’s Featured Food: Breakfast in Myanmar. As average as they come…

Here’s a direct honesty for you today on Friday’s Featured Food – food in Myanmar is bland, going on abysmal. I’m not a big fan and I feel it a duty to tell you just how untasty and innutritious the breakfasts in this country really are. This is in some contrast to my travel blogging buddies over at eTramping.com, Agness and Cez recently compiled a top 15 breakfasts from around the world. Unsurprisingly, Myanmar didn’t qualify! I spent 8 days in the country during July and stayed in Yangon, Mandalay and Nyuang U (Bagan) and breakfasts were somewhat uninspiring, but still they were all included in the cost of the room… 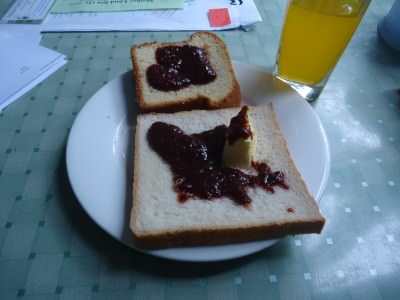 Think of your dream breakfast, mine is either a Northern Irish Ulster Fry or a Full English Breakfast and turn it on its head to the point where you only eat because you have to. That’s how I felt every morning in Myanmar. 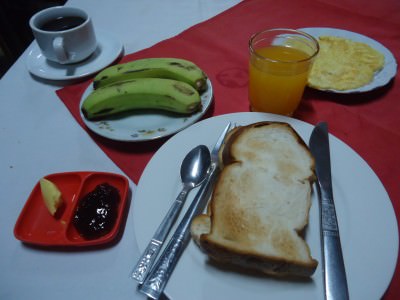 Almost every hostel or hotel will offer breakfast as part of your stay, free of charge so you should of course make sure you eat it – money saving and all that. However don’t expect much. Here’s one of my breakfasts in Myanmar:

– bread which carried not much taste, was chewy and often hard.

– peas in a sauce which even peas would cringe at the thought at.

– orange juice unlikely to have any orange in them, except the colour.

– imported jam and marmalade which is good, only because its imported.

– bananas and pineapple on a plate (they can hardly fcuk that one up, but they sure as hell tried!) 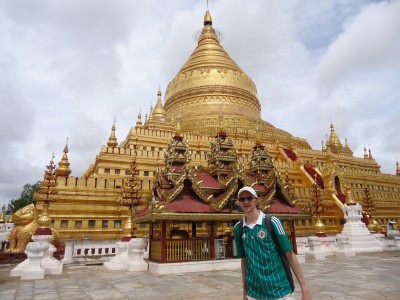 Backpacking in Bagan, Myanmar was a darn sight better than their breakfasts!

The saving grace was the tea and coffee which was average, but at least it was hot and gave you some energy for the day ahead. And the Motherland Inn where I stayed provides you with your own toaster at every table for breakfast. 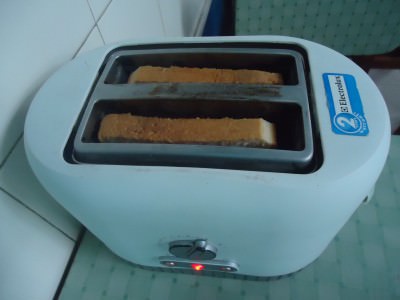 At least the toaster worked and the toast was average…

In closing, while I’ll never rave about food in Myanmar, it’s a GREAT country and a really cool place for travellers to visit. It just won’t make my top food places any time soon, and if it makes yours, then I’m surprised (OK so I had 2 decent meals there, one of which I wrote about – Tea Leaf Salad, the other which will come). 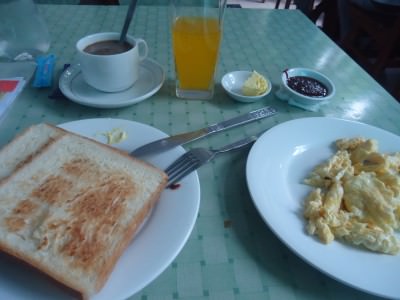 Friday’s Featured Food – getting scrambled eggs on toast is as good as it gets in Myanmar.

While the breakfasts in Myanmar are the worst I’ve ever had on my travels, at least the people are friendly and at least food becomes the most insignificant part of your time there. Safe travels and don’t go wild on your Myanmar/Burma breakfasts!

A video on my breakfast at the Motherland Inn in Yangon, Myanmar: