I have been to a few islands off the coast of Africa down the years. Notably, Robben Island in South Africa (on the Nelson Mandela tour), and The Seychelles. April 2022 meant a first trip to the Cape Verde Islands. 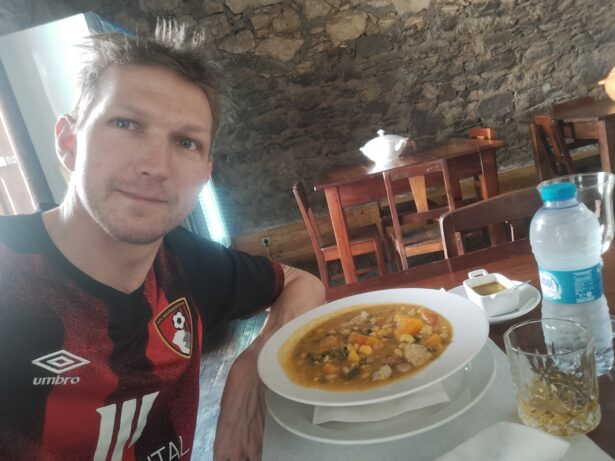 I was staying bang in the centre of the capital city, Praia. I think this was a great decision, as I was actually sleeping on the main street in the country, Rua Pedonal in the Plateau district of Praia. 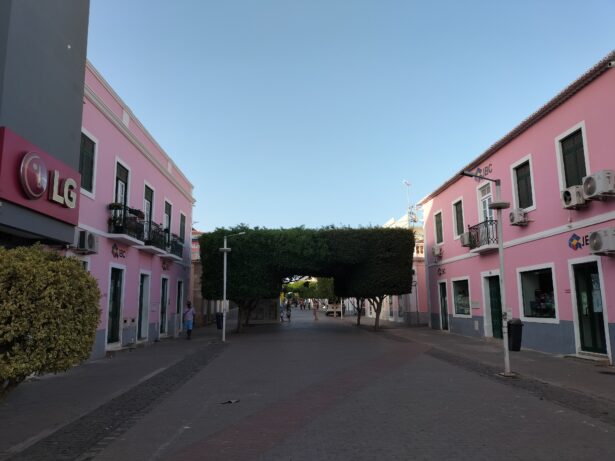 I slept at the Praia Maria Boutique Hotel and the boss David alerted me of Kaza Katxupa Restaurant and Bar, opposite the hotel. Here there was a need to try Katxupa. A highly regarded and recommended national dish in the Cape Verde Islands. 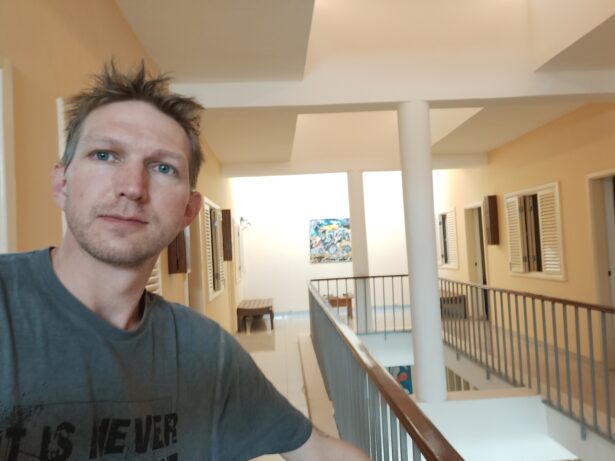 Where is Kaza Katxupa Restaurant?

It’s on Rua Pedonal, a thriving hub and main pedestrian thoroughfare in downtown Praia. This central district is known as The Plateau.

I feasted my eyes on the menu at Kaza Katxupa Restaurant. 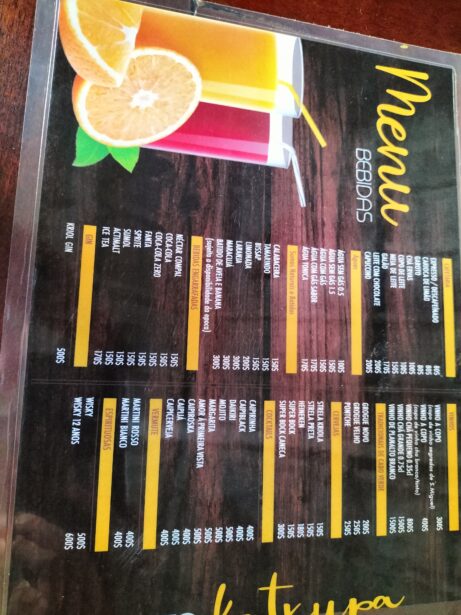 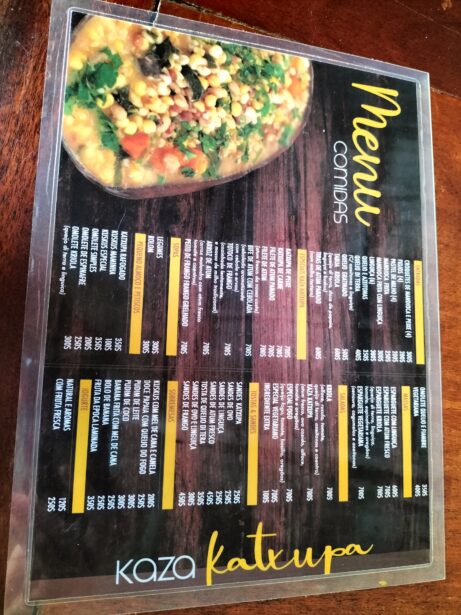 I chose the Katxupa de Carne. The one with meat in it. There’s a vegetarian option too but meat it was. I don’t often choose the vegetarian option when meat is a similar price, however I did enjoy my main dish in Ethiopia.

It would be obvious for me to simply order a local beer with it. The local beer here, Strela, I’d drank a few the night before so instead I chose the local shot. It’s a spirit called Grogue Velha. 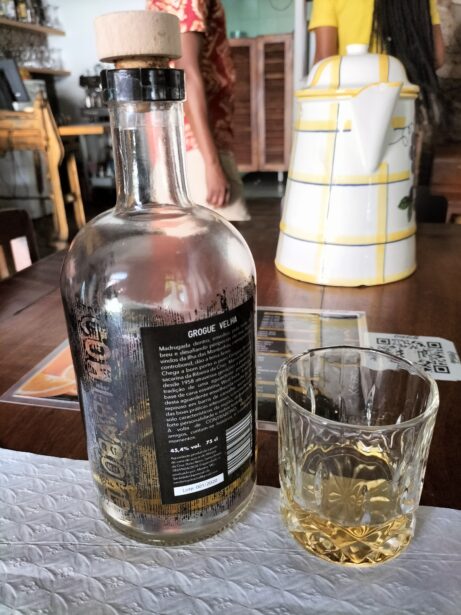 Local liquer to drink it down with – Grogue Velha 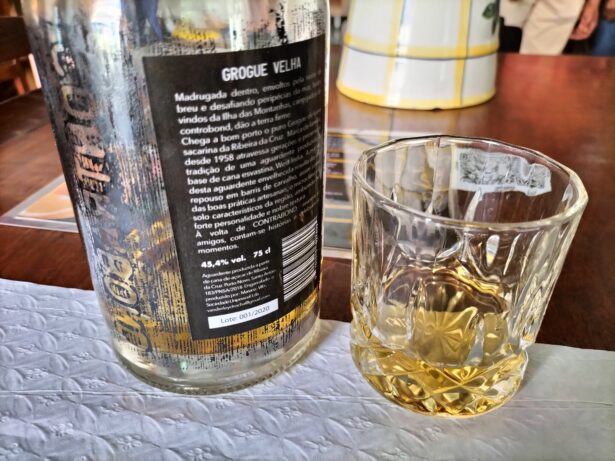 Local liquer to drink it down with – Grogue Velha

It was a hot day and the Grogue Velha was 45.4%, so I also chose water to gulp it down with.

The food was delicious and my favourite meal of that trip. However, the dish was huge and so if I could order it again, I’d definitely order a smaller helping or make sure I had an empty stomach first! I’m not a food geek and I have a small stomach.

Here are the details of Kaza Katxupa Bar in Praia, Santiago Island, The Cape Verde Islands:

Here is a video from my experience eating Katxupa De Carne in Praia, Santiago Island, The Cape Verde Islands: