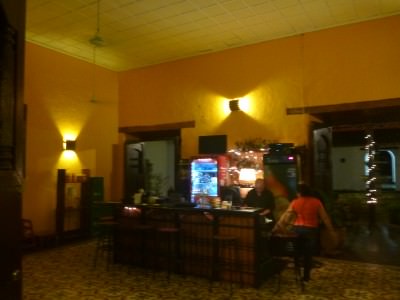 I tried only a few “Nicaraguan style meals” on my short visit to the country, and one of those was for dinner in the town of Granada. I headed to a bar and restaurant called Nectar and checked out the menu for local treats. That’s when I found “Nicaraguan Ropa Vieja” shooting out at me as I had no idea what it was but I knew it was local. 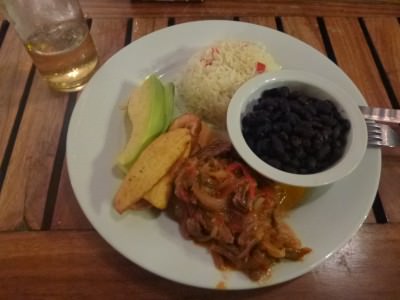 So I had to order it. I’d also tried a load of Nicaraguan beers the previous few nights but not yet a “Victoria Frost” so I ordered an ice cold one to make my entire meal for the night a local one. It was also the most expensive meal I bought in Nicaragua but I felt justified as it was my last night and I just had a hunch I’d like it! 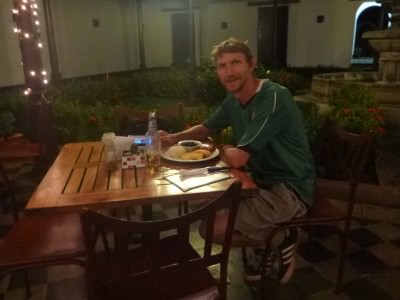 Last dinner in Nicaragua in Granada. 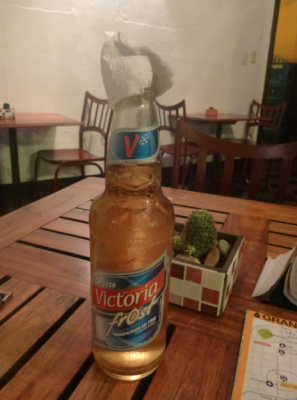 My local beer – a Victoria Frost

So the beer was ice cold and went down a treat and here’s what was in the Ropa Vieja:
– bowl of black beans
– sliced avocado
– rice with peppers
– shredded beef in tomato sauce
– plantains (which I always just think are fried bananas but they’re not, apparently) 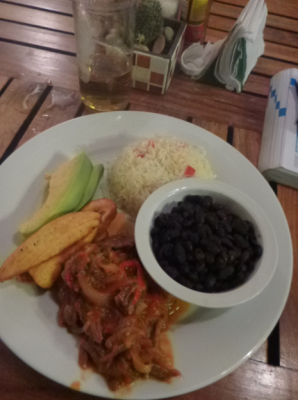 For food and drink it was a 9/10, for price though I’d have to say 5/10. It’s a nice restaurant though so if you want to blow your backpacker budget for a night, go ahead, other than that, stick to the cheap local food stalls! Granada is a cool city by the way – I stayed in Hostal San Angel.

Here is a video from Nectar Restaurant eating Ropa Vieja: