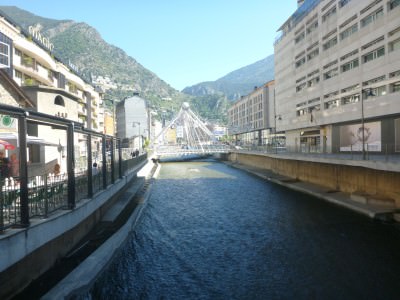 A sure fire recent shock for me was backpacking in Andorra. This is a country renowned for ski-ing, mountains and cold winters. I went there simply to experience life here as a backpacker rather than a ski-er or a luxury traveller. While there is definitely not a hardcore backpacking scene here, there is one hostel in the capital now and it is a very very handy stop over for anyone backpacking from Spain or Catalonia to France. Andorra sits in between, proudly and rightly so. I took the border bus from Barcelona Airport to Andorra and here I was, backpacking in Andorra. 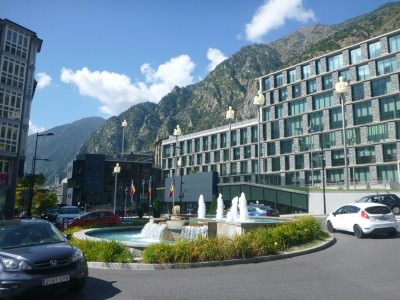 A few facts about Andorra though before I get cracking on the capital city’s top charms:

– the official language of Andorra is Catalan (only country in the world that can say that!)
– locals also proudly speak French and Spanish
– population is around 79,000 (and this changes in ski season, more people come to work etc.)
– Andorra has 2 heads of state (Princes)
– Andorra uses the Euro as its official currency 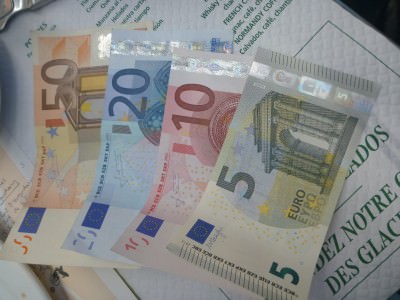 They use Euros in Andorra

– Andorra is the only country where one of their heads of state is democratically elected by another country (the President of France!!)
– The other head of state is appointed by the head of state of another country, that country being the Vatican City and the bishop is elected by the Pope!
– Andorra have only ever won ONE competitive international football match – a 1-0 win over Macedonia in 2005. 200 people watched that match!
– Andorra uniquely has two official postal services, the Spanish Correos and the French La Poste. You normally see two post offices and post boxes beside each other. Depending on where you are posting the items to, you can decide which service to use. Companies like  ephotocouponcodes.com and Amazon are popular with the locals here for deliveries as naturally, bigger cities with more shopping options are far away. 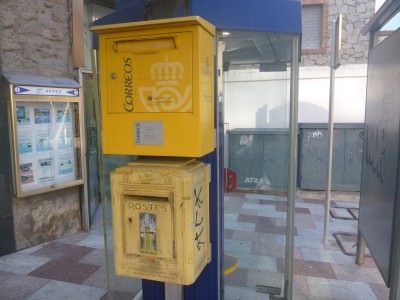 French and Spanish post boxes next to each other in Andorra.

Here are my personal top ten things to see and do in the capital city, which I toured while based at the Hotel Residencia Nuria in Escaldes Engordany:

1. Government Building
This is the centrepiece in Andorra. The main government building. It’s still in pristine condition on a prominent corner. 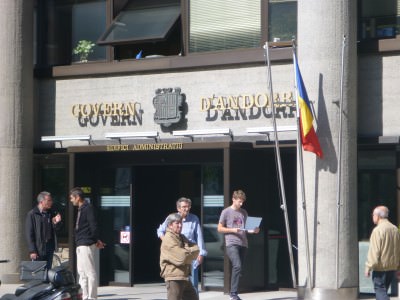 Backpacking in Andorra – top sights in the capital

2. Casa de la Vall
Casa de la Vall is an old house in Andorra la Vella. It’s up the hill past the Library. It is also the headquarters of the General Council of Andorra and you can arrange a tour but it must be with a guide and costs 5 Euros. 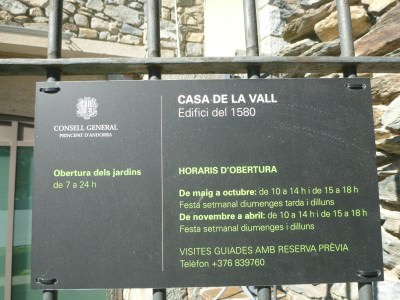 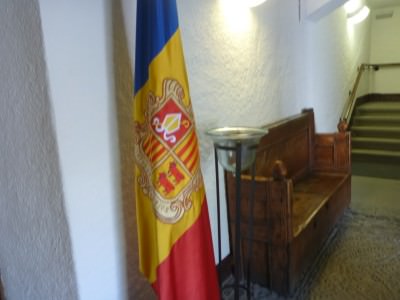 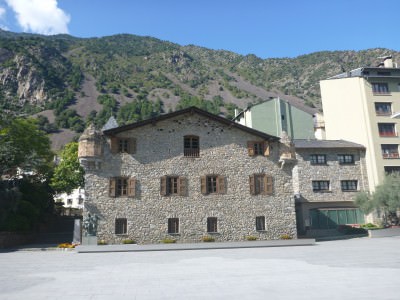 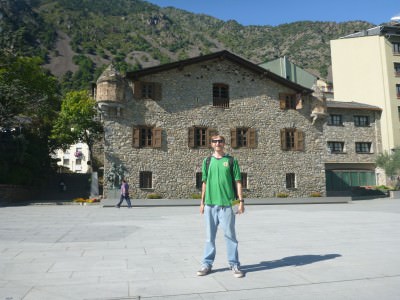 3. Sant Esteve Church
Also on the upper part of the capital city, this is the best church in Andorra La Vella in my opinion, situated in the old town. 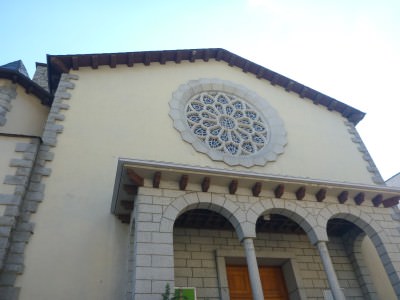 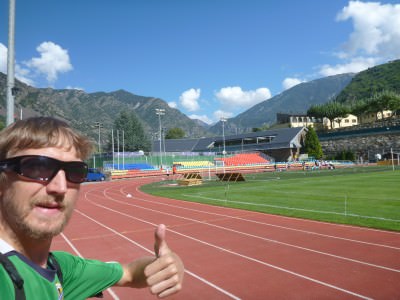 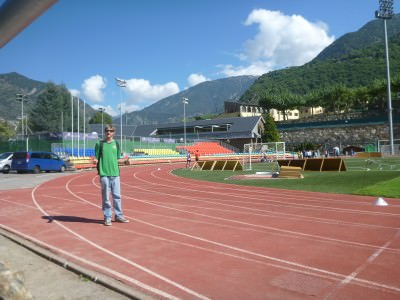 From 1996 until 2014 Andorra played their home matches at the Comunal d’Andorra la Vella. This stadium has a capacity of 1,800 and also hosts the matches of local club sides including FC Santa Coloma and FC Andorra.

5. Estadi Nacional
As recently as 9 September 2014, the Andorra national team started playing at the new National Stadium, which confusingly looks smaller than the other one and is just across the river!! Andorra have occasionally played “home” matches outside their borders so a bigger home ground was needed. This one holds 3,000 fans now. 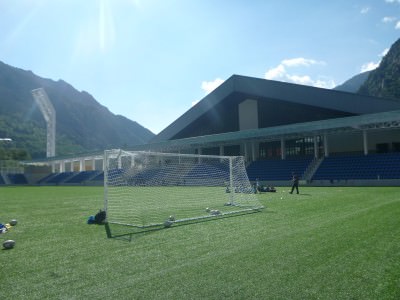 Pitch at the new Estadi Nacional

It was closed for renovation when I was there but I somehow snuck my way in, and even saw the players changing rooms, UEFA delegates room and the tunnel. Andorra made a good start at this stadium, being 1-0 up on Wales for a long period until they finally lost 2-1. 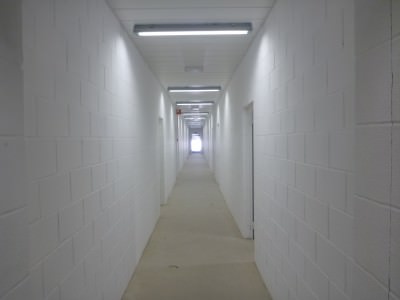 Tunnel at the new Estadi Nacional

6. Barri Antic
Literally Barri Antic translates as “District Old” so this area is Andorra’s “Old Town”. These days the old buildings and reminders remain, however an influx of swanky hotels and restaurants now adorn the streets here. 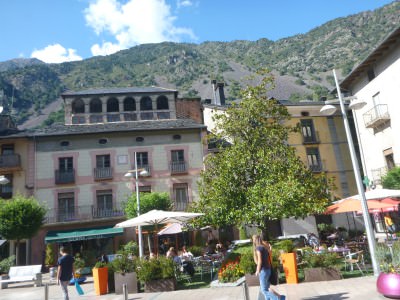 7. Riu Gran Valira
This is one of a few rivers that pass smoothly and rapidly through Andorra. There is a fresh air around, there are clear crisp waters and a few cafes to relax in while enjoying the views of the Riu Gran Valira. 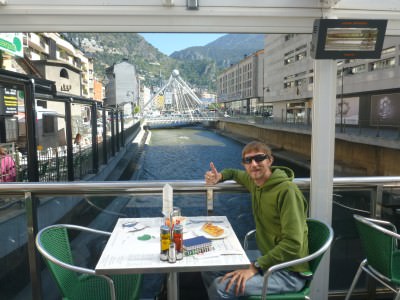 Breakfast by the Riu Gran Valira

8. Art Garden
I randomly came across this cool art garden as I was backpacking the streets of the capital nonchalantly. To find it, walk along Carrer Prat de la Creu from the bridge towards the government and take a left when you see the Portuguese Embassy. Here is a funky art garden. Check out the local art. 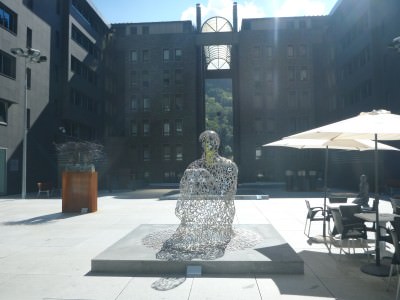 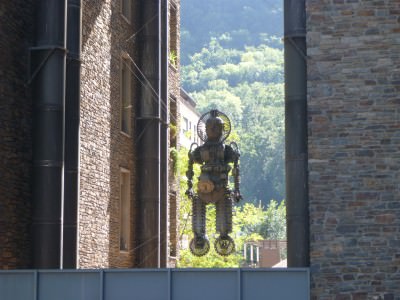 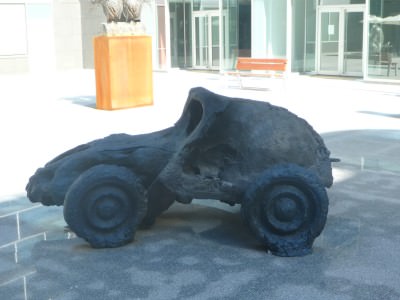 9. Birriria
It’s hard to find a cool local pub in Andorra but Birriria is the best beer experience in the country for me. They serve all three types of Andorran beer and over 500 from around the world. I included Birriria in my top 5 bars in Andorra and seriously – it’s one of my top 10 must visits for the town as well. 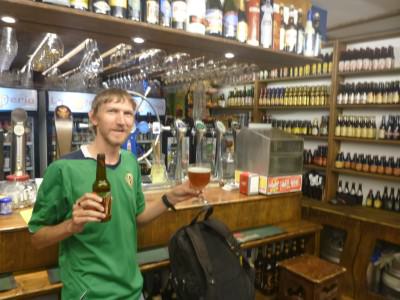 10. Conference Centre
There is a state of the art, modern aspect to the streets of Andorra and I simply won’t stick “shopping” in this list but the Conference Centre is worth a look. Ironically this swanky modern conference centre sits on a hill in the old town! 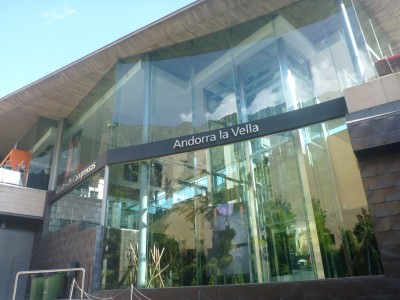 All in all though, Andorra’s capital city is thoroughly enjoyable and easily walkable in a day. On the way I also passed other sights and statues. 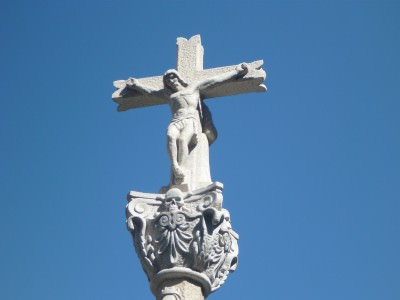 In case you are wondering why the church of Santa Coloma and the Caldea Spa are not on this list – it’s simple. These top 10 sights I have restricted to only a walking tour of the actual capital city Andorra La Vella. Caldea Spa is nearby of course in the village of Escaldes Engordany, but Santa Coloma church is a bit of a walk.

3 thoughts on “Backpacking in Andorra: Top 10 Sights in Andorra La Vella (The Capital)”