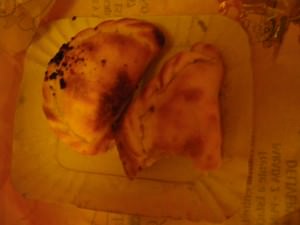 Uruguayan Empanadas – a speciality in this amazing country.

I loved Uruguay and it will always rank high with me in my list of countries I’ve been to. I liked it so much I stayed there, studying Spanish and living with a local family (the wonderful Perla ). I stayed in the Parque Rodo district in Montevideo. 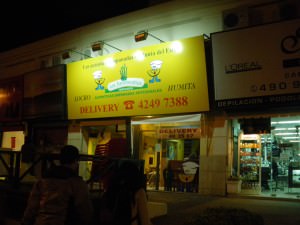 However it wasn’t the relaxed, flambouyant Uruguayan capital city where I went to first try the real Uruguayan Empanadas…it was in the popular seaside resort of Punta del Este. Punta del Este (literally point of the east) is a beach town on the south coast of Uruguay – it has similarities to the Mediteranean resorts in Europe. One night I headed locally for Empanadas! 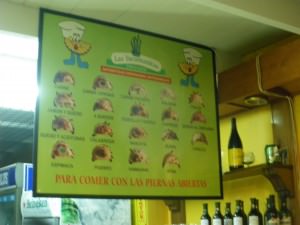 What are empanadas? They basically are a hot tasty pastry with a range of delicious fillings! Often piping hot! Their origin is debated but it is definitely either Spanish or Portuguese – the very verb Empanar means literally “to put a bread coating on something”. So it all makes sense. However Uruguay is a country especially good at cuisine, and empanadas are fantastic here! Cue the Brazilians and Argies butting in to say theirs are the best! 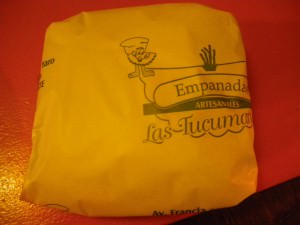 My top two were one with beef and vegetables and one with ham and cheese. I tried them a few times while in Uruguay, there are many places selling them, even bakeries, bars and street vendors. 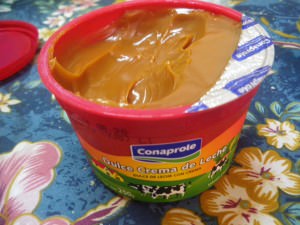 There are also sweet Uruguayan Empanadas – I love a bit of dulce de leche!

I also love dulce de leche! There’s also a few ‘sweet’ empanada options – these are slightly less common but all the more enjoyable when you find them!

On a final note – my first taste of Uruguayan Empanadas wasn’t actually in Uruguay but in Sydney, Australia when my part Argentinian flat mate cooked them for us on Christmas Day 2009. I don’t want to disappoint him too much but the Uruguayan ones were much better! Recommended! Wikipedia does the Empanada here!

Friday’s Featured Food is a regular feature on Don’t Stop Living – a lifestyle of travel !