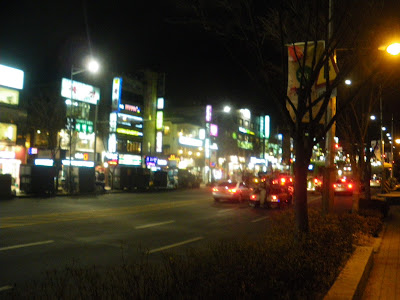 God Give Me Seoul In Your Rock’n’Roll Babe! 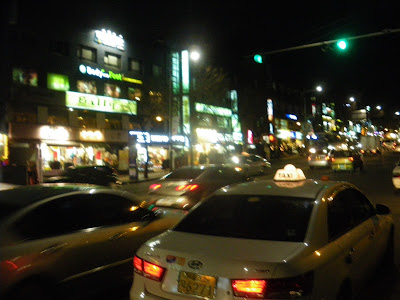 Arrival in South Korea’s Seoul was another of life’s journeys that you have no reason why you take. My 6013 Airport Limosine (which by the way is merely a an elaborate name for a bus) strolled its way through darkness and a chilly air to lead me back to my good old friend Millwall Neil. 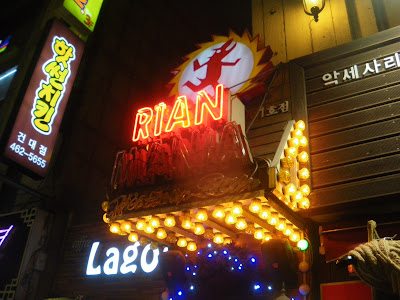 Millwall Neil and I had a habit of not using phones or any form of instant communciation, including on that famous “got drunk for a 10 spot in NYC night“,, hence we had arranged our meeting about 3 weeks in advance. A message on Facebook was something like “meet me in Rianmania, which is close to the Mad Ghost pub near Konkuk University between 7 and 8pm the night you arrive (the 22nd December)”. He knew I’d be there. I knew he’d be there. 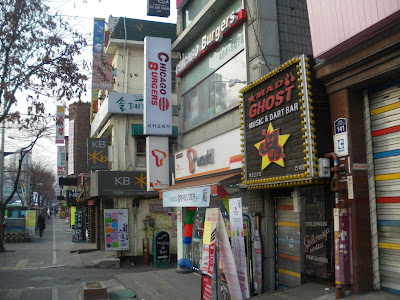 I got off my bus around 7.51 pm, and after 30 seconds I saw the flashing neon sign for the Mad Ghost (I took that photo a few days later – in the emotion and rush I didnt photograph the flashing neon sign at night!). Neil probably couldn’t have picked a funnier or more appropriate pub name to meet at if he tried. Indeed I was mad, even nomad, and in Hong Kong I’m apparently a “white ghost”, Millwall Neil himself had earned himself a similar title in Taiwan. What a coincidence that the pair of us were now both living in Asia, and even stranger that right in the middle of Hong Kong and South Korea, geographically lies Taiwan. The place I had first seen Neil in Asia back in 2009 (though it seemed years ago). 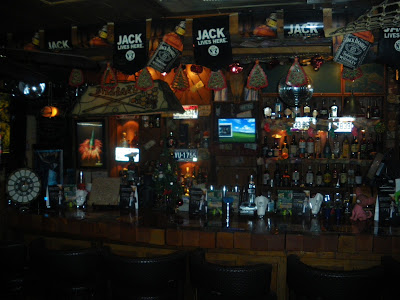 I dashed across the busy road and stood outside the Mad Ghost, then I remembered we were actually meeting in a pub called Rianmania, which was a few doors down. Typically I walked the opposite way for a couple of minutes. Only to come back, turn down a random side street. I turned round and like a blue flash in the darkness, I saw and heard Neil at the same time. Wearing a Millwall hat and sporting this time a moustache (last time it had been a beard), it was another random meeting for us both. I think I counted 7 countries we’d been in together, which spans 4 continents and we even lived together in 2 flats in 2 separate continents (Bournemouth, England in 2004 and Parramatta, Australia in 2009 – 2010). 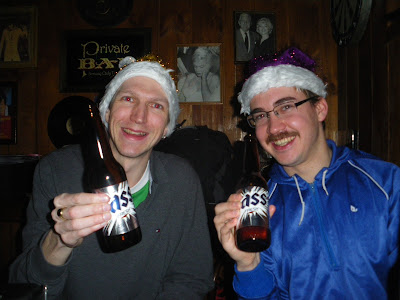 We were reunited once again and I was happily enjoying Seoul. We walked down some steps out of the cold Seoul Winter into the cosy, warm Rianmania, where Neil’s new girlfriend Christina waited. My own girlfriend Panny Yu would arrive the following night. 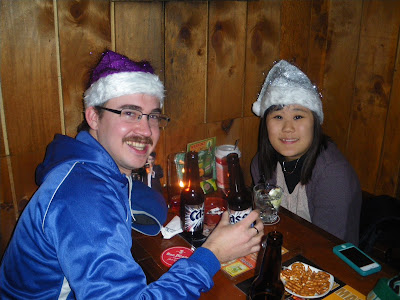 Neil and Christina. I brought them santa hats and a few Christmas Presents. There were free Pretzels while you drink in Rianmania. 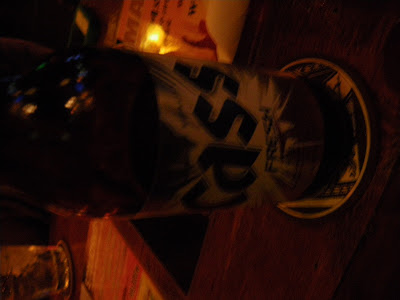 My first ever South Korean Beer – A Cass. Neil says you have to cover the “C” when you drink it so it looks like “ass”. I missed that British comedy. 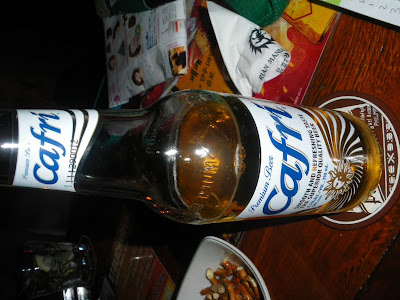 It was a great way to start the South Korean adventure and have a catch up. I also had a Cafri in there, which sounded like Caffreys (a Northern Irish Ale), but this was local lager. It always tastes good when you’re in good company and travelling. This meeting with Neil, confirmed the fact that we have seen each other every year inclusively since 2004, where I first met Neil. That’s a total of 8 calendar years. Indeed apart from my girlfriend Panny Yu, he is the only other person I have been with in 4 continents!! 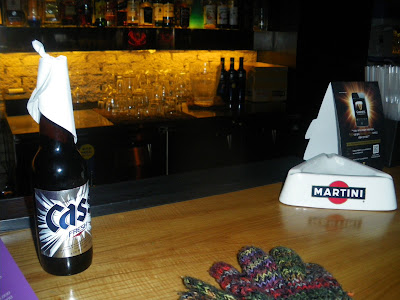 Once I had relaxed, Neil and Christina then outlined our plans for the next few days, how they working and we decided to go back to Neil’s flat and dump my stuff off before heading out for a Korean Barbecue and a few beers. I was loving it already, and the fun in Seoul had only just begun…
Transport Used – Airport Limosine Number 6013 (From Incheon Airport to Konkuk University)
Nationalities Met – South Korean, Chinese, English and US
Strange Currencies – South Korean Won
Bars Visited – Rianmania
Bars Waited Outside Of – The Mad Ghost (oddly I never went into the Mad Ghost in my 8 days in South Korea!)
Beers Tried – Cass, Cafri
Temperature – Minus 9 Degrees
Key Song – Let’s All Make Believe (Oasis):
VIDEOS I MADE:
ON THE AIRPORT BUS:
ARRIVAL AT KONKUK UNIVERSITY LOOKING FOR MILLWALL NEIL:
WITH MILLWALL NEIL A BIT LATER ON IN THE STREET NEAR HIS FLAT:
Join 15,017 Monthly Readers! If you enjoyed this article and LOVE travel and SAVING money, get e-mail updates from Don’t Stop Living – a lifestyle of travel! (It’s Free) 😉 Jonny

1 thought on “God Give Me Seoul In Your Rock’n’Roll Babe!”