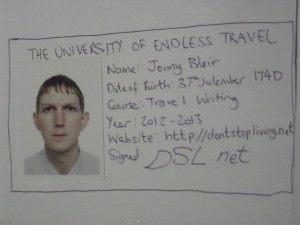 I’m not really recommending getting yourself in trouble but I’m definitely cutting corners and constantly finding ways to budget when you travel. A great tip is to buy (or make) a fake Student ID Card. These days anyone can be a student, as there are so many mature students out there, so you;re never to old to get a cheap pint as a fake student!

How more easy can it be? Find someone who currently is a student and copy their card except for the photo and personal details – make everything match to your own passport/travel document details and bingo. When you’re touring round Africa, some museum isn’t EVER going to doubt that you attend Bournemouth University (for example). 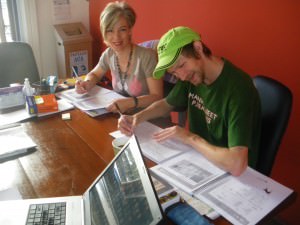 From my travels, I have found that the best place to buy fake student ID cards is actually on Khaosan Road in Bangkok, Thailand. 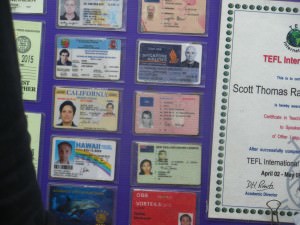 These fake student IDs and all sorts of fake things are all readily available in Khaosan Road in Bangkok, THAILAND

There is an infinite amount of backpacker gadgets, gear and cheap fake stuff available there. Although I am not a big fan of Bangkok, I have passed through its dirty streets on a few ocassions (normally as a stop over) and found myself spending a few nights in different parts of it. Head to Khaosan Road and you can pick up loads of cheap travel stuff, not just fake student ID cards, but these:

– Fake and second hand travel guides (you can buy almost every Lonely Planet there is in Khaosan Road!!) 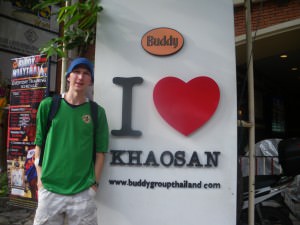 I don’t really LOVE Khaosan Road in Bangkok by the way, but for cheap travel stuff it’s great!!

What can you use fake student ID cards for?

I find that there are a host of places that accept discount for travellers who are pensioners or students, here’s a few examples over the years: 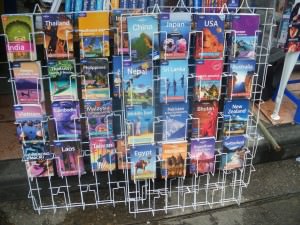 So that’s my tip for today on my regular Monday’s Money Saving Tips feature – if you want a fake student ID card, head to Khaosan Road in Bangkok, buy it and head round the world milking your discounts. Or be a total cheapskate entrepreneur and print one yourself 😉