November 2022 was the scheduled release of a 42 year in making book, my epic ChampIAN STEWARTnova. Following the Northern Ireland football team 1980-2009.

In true irony, the only parts of that book that remain in full are the only TWO parts NOT done by me.
1.The cover art and design. I have them on email thank God, from Daniel Sidebottom, my designer. As well as uploaded to this blog.
2.The Foreword written by World Cup footballer (Mexico 86) Ian Stewart. Ian emailed it to me, so I have it.

The rest is lost forever despite me backing it up in three places.
1.My laptop desktop. Standard. Stolen
2.My backup hard drive. Also standard but I backed it up in June 2022 last, which was before a lot of the very final edits and chapter adding. RETRIEVED!!
3.A special USB I had only for my books and poetry. Stolen.

Imagine on one day, I take ALL THREE of those out of my flat with me. And on that day a criminal asshole that should be sentenced to life imprisonment cowardly and callously steals my laptop on a bus with a snatch and grab attack. It all happened so fast and I only realised the horror of that nasty theft when I returned to my flat.

It was then I realised that for once, I hadn’t emailed that book to myself or anyone. I had only those three backups of it. I hadn’t saved or written it anywhere else. That book, with 42 years of effort was gone.

It was a BRILLIANT BOOK. It had stories from watching Northern Ireland football matches from 1980-2009. Once it was finished, I started working on the follow up book, untitled but to be about “20 years following Northern Ireland without actually living there, 2003-2023”. That book was 50% finished as well. It’s gone too.

They’re gone and I don’t have the energy to do 42 more years of work. The only real way I would consider this book being released is if the thief goes to prison or i find a person willing to write/type it all up again if I read it to them. Even then, it will be a different book. I cannot replicate those stories.

For peace of mind, here is the cover art and the final chapter listing, I have a draft version but it will take me a LONG TIME to recover from this and get it ready to release. 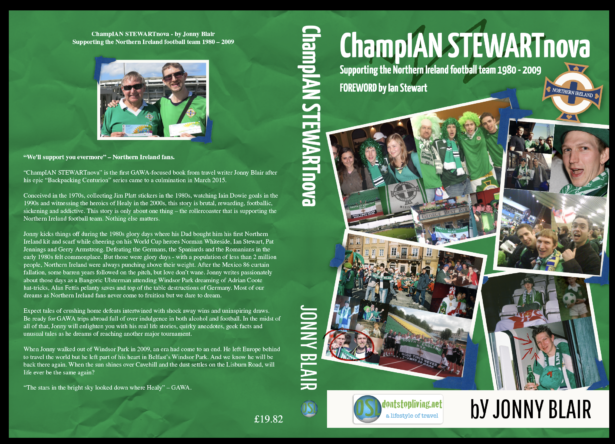 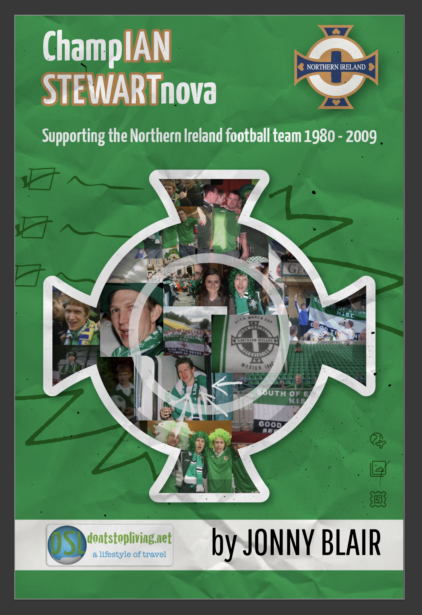 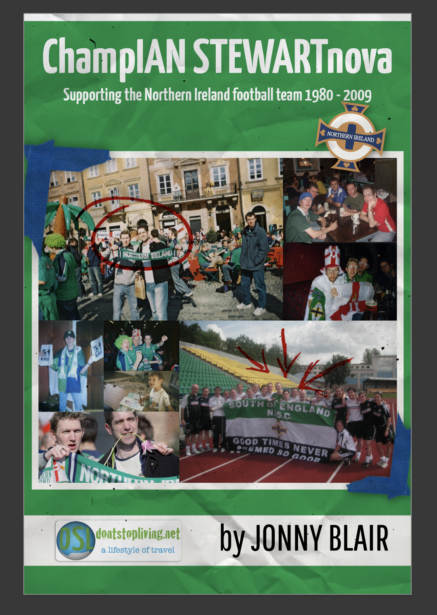 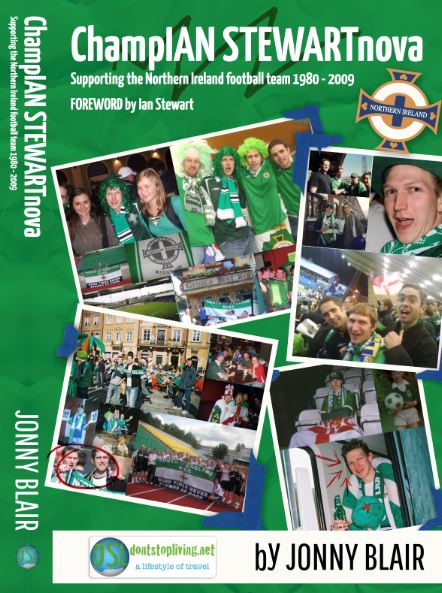 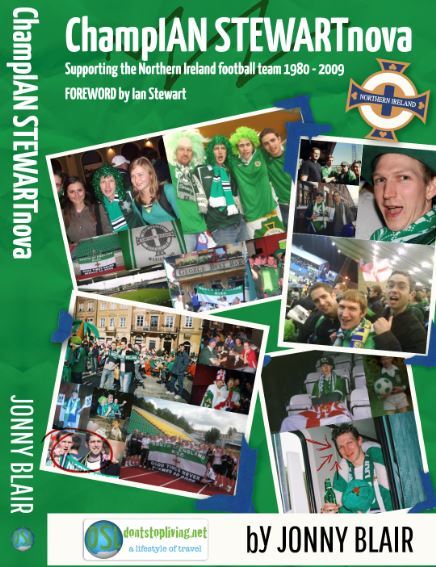 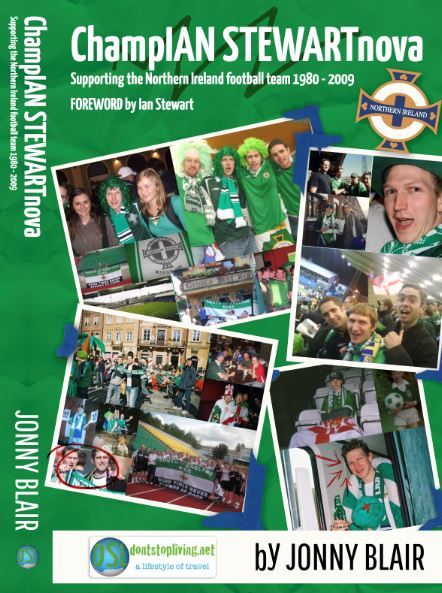 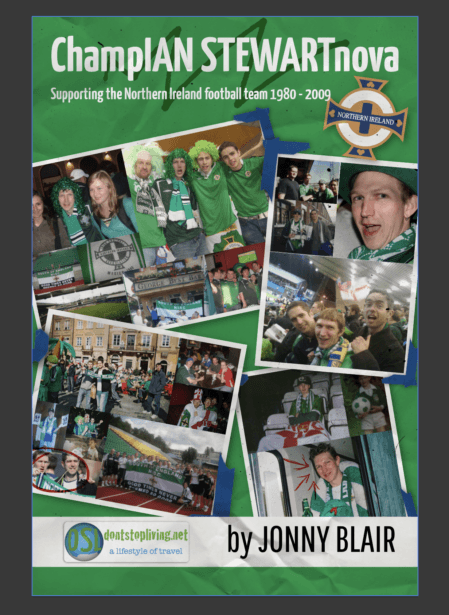 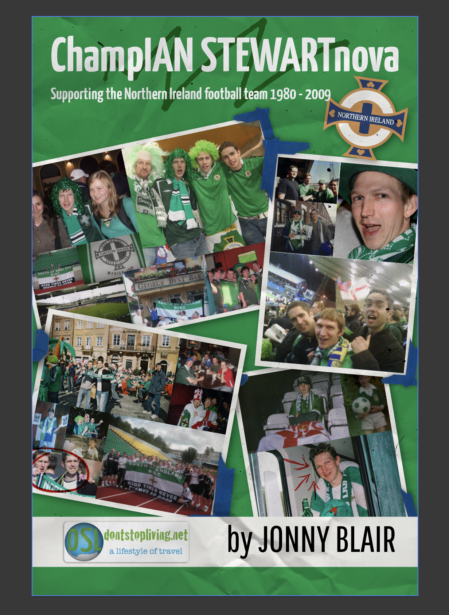