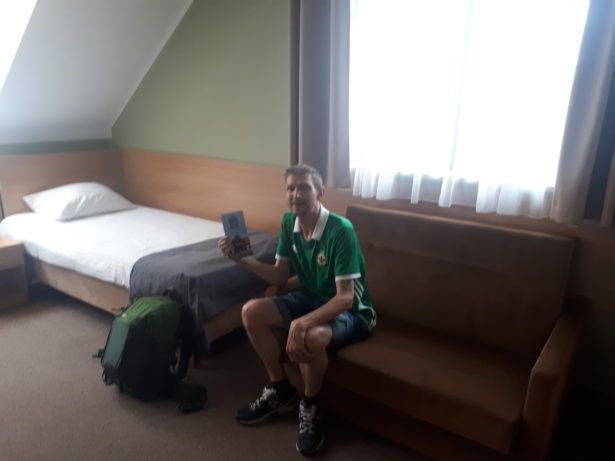 On my travels down the years, I was always looking for obscure, quirky and unique places away from the usual tourist suspects. In the past, this led to my trips to places like Ashgabat, Nukus, Vank and Pyongyang. By coincidence all four of those places all had wacky hotels – something different. It was time for Poland’s Elbląg to enter the fray, and in some style too. 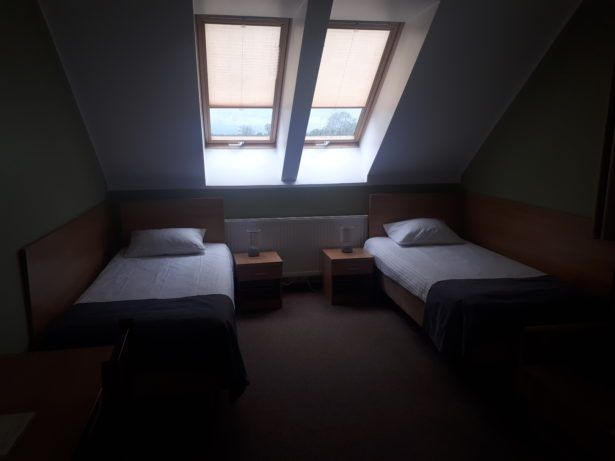 This was an epitome of my long term global backpacking venture of days gone nonchalantly by. In those times, my backpack preferred to swallow an Afghanistan to an India or a Pelplin to a Berlin. Move over popular towns, we got no time to waste. As a special treat I decided to take my Dad with me on the adventure to Elbląg. Dad joked and called the town “El Blanc” as if it was French, but in actual fact the pronunciation is pretty French sounding anyway. 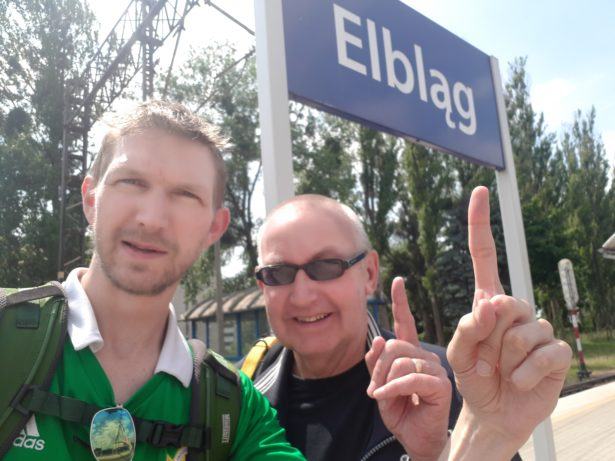 Arrival in Elbląg, Poland with my Dad 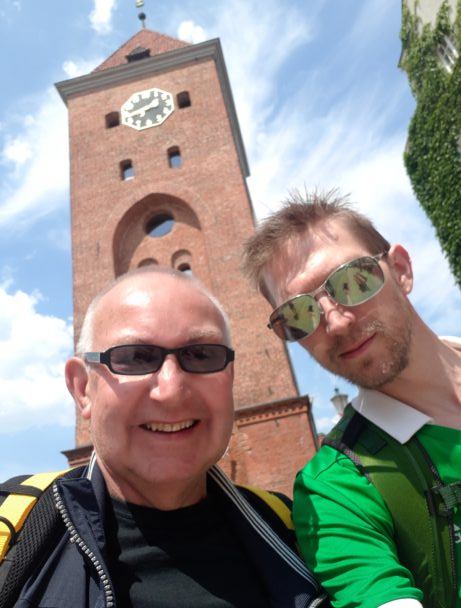 Touring Elbląg, Poland with my Dad

In 2016 I first backpacked in Malbork and Elbląg, two lesser ventured tourist routes as I smuggled my way through Poland’s Pomorskie (Pomerania) Province. On the same trip I also visited the horrors of Stutthof, a German Death Camp by the Baltic Sea. This time, I was showing my Dad some of the sights of Poland for the first time – we would tour 4 Polish cities and 1 Russian city in a hectic week. 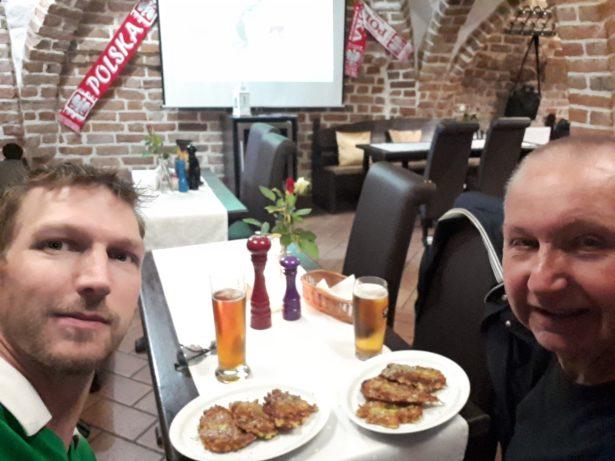 Dad and I eating out in Elbląg 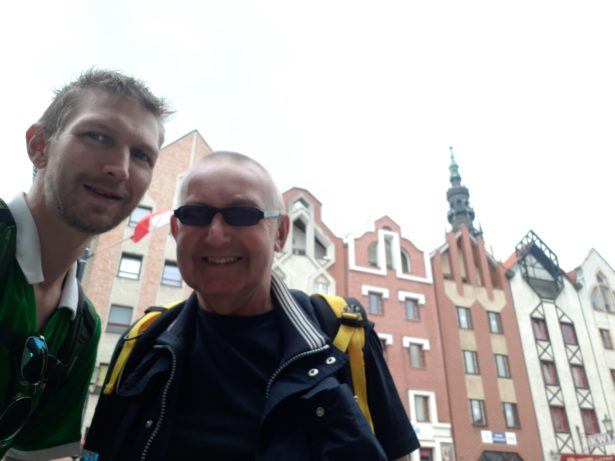 Dad and I backpacking in Elbląg

As well as a lot of urban adventures in cities such as Warszawa, Malbork, Gdańsk and Russian enclave Kaliningrad, we travelled through the pretty Old Town of Elbląg. Instead of spending a night in the heart of this glorious city, I decided on a night of relaxation and tranquility in the nearby Polish countryside. Similarly to my nights in tranquil Polish villages known as Kokoszkowy, Pomlewo and Trzycianka, this was another gem – I stayed in the Folwark Żuławski which is around 5 kilometres from the centre of Elbląg. 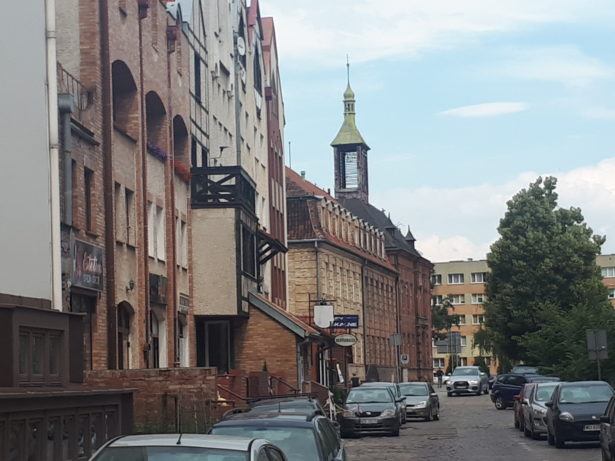 Here are some of the reasons I loved my time at Folwark Żuławski in Polish countryside.

1.Away from the city – in Nature

I need a mix of urban and rural in my life. I love being with nature and still cite Antarctica as the most natural place I visited. Folwark Żuławski sits in gorgeocative Polish countryside near Elbląg. The venue is a standalone building in the middle of peaceful fields. Country walks and being at one with nature are part of the venue’s attraction. 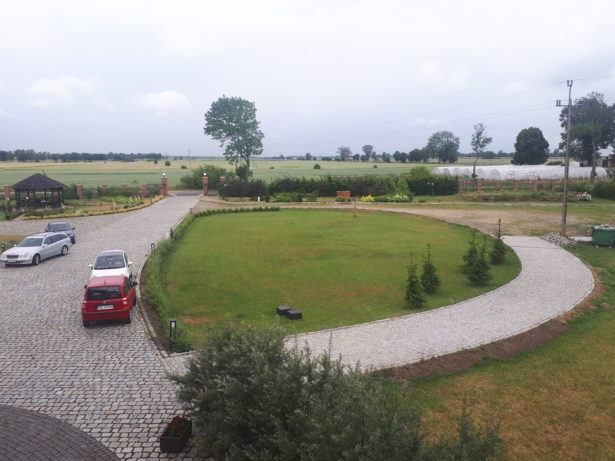 Folwark Żuławski is also only 5 kilometres from the city of Elbląg which is worth touring for its canals. The town was destroyed during World War II but has its old streets well reconstructed, the Stary Rynek. 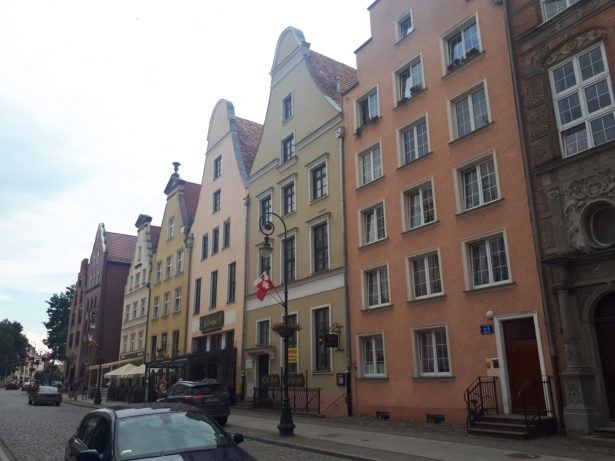 We were in room 102 and it was modernly furnished and clean and cosy. In the room there was a desk, a telephone, a television, comfy beds and a shower room. There was also a “World Cup settee” and it was on this settee over a beer that my Dad and I watched Croatia humble “mighty” Argentina 3-0 in the 2018 World Cup in Russia. 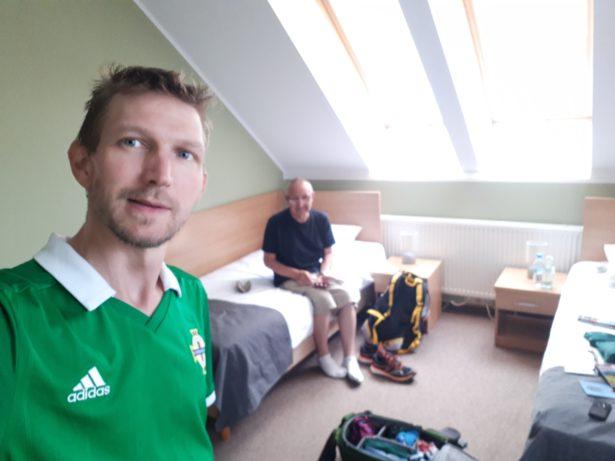 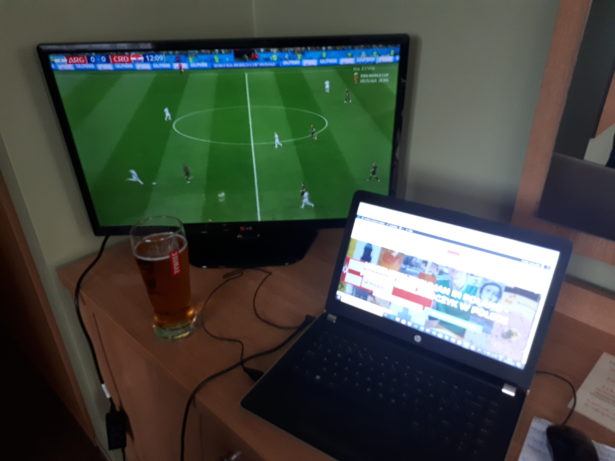 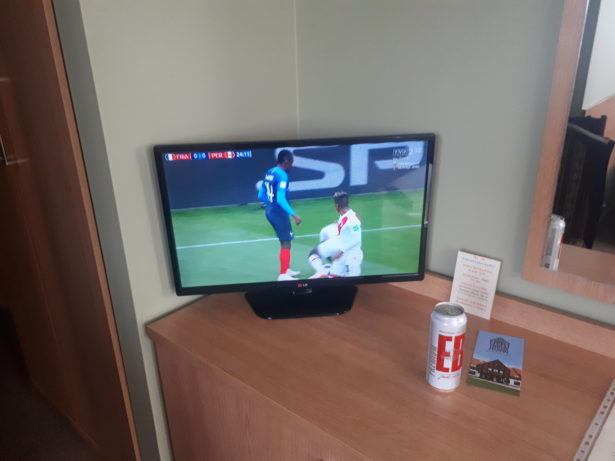 Argentina get smashed by Luka Modric’s Croatia on this TV, we also watched a France match

Easily one of the highlights here was the food which I loved and lapped up – Dad too. A superb menu boasting great Polish food and a few extra international options including Norwegian salmon. I had tatar and pierogi. There is a full bar and restaurant serving up Polish beers and vodkas. We also sank a few cold piwos in tranquility. The venue is also used for other functions such as weddings, parties and special events. 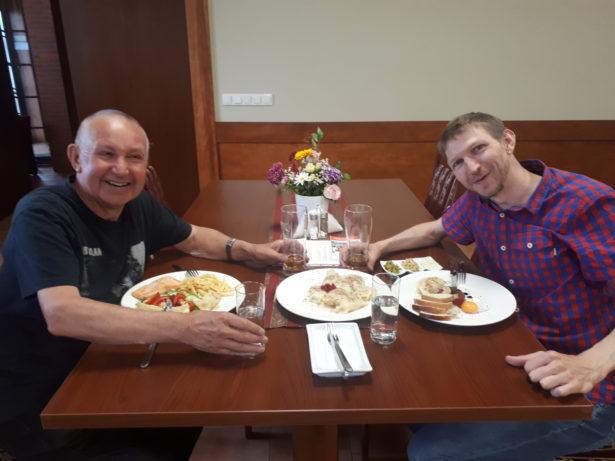 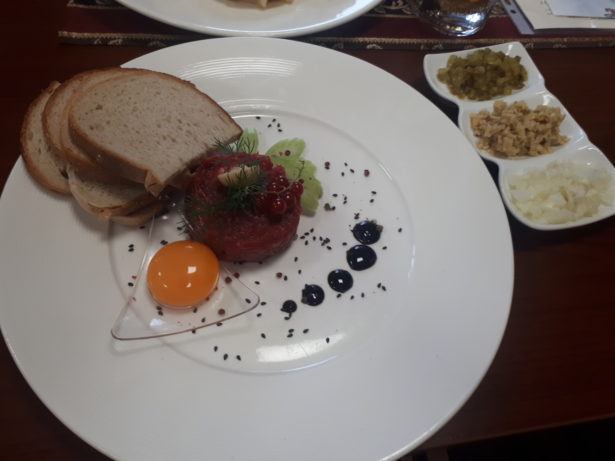 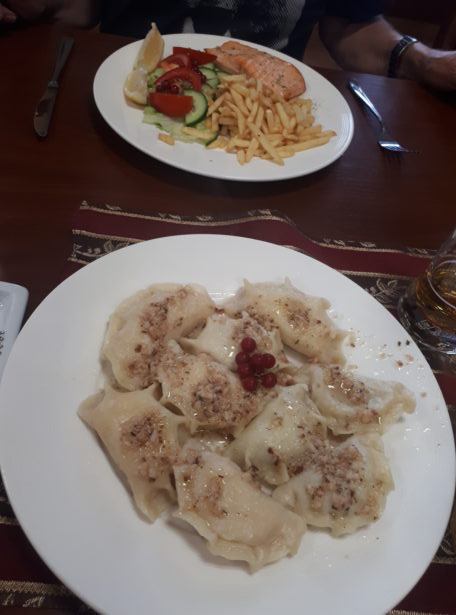 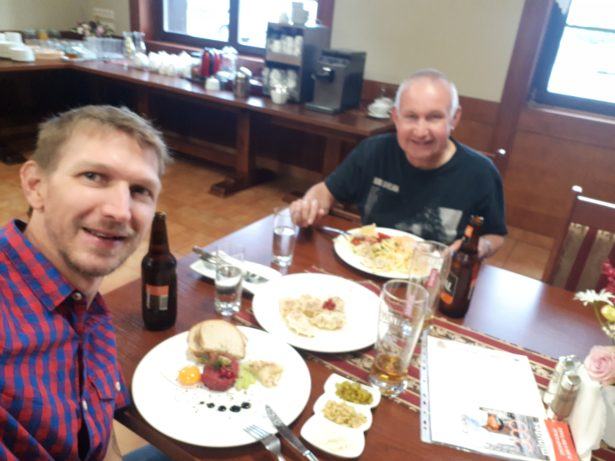 As well as excellent Polish food, staff here make you feel at home. I was welcomed by Przemek and the staff looked after us during our stay here. 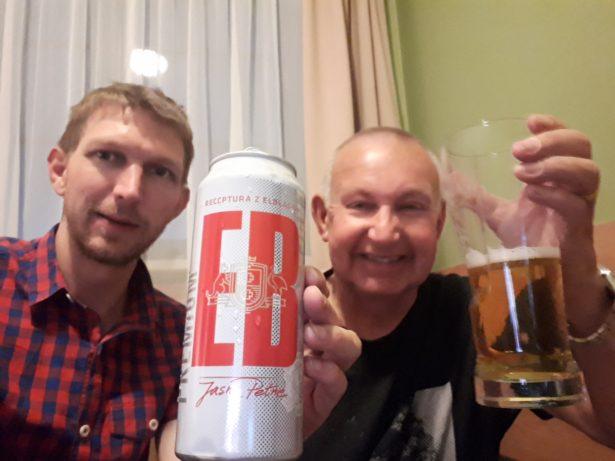 Beers topped up at Folwark Żuławski Hotel near Elbląg, Poland 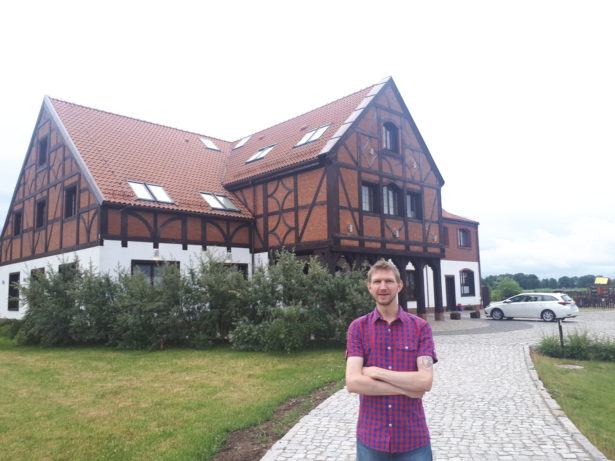 Despite being in remote countryside here at Folwark Żuławski Hotel, the place has fast working Wi-Fi and in room televisions. Yes, I wanted to escape city life for a night, but I also wanted to keep working, writing my blogs and stories and watch the football. The World Cup was on at the time. So it was brilliant that Folwark Żuławski has fast Wi-Fi and modern flatscreen televisions. 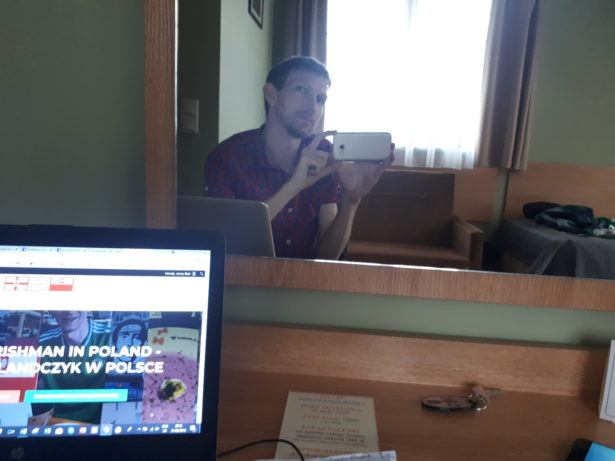 Here are the details for booking a room at the Folwark Żuławski:

Here are some videos I made during my stay at Folwark Żuławski near Elbląg: