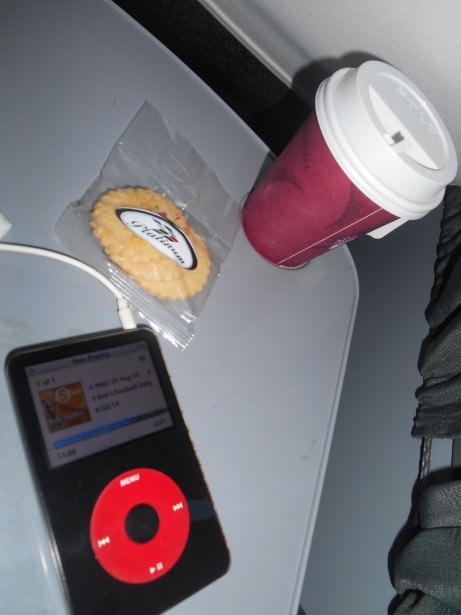 Travellers need music. Sometimes it’s the only thing that keeps me sane on my days of endless bus, train and plane journeys. I have owned an iPod (the same one) for 6 years now, since I was working for Apple and though I have thousands of songs on it, to get me psyched up on any given day of my travels, I can’t go wrong with these ten traveller’s tunes. Music is emotional. Travelling is addictive and I love listening to music on trains. Add these to your next bumpy bus ride through Bolivia! 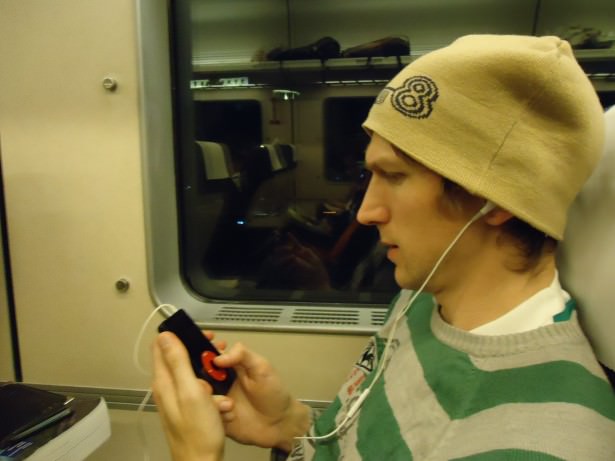 iPod it on Indian trains

When life took me to Australia and working in a local pub, loads of top notch Aussie tunes worked their way into my playlists. I never tire of hearing Cold Chisel, and especially the songs Flame Trees and Khe Sahn. I have so many fond memories of living in the land down under. Khe Sahn has travel and work as it’s theme and in many ways is the soundtrack to my life with it’s lyrics.

Key travel lyric: “I travelled round the world from year to year and each one found me aimless, one more year the worse for wear…”

“…you know the last plane out of Sydney’s almost gone…”

I almost don’t know where to start with my admiration for Scott Gordon. He also hails from Northern Ireland like myself and his songs are as emotional as they come. Metaphorically, Scott is a genius, and the use of the term “last train to somewhere” has inklings of when the Beatles were getting “tickets to ride”. But seriously this tune is better. I remember getting on a train in Hungary a few years back thinking i have no idea where this is going,but at least I know it’s “the last train to somewhere” just as this song chimed onto my iPod. Come take a ride! I highly recommend downloading Scott’s stuff and going to see him live in England – like myself, he’s constantly on tour!!! Scott’s unique sense of humour also goes tongue in cheek with his music…is it last train to somewhere, or last train to Suzie Wongs?

As a teenager in the mid 1990s, ‘indie bands’ were all the rave. 15 years after this song was released it’s still one of my favourites! The CD was in a cardboard case with a pair of shoes on it. Says it all about being a traveller and this truly is the best traveller’s tune when you’re feeling weary as a globe trotter! Say no more – let your ears decide…

Key travel lyric: “where do you go buttoned in your favourite coat, stepping out to a different world, and you might be home late…”

4. The Gigolo Aunts – Where I Find My Heaven:

Top travel songs don’t actually have to be about travel themselves, as this one isn’t but I always love firing it on. At the end of the day, we all want to “find our heaven” or be somewhere that makes us totally happy in an instant, and this song does that. Once the theme song to a British Sitcom, Game On, this is a gem for the world wanderer…

Key travel lyric: “these sacred moments of silliness are where I find my heaven…”

Sometimes you really need to listen to those guitar drenched songs with a meaning. This song came out in 2002 when I still lived in Northern Ireland. Lyrics about leaving things behind and starting a new life are inspirational to me and this song by The Doves has it…don’t let life pass you by and don’t stop living!

Key travel lyric: “you turn around and life’s passed you by”

6. Everything But The Girl – Missing:

This song is probably as “dancey” as my list gets, and I love this one – the whole idea of heading back to your home town and your old street and everything has changed (at least that’s my interpetation of this tune). It’s sentimental, emotional and let’s be honest as a global traveller we often feel “missing” at times, like we don’t belong anywhere…

Key travel lyric: “it’s years since you’ve been there, now you’ve disappeared somewhere, found some better place and I miss you…like a desert’s missed the rain”

The Eagles were made for road trips. But having said that, I’ve chosen a song which to me represents moving on and having to change your setting quickly and adapt to a new one, the double entendre of Tequila Sunrise is a traveller’s dream. Imagine having a cocktail as you view a sunset. Just amazing!

8. Crowded House – Either Side of the World:

Crowded House are one of my favourite bands, and I was delighted that they decided to re-form a few years back. Hailing from an unknown village in the north island of New Zealand, Neil Finn and the boys have travelled the world with their music. Inspiring lyrics and happy go lucky tunes are what Crowded House are all about. I’ve chosen one of their most recent tunes for inclusion on this list. When I’m stranded on my own in the middle of nowhere, this reassures me that everything will be alright!

Key travel lyric: “enjoy it while you can, happiness is far from home”

A visit to Moscow and a summer fling with an Estonian girl add travel memories to my Russian adventures. This song, which pretty much represents the fall of communism says it all. When you’ve been to Moscow and places like Gorky Park you can begin to understand the changes that the former USSR has been through. My travels have taken me to a few former or current communist countries including Laos and Hungary.

Key travel lyric: “Take me to the magic of the moment on a glory night”

For some unknown reason, I only ever listen to R.E.M. when I travel. I find them like a global travelling rock band, especially since their 1996 album, New Adventures in Hi-Fi was written and recorded on the road. The band have now split up, but their glory days live on.

Losing My Religion, Daysleeper, Man on the Moon and this one, Imitation of Life are absolutely amazing for bus journeys: