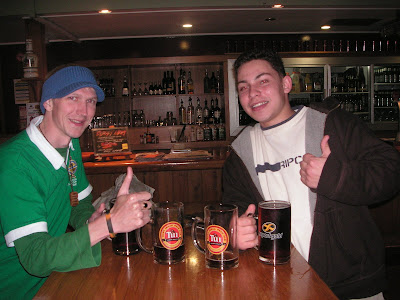 After the madness of Rotorua and Lake Taupo, I decided to stay in Hamilton, which is a bigger city, and less touristy. It was an ideal place to relax, chill out and meet some cool people. I stayed in J’s Hostel near Hamilton Gardens, with two decent pubs nearby. Beck from J’s Hostel even picked me up from the bus station, which would have saved me a 50 minute walk. These people are so nice and so friendly. The best thing about Hamilton was the peaceful walk by the Waikato River, Cobham Bridge and the excellent Hamilton Gardens. Hamilton is referred to as “in the heart of the Waikato.” I also enjoyed playing guitar in the hostel, and as such dedicated and wrote songs for the English, Chinese and New Zealand staff in there. Ironic that I should meet Yang from China there, as that was to be my next main place to visit. Yang told me some useful information and also some Chinese, which would be needed since nobody there speaks English!! I wrote a song on the spot which goes “the only reason that I’ve heard of China is I bought a map and it had China on it, and I hope that I can find my freedom in China…” 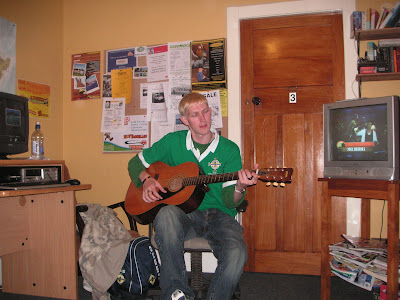 I also visited the nice city centre, getting an obligatory photo of my Ulster fleg by the Ulster Street sign. For those unaware, I come from Northern Ireland which is made up of six counties from the nine county Ulster province in Ireland. Northern Ireland is therefore sometimes referred to as Ulster. I suppose it’s similar (in a way) to how people confuse Holland to be The Netherlands, when it is a mere part of that entire nation. Ulster Street as it would happen, was one of the biggest and longest in Hamilton. I also did the Irish pub (Biddy Mulligans), the British pub (The Fox), a sex shop and the shopping centre. It gave me a nice chance to chill out and I’d recommend Hamilton as the city for this after the madness in the other towns and cities. It is also a student city, though I didn’t see much evidence of this when I was there (though July maybe not the best time for that). 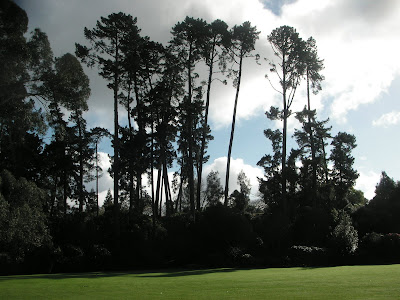 A quote from an English guy I met on my travels made me laugh. I said to him, “there’s not many people about for a city, in either Hamilton, or even Auckland.” He summed New Zealand up by responding “There’s just not many people about, anywhere, this is New Zealand.” Absolute class, and following more chat with friendly bus drivers and locals, I was off north again back to Auckland for another day and a half.
Bars Visited – Eastside, Biddy Mulligans, The Fox and Hounds.
Beers Tried – Macs Hop Rocker Pilsener, Macs Gold All Malt Lager, Tui, Speight’s Gold Medal Ale, Monteith’s Dark, Monteith’s Pilsner, Monteith’s Gold, Monteith’s Radler.
Transport Used – Bus, Car.
Nationalities Met – New Zealand, Australian, English, Danish, German, Finnish, Indian, Chinese, Canadian.
Currencies Used – New Zealand Dollars and Cents.
Where I Stayed – J’s Backpackers, 8 Grey Street, Hamilton: http://www.jsbackpackers.co.nz/
Average Price of a Pint – 6 nz Dollars.
Favourite Food – McDonald’s Kiwi Burger (really nice – with egg and beetroot).
Favourite Drink – Kiwi Fruit Tea.
Favourite Thing in Hamilton – Hamilton Gardens.
Moving Moment – An early morning dander through Hamilton Gardens in the middle of New Zealand’s winter. The most relaxing walk I have ever enjoyed, no-one was about.
Key Song – The Only Reason That I’ve Heard of China (by me)
FACT – Hamilton is strategically located on four major highways, and has the biggest railway junction in New Zealand, serving the country’s two busiest railway lines — the North Island Main Trunk line and the East Coast Main Trunk.
RELAXING IN HAMILTON GARDENS:
Join 15,017 Monthly Readers! If you enjoyed this article and LOVE travel and SAVING money, get e-mail updates from Don’t Stop Living – a lifestyle of travel! (It’s Free) 😉 Jonny