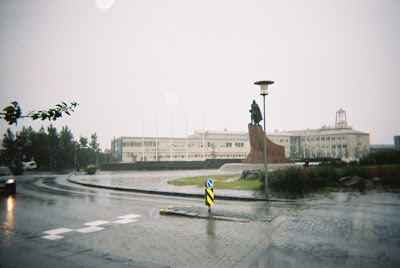 Backpacking in Reykjavik, Iceland: The world’s most northerly capital city

So Iceland? So Reykjavik! I always wanted to go and so should you. It is the world’s most northerly capital city. The country is massive, but the population is low. The people are lovely and the scenery is amazing. I was lucky enough to end my entire World Tour in Iceland! What a way to finish… 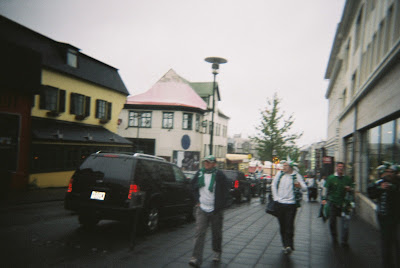 I stayed in Aurora Guesthouse in central Reykjavik, which was lovely. It did the job and is also opposite the highest building in Iceland. An amazing church called Hallgrímskirkja. The streets of Iceland are incredibly tidy, colourful and gorgeous in their blandness. You’ll find some sort of affinity with the place if you have any desire for culture and people. The weather is also cleansing on the soul. I had a mixture of heavy rain, low sun and blistering winds in my two days in Reykjavik. 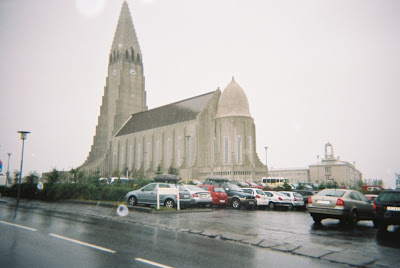 The food and drink is expensive and the language can be hard to learn. Takk is thankyou, and you will find most speak a good amount of English. A far cry from my days in China, The Russian Federation and Belarus when communication was impossible. Like a few of the countries I’ve been to, I was there to watch my national football team, Northern Ireland. Supporting Northern Ireland was my life as a child and I can’t say I’ve changed. From Whiteside to Black to Lomas to Johnson, I’ve been there to support. It gives me a chance to see life, people and culture while enjoying my sport and my blatant patriotism for all things Northern Irish. 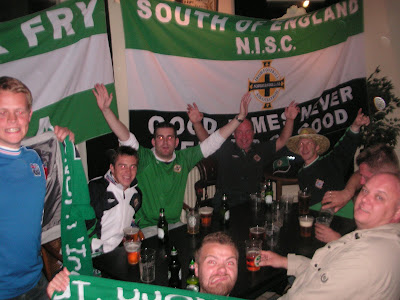 Anyway, if you do Iceland, you’re best to stay in Reykjavik and then do the Golden Circle tour, everything falls into place from there and you’d be a fool not to see these sights. In front of the large church, there is also the statue of Leifr Eirikson, a famous explorer. Like some of the statues I had seen on my travels, this was also a present….from the United States.

My only tips are bring a coat and a camera. It aint the sunshine state…

Where I Stayed – Aurora Guesthouse near the city centre.

Average Price of a Pint of Beer – Around £8 normally but check out Belly’s Bar for your £4 pint. Lovely.

Favourite Food – Didn’t eat much due to the prices, but they love their whales…!

Favourite Thing About Reykjavik – Safety, never felt at threat to terrorism or theft.

Moving Moment – Getting drenched while walking to the football stadium at Valur, to see where my football team, Glentoran FC once played.

A VIDEO FROM REYKJAVIK AFTER THE FOOTBALL MATCH, SEPTEMBER 2007:

1 thought on “Backpacking in Reykjavik, Iceland: The World’s Most Northernly Capital City”