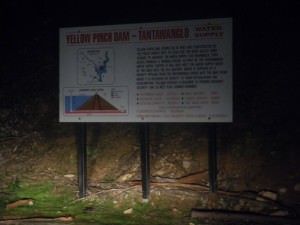 Apart from Tasmania, Victoria is the smallest state in Australia, which actually came as a surprise to me, as I had passed across the border into New South Wales before I even knew it… 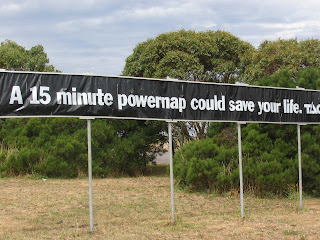 The road signs change slightly – individual state governments have different road sign ideas. To slow drivers down and prevent accidents, Victoria has signs with “Take a Power Nap” on it, these signs cease once you cross the border into NSW. 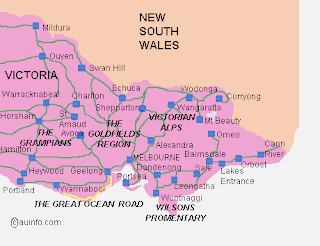 From the end of 90 mile beach at Marlo, I continued my journey beneath the darkening sky until a coffee and sandwich stop was needed, some time around 7 pm. 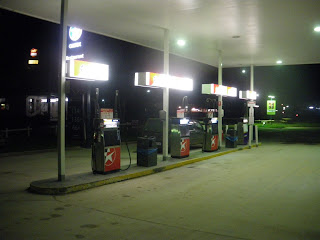 At this point, I had passed the locations of San Souci (Italian sounding) and Cabbage Tree Creek, and soon arrived in Cann River. Yes, in typical Australian style, it was a town and NOT actually a river (although the Cann River runs through the town). Pretty ludicrous the way the Aussies do that, I mean can you imagine if Belfast’s real name was simply “Lagan River” or “Cavehill Foot”. 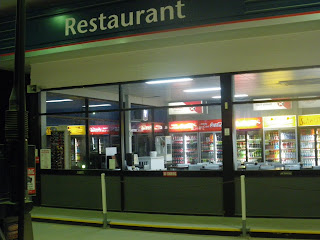 The petrol station in Cann River doubled up as a restaurant and a World Cup Zone. Well not really but I caught some highlights in there while I waited and sipped coffee. I filled the car up with petrol too. 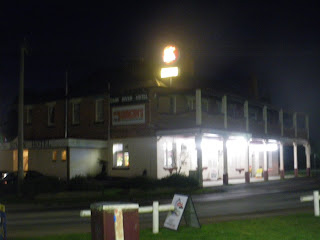 Cann River was a small place, and at night the only other thing I could see was this pub, on the other side of the road. 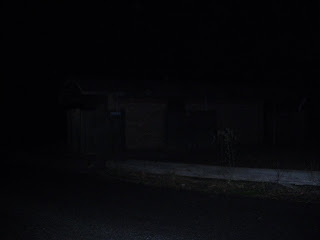 I must say up to this point, the roads were amazingly straight, smooth and easy to drive on. Compared with Tasmanian roads, the drive was a piece of piss, as a British person would say. This would continue actually pretty much all the way to Brisbane. 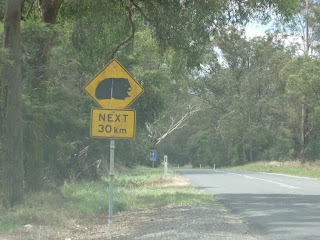 But for now I passed very forested areas, but with no threat of wildlife from (kanga) rooneys or even the dreaded wombat. One of the areas was Alfred National Park.

On up the highway 1 and I had passed Genoa. This meant I had been to places in Italy, Iraq and Israel without even venturing into any of those countries. I saw the turn off to Malacoota at Genoa and pondered what might have been. It wouldn’t have been much good at night. 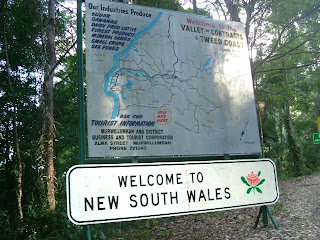 Just after that came the premature sign “Welcome to New South Wales” and suddenly I was on a straight northern trek. By-passing Sydney by dinnertime the next day was easily manageable even with sleep, petrol stops and sightseeing. The first random settlement in NSW fell to the locality of Timbilica…followed by Eden which was decent sized town where i had absolutely no desire to stop in. 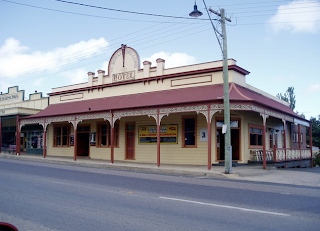 I parked at Pambula, one of the first towns I passed into in New South Wales. The town was dead. The pub was empty, the streets were dark and the height of entertainment was a few people walking down a hill after a church service. Their elegant Tuesday night attire made for a 60s film moment under Pambula’s orange lamposts. 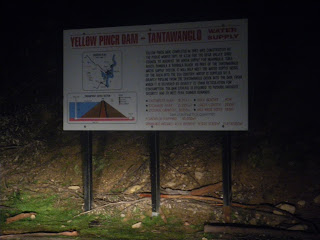 After that I noticed the only vehicles on the roads were juggernauts. This was the hilly part of the journey. The roads were up and down hill and swerved in and out at times, but it was still an easy drive. I was getting a wee bit tired and saw a turn off for a rest point at Yellow Pinch Dam. 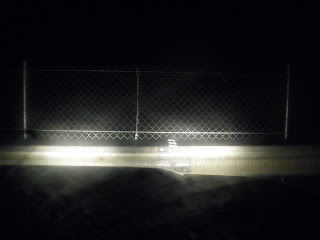 I decided to park there and sleep. I overlooked the dam. I was the only car there in the middle of nowhere, in between the settlements of Pambula and Bega. The lights in that photo were from my car headlights. It was the darkest place I’ve ever slept. 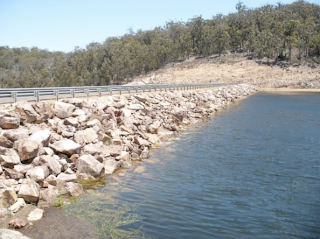 Yellow Pinch Dam in daylight (not taken by me). I awoke early morning after a pleasant dark lonely sleep and decided to drive to the next nearest northern town, which was Bega. 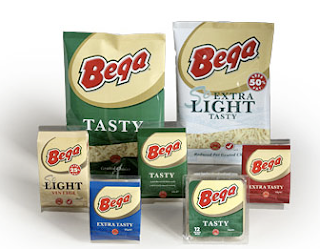 They make cheese there. But I wanted to watch the football there. 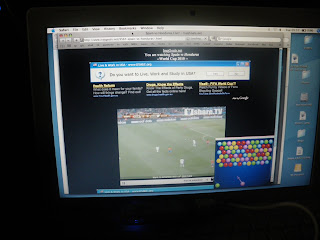 I went on my laptop and watched Spain v Honduras live in wireless internet on my laptop. The battery was 100% so I was able to watch most of the match, turned off the last 20 minutes of the first half. 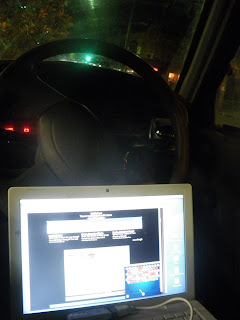 Spain made amends for their opening match defeat (they lost 1-0 to a boring Switzerland) by winning 2-0 against Honduras. David Villa scored two screamers.


Once it was daylight and that match was over, it was onwards and northwards with the first major stop being Kiama, however I took my time and even made a morning “nap stop” at Nowra.

A STOP AT CANN RIVER: