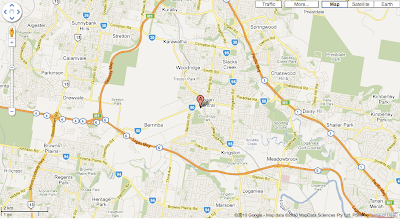 I hadn’t seen Owen Millar for 3 years, well 2 and a half really. Since the SOENISC meeting in Weymouth in December 2007, I finally met up with my good old mate in June 2010. Both our lives had changed somewhat in the intervening years. Yet we both ended up in Australia somehow. 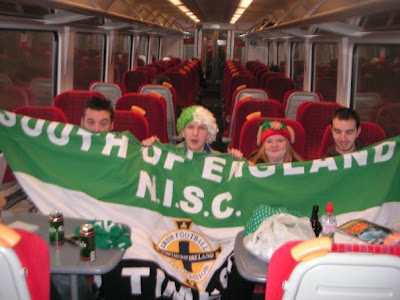 Even in Australia it’s hard to meet up with people you know, for example my mate Lock In Lee has been here for about 6 or 7 months and I still haven’t met him here. Australia is just so vast that this type of thing is hard to do. I’d been here 8 months before I managed to meet Owen Millar.

And from The Dorothy Inn on Weymouth seafront, the mast place I saw owen Millar, suddenly the next meeting location for us became the car park outside Logan City Tavern in the city of Logan in Queensland. Or as it can be referred (often harshly and possibly not the best use to English…) “Bogan Logan”!! Which makes it sound like some way out west time warped shanty town. 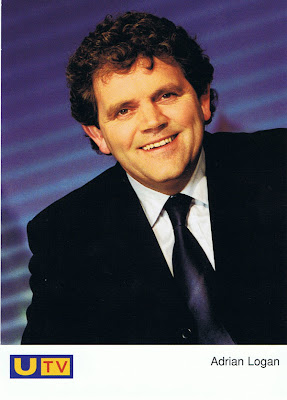 Yet its just Logan City, the fourth biggest city in Queensland. I had never even heard of it until Owen told me he worked there, for Logan City Council. So the plan was for me to drive to “Bogan Logan” and meet Owen after work before following him back to Brisbane to spend about a week up there, including being there on the opening night and launch of the Brisbane Northern Ireland Supporters Club. It’s a never-ending job this football melarkey…the relevance of UTV Northern Ireland Sports Reporter to this report? (We were meeting in Logan, his name was Logan and we were both Northern Irish). 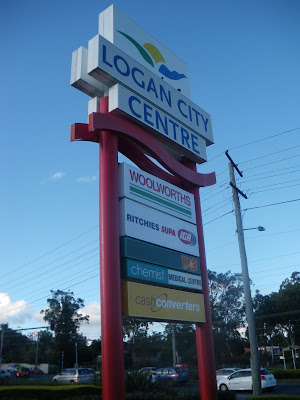 So the location of Logan was set as the reunion, but until the day we hadn’t actually chosen a location in Logan itself. I had suggested a local pub for a quick beer before heading back to Brisbane. But nothing really materialised, that is until an Irish Pub in Surfers Paradise was closed. Confused?? 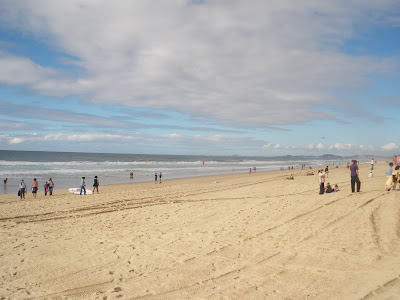 Yes you should be. I was in Surfers paradise that morning and was texting Owen ahead of the meeting later on, when he suggested I could pop into a wee Irish Pub for a drink/snack in Surfers. 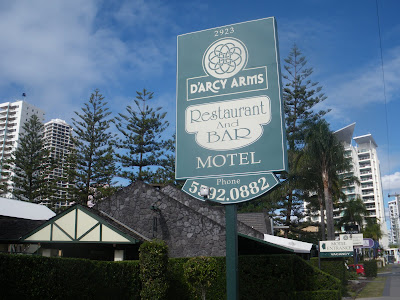 The pub was called Darcys and has a fire in it and is meant to be fairly traditional. However, on arrival, it turned out to be shut. Well it is the winter in Australia. So I wanted another stop on the way back to my car. 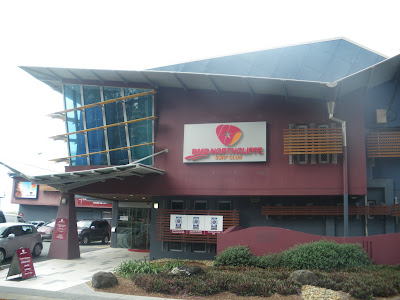 So I happened by chance upon the surf club by the beach. There are loads of these “Surf Clubs” all along the Gold Coast. As my mate George Sutton said “we don’t really have pubs here, just surf clubs”, too right he was and they are all damn well chilled out! Very relaxed. All by the beach and anyone’s welcome. As long as you sign in. 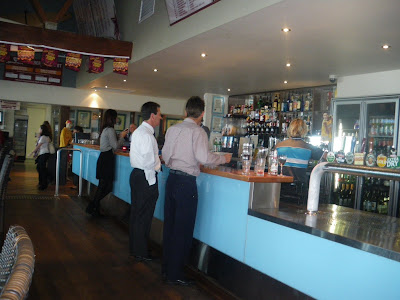 This particular Surf Club was Northcliffe Surf Life Saving Club. I bought half a beer in there and decided to chill out in the sun on the balcony, which overlooked the beach and the lifeguard station. It really is a class chilled out life at Surfers Paradise. 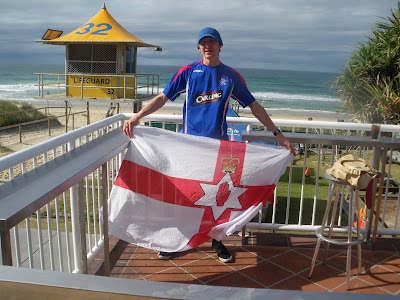 On the balcony I met Marsha, who I asked to take a photo of me. It was a big big coincidence as Marsha said to me that she was from Logan, where I was headed. Even stranger was that she was waiting on a lift back up to Logan. So I invited her out to meet me and Owen for a drink in Logan, even though we had no venue. 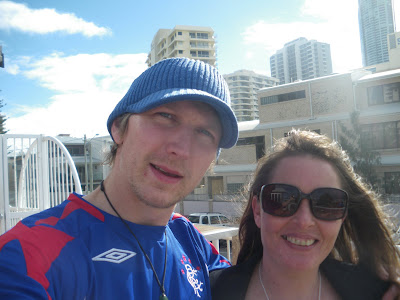 Marsha suggested the Logan City Tavern for a drink. I texted Owen and it turned out it was on Wembley Road right next to Owen’s workplace. Owen described the Logan City Tavern as “not the most finest establishment if truth be told” and so that had to be the location where I would meet up with Owen Millar for the first time in 3 years. 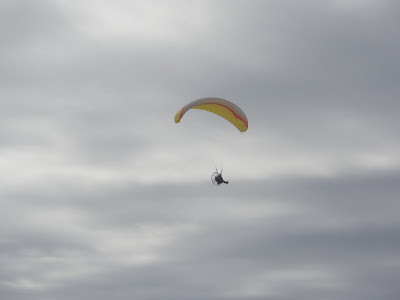 In the meantime we relaxed on the balcony of the Northcliffe Surf Club. An engine propelled parachute type thing glided by us at one point. 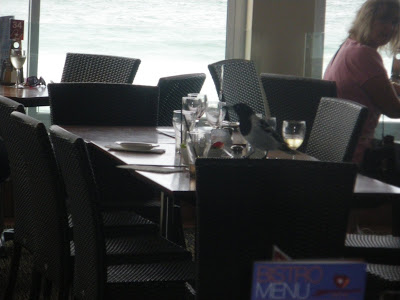 When it got a bit windy we came inside and there we saw birds in the bar. Not often you see that so I photographed it. White and black birds. 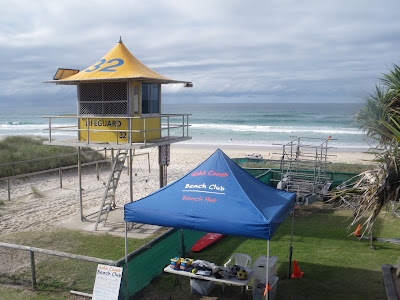 I got Marsha’s phone number, arranged to meet her in Logan later, before I left the Surf Club and had a leisurely dander in the sunshine back to my car. It was shorts and t-shirts weather again, despite it being Winter in Australia. 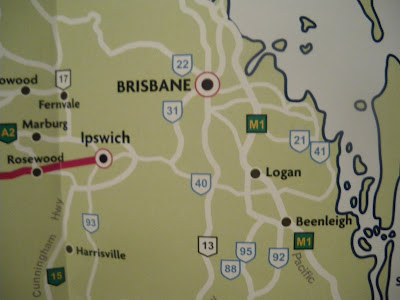 A quick 45 minute drive along the main motorway and suddenly I was in “Bogan” Logan! It was nothing like I had expected. It was a built up city. I had this kind of image of a sandy auld shanty town with some huts, camels and a drinking waterhole next to the only office in the area which I imagined to be Owen’s workplace. 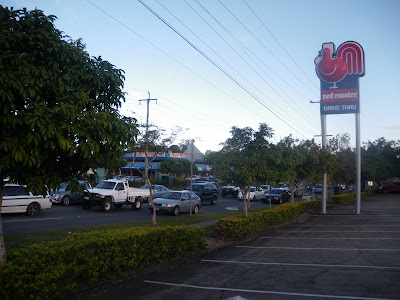 I parked at the car park on the corner of Wembley Road. This was my welcome to Logan. A massive shopping centre, and another closed Irish Pub. 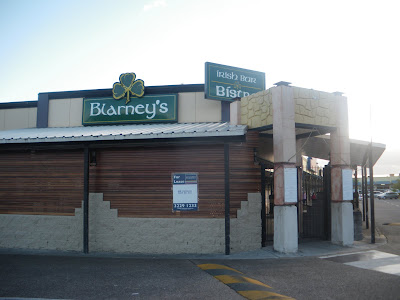 This one, Blarney’s was closed for good. That would have been the venue for meeting Owen actually.
I waited there and had a look around. I decided there wasn’t anything in the way of sightseeing in Logan, after I drove down Wembley Road, one of the main streets. 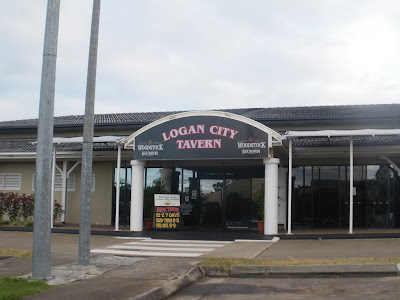 So I decided just to park outside the Logan City Tavern and wait for Owen. I had time to kill and updated my notes and used my wireless internet to update that I had arrived in “Bogan” Logan. 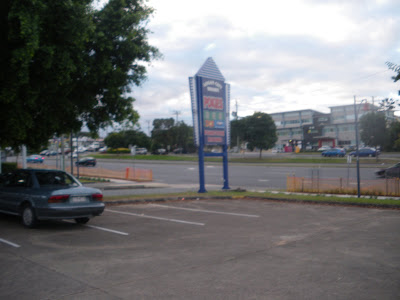 I watched the You Tube video for Thin Lizzy’s “The Boys Are Back In Town” and about 10 cars later, Owen Millar drives into the car park and parks alongside me. Reunion complete. And who would have thought that from the Dorothy Inn on a cold Weymouth South Coast, the next meeting would be in a pub car park in Logan. I reckon neither of us would have heard of Logan back in 2007. Apart from Northern Irish football     and sports reporter Adrian Logan. 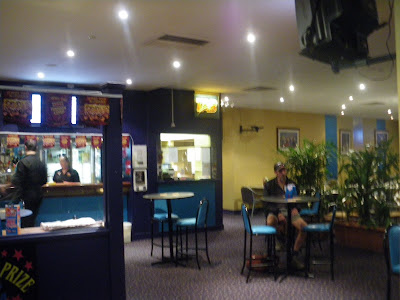 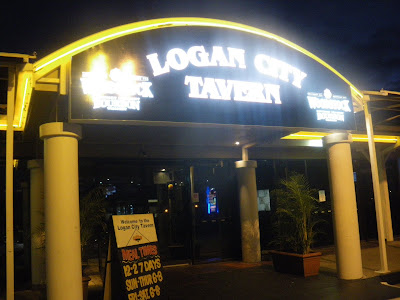 We had a catch up chat. The pub was less than dodgy compared with what we had thought. There were a few odd characters and many different races in there. We made a quick plan/idea for the evening ahead which was basically to form the Brisbane NISC in a wee pub called the Pig and Whistle (that would be later on in Brisbane, some 20 kilometres away). 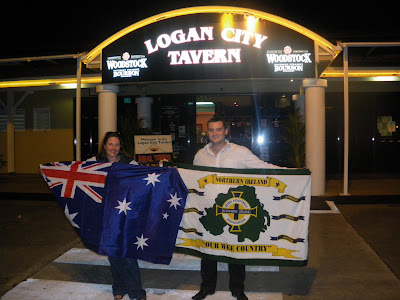 Marsha hadn’t arrived, but then just as we left the pub there she was. I was actually going over to her to get her to take the obligatory fleg photos of me and Owen, when I realised it was her. She couldn’t make the meeting later on, but posed with us for the photos outside. 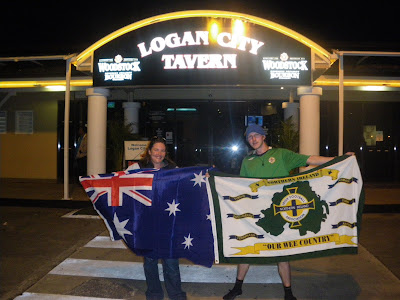 The photos came out well actually with the Logan City Tavern sign illuminated in the background. 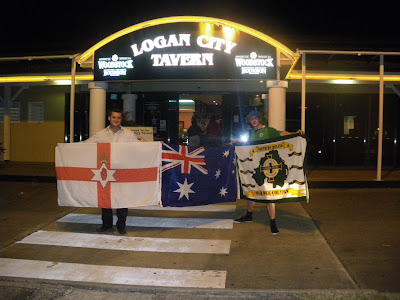 As much as I’d have wanted to, my short trip to “Bogan” Logan was over. I followed Owen out of the city in his car and it was time to make history again…in Brisbane. And it was also time to end my 2,224 kilometre road trip up the south and east coast of Australia. Onto the next dream…
Where Is It? – Logan (nicknamed sometimes “Bogan” Logan)
What Is It? – A city south of Brisbane, Logan is the 4th largest city in Queensland
Sightseeing – A Closed Irish Pub, A Signpost for a Shopping Centre, A McDonald’s, The Logan City Tavern
Local Pub – Logan City Tavern
Beer – XXXX Gold (when in Rome…)
Who Went – Owen Millar, Jonny Blair, Marsha
KEY SONG:
THIN LIZZY – THE BOYS ARE BACK IN TOWN:
A Few Related Videos –
ADRIAN LOGAN on UTV LIVE, NORTHERN IRELAND:
MY ARRIVAL IN ADRIAN “BOGAN” LOGAN CITY:
WHAT COMES UP UNDER BOGAN LOGAN ON YOU TUBE:
Join 15,017 Monthly Readers! If you enjoyed this article and LOVE travel and SAVING money, get e-mail updates from Don’t Stop Living – a lifestyle of travel! (It’s Free) 😉 Jonny