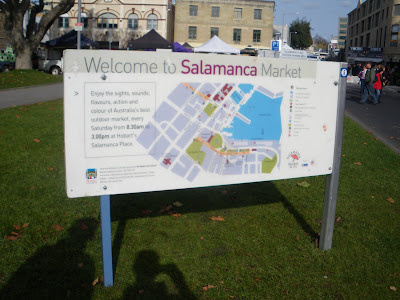 Salamanca Market is a famous market in Hobart, Tasmania. I’m not sure why it’s called “Salamanca” market, possibly leant from a traditional style Spanish market, but these days there’s definitely nothing Spanish about this pretty little morning market in Tasmania’s capital. 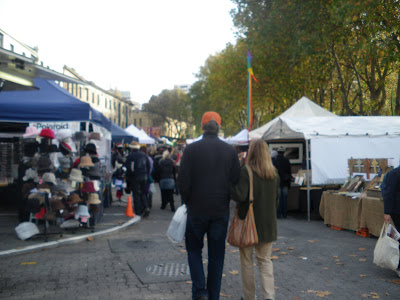 I could easily have spent 5 months in Tasmania without ever going to this market, but I would actually then have missed out on one of Hobart’s maintained Saturday morning traditions. Markets, as we know them, are sadly dying off in parts of the globe. 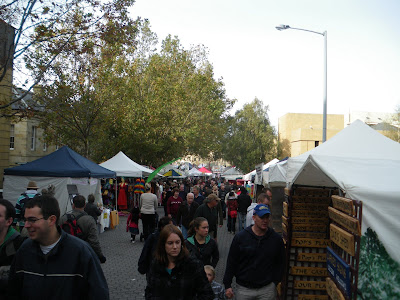 In my home town, where we once had a vibrant, busy Wednesday morning market in the cold, the wind and rain. Now this market has been reduced to merely a few stalls because of the commercialist appeal of a global supermarket chain – WALMART, disguised under the UK brand name of ASDA. 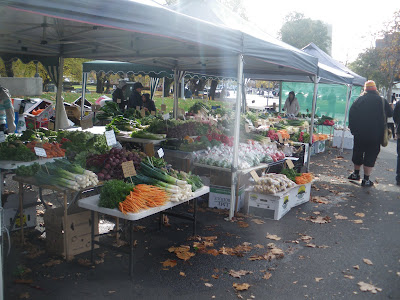 The car park in Bangor’s Market Street was once big, now they have built this massive ASDA supermarket and a petrol station, leaving a smaller car park. I used to love this market as a kid, and I still bought things there right up until I left my hometown in 2003. It seems sad to me to think that this tradition has died off, back there. Not here in Hobart though! 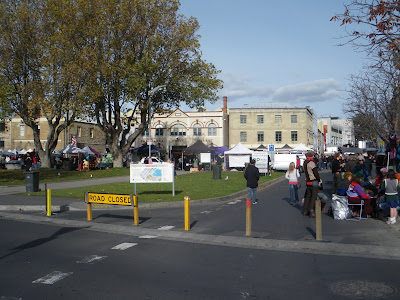 I went to Salamanca Market with Richard, my Scottish room-mate from the Hostel. Richard is a big Dundee United fan, and we shared a room (Room 22c) in the Brunswick Hotel Hostel the night before (I booked into this hostel because they had free parking, free wireless and I had been to two medical centres that day and wanted a bed to rest my head. I stayed there just one night, on the Friday, and Richard and I agreed we should try Salamanca Market. 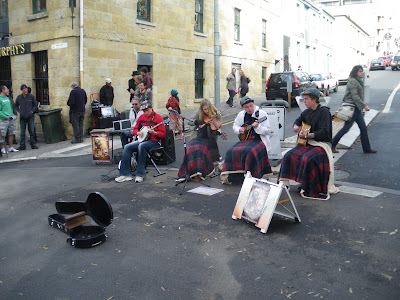 Cited as being a “big” market by many tourist guides, it really isn’t. One long narrow stretch of stalls and that’s it. But that’s OK. It survives, and it’s busy. We were lucky to get a good day for it, the sun was out and a late Autumn morning in Hobart felt to us like Northern Ireland or Scotland, possibly in Spring or Summer. It was a pleasant morning. 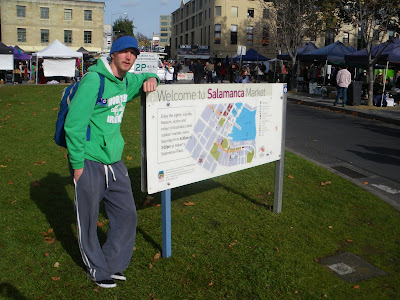 The stroll from our hostel on Liverpool Street to Salamanca Market took about 10 minutes. It’s bang in the city centre and opposite the harbour front and the pretty Parliament Square. The area is known as Salamanca Market as well – a signpost and several “entrance” signs make you aware of this. Yet 6 days a week, there’s nothing there. On the entrance it describes it as Australia’s best market. 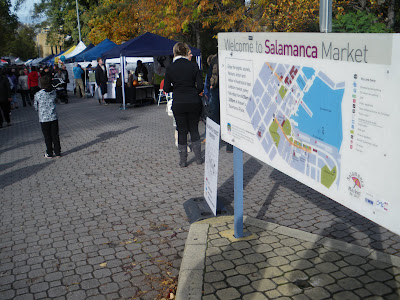 The street is lined with stalls. The street is Salamanca Place. It doesn’t remind me of Spanish markets in any way (and I went to a few, in Alicante, Valencia and Torrevieja). There is a wide range of different offerings for sale. 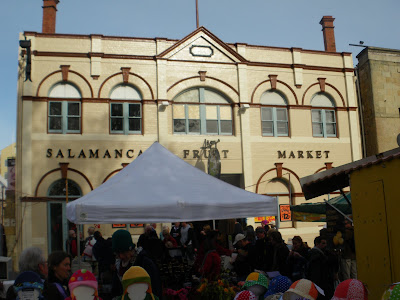 You can buy hot and cold food from a variety of places, I noticed German sausages for $4, ice cream and soup. There are tea and coffee stands. There are lots of traditional home made types of food and drink. Such as honey, chocolate, cake, cider and fudge. 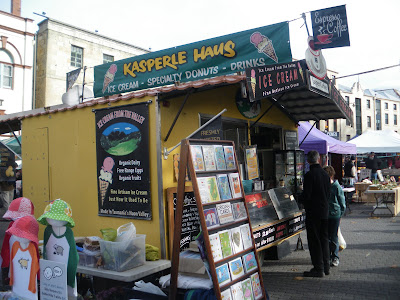 I got some free fudge from one of the stands. The stalls themselves didnt serve ready to drink alcohol, but wine and cider in bottles were for sale, and on one of the corner’s sat an Irish Pub – Irish Murphy’s. 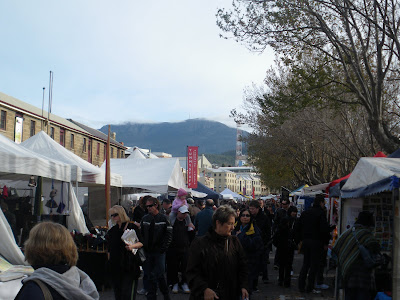 The day stayed dry and the marketers must have been making money, however we wondered what happens when it is raining. Their profits go down, their displays may be ruined and they may need to provide more shelter. Some stalls had no roof. 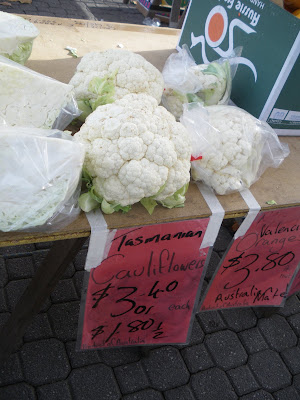 There was a lot of Tasmanian fruit and vegetables for sale, as well as meat. I spotted the cauliflower and broccoil, the two main vegetables I work on here. 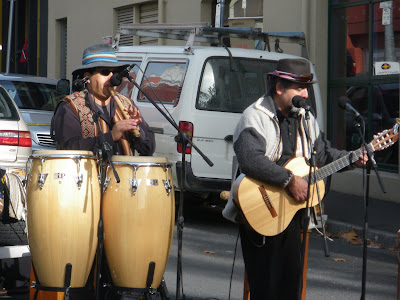 There was live music from corners of the globe. The only hint of Spanish-ness was a south American style band playing very soothing, traditional music. 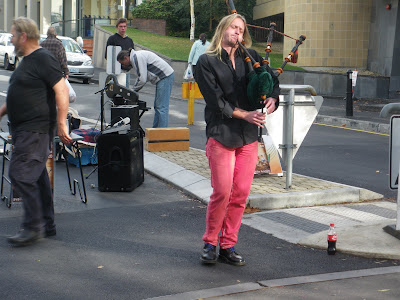 For Richard there was a lonely Bagpiper blowing his heart out for Scotland. That sound of Scottish bagpipes is something I love. 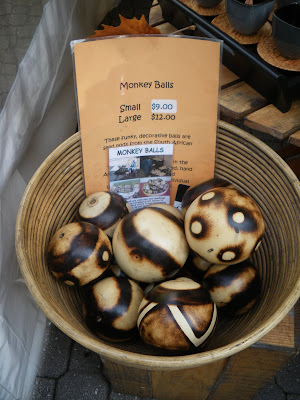 There were stand representing a few different nations and cultures. There was a lot of aboriginal stuff for sale. Didgeridoos, wood sculptures, monkey balls etc. 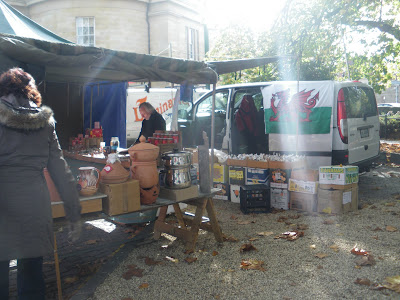 There was a Welsh stand with a proud dragon flag in the background. 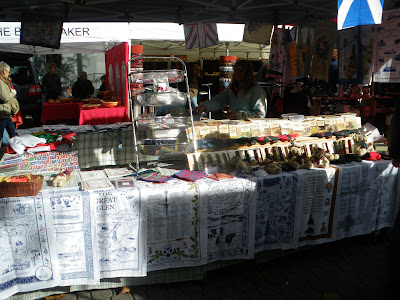 There was a Scottish stand selling tea towels, shortbread and name books amongst other Scottish memorabilia. 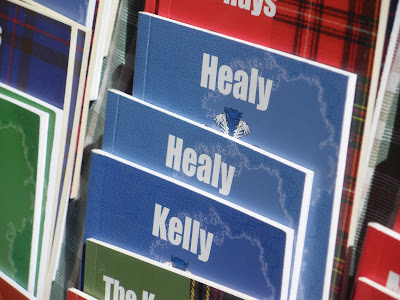 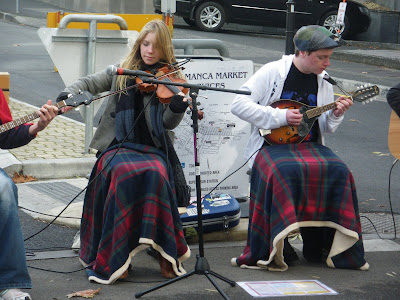 There was a wee Irish style folk band called “The Foleys” playing live. The female vocalist was talented and eye catching for her remarkable charisma, smile and good looks. 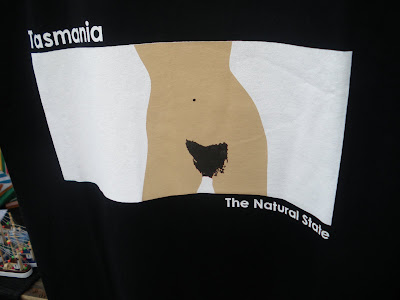 A comedy T-shirt stand also caught my eye. A black t-shirt featuring a naked lady with the Tasmania map as her pubic hair bore the catchphrase “Tasmania – The Natural State”, while another T-shirt concentrated on modern internet websites. 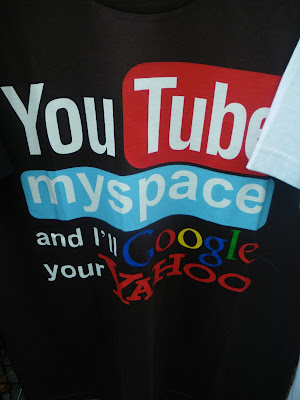 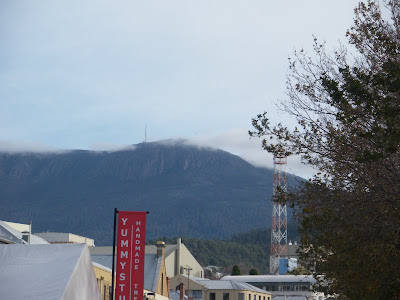