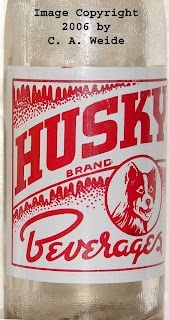 I bought one of them there Wispa bars today for the first time in years and it got me thinking about all the things that have come and gone, discontinued products etc. I’ve quickly made a mental list of things you can’t get anymore and what I miss. Did the demand for certain products just go downhill and then they were discontinued, or did the company go bust, or just need a change. What did we once used to get, which we don’t now? Here’s a few, mostly from the 1980s…

1. Cremola Foam – a gorgeous sugary drink. You simply added a spoonful or twon of cremola foam to cold water and bacng there you had a fizzy drink, in a range of flavours! I used to drink this loads when I was a kid, but you can’t seem to get it anymore.

2. Tab Clear – this was a fizzy drink in a grey tin made by Coca Cola, it tasted exactly like Coca Cola, but was clear in colour. When it came out in the early 1990s, it was really popular, and then suddenly, it was off the shelves, never to be seen again. Wish I’d kept one of them tins. Mysteriously Coca Cola even tried to remove all traces that it ever existed, however the internet brings it up on search engines, with images and websites mentioning it… 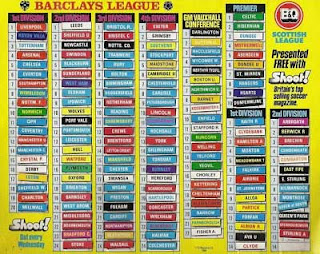 3. Shoot Magazine – perhaps you can still get this, but when I was a kid in the late 1980s and early 1990s I used to love Shoot Magazine. It was originally 50 p and came with loads of posters and facts and information on football in the UK. The magazine also used to come with the League Ladders wall chart which I used ot get every August and collect for the season so I could place my teams up and down the leagues as the results came in. It was totally beezer, and now it appears not to exist, however Match magazine is still around, and I liked it slightly more anyway… 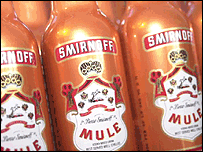 4. Smirnoff Mule – this was one of the original alcopops, coming in a gold bottle and I used to drink it quite a lot in 1997 and 1998 before it vanished, to be replaced by the much worse, Smirnoff Ice. I remember when Smirnoff Ice came out the sales shot way up, and it became much more popular than Smirnoff Mule ever was, its easy to understand why Smirnoff then withdrew the Mule product. This alcopop was basically a shot of Smirnoff Vodka, with ginger beer and lime in it and I used to love it.

Whatever Happened To Smirnoff Mule – http://www.theanswerbank.co.uk/Food-and-Drink/Question211538.html

5. Husky’s Clear – this pre-ceded Smirnoff Ice as a lemon and vodka alcopop and I fondly remember I used to buy it in late 1997, and especially after a few pints of Harp, I’d move on to this. That would be in the Windsor Bars, Bangor, Northern Ireland. Then one day it just disappeared… never to be seen again, and it was only recently I remembered about it. But the weird thing is, I cannot find any photos of it online, or any references to it. What a drink!! Does anyone else remember Husky’s Clear?

6. Orange Hooch – Again takes me back to my youth. Liam Gallagher drank one of these in the “Right Here Right Now” documentary on Oasis on 20th August 1997. I used to love Orange Hooch, but the sediment that went to the bottom of the bottle clearly wasn’t good for you…I still have a wee soft spot for Orange Hooch, if I ever see it again, I’ll probably buy a wee bottle. 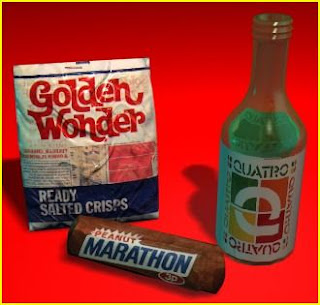 7. Milk delivered to your doorstep every morning – In 1980s Northern Ireland EVERYBODY had a milkman, you woke up each morning and there sitting on your doorstep were 3 or 4 bottles of milk, every day except Sunday, so on a Saturday you’d get extra. It also cost next to nothing in those days. The milkman brought your milk, you wouldn’t ever have gone to a shop and bought milk! That just didn’t happen. Nowadays I buy my milk from the shop, and so does all my family and my mates. I do feel sorry for milkmen who have lost their job over the years, and all that recycling – re-using the bottles must have been good for the environment. Unfortunately in Northern Ireland milk bottles were also used as petrol bombs, so perhaps its for the best, eh?

8. Maine Sarsaparilla – As well as having an avon lady, a postman and a milkman, everyone in my area as a kid also had a “lemonade man.” (believe it or not, we even had an “egg man”, who was really a vegetable man, but he came every Tuesday with the vegetables and fruit my Mum needed for that week. The lemonade man would call once a week, and we could order whatever we wanted, in glass bottles therefore they maintained their fizz! It was a company called “Maine” and the lemonade man would often leave us crates for the empty bottles to be returned the next week. I remember I used to enjoy Maine Cola, Maine Cream Soda (which I often added a scoop of Vanilla ice cream to) and Maine Sarsaparilla, which has now been condemned to the history books. It survives in some form in the “Dandelion and Burdock” varieties in some UK stores, but Maine Sarsaparilla is gone… 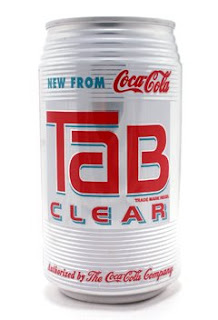 9. Benjy’s – This was a tea and coffee chain which doubled up as a place to eat cheap easy snacks. Until 2007, recently then, it went bust and suddenly all those Benjy’s closed down. One of them was on my old route to work, on Villiers Street near London Charing Cross and I often would get tea and a bacon bap for £1.99 on the way into work. Strangely now the old crates (which I call crates or tow trays) that say “Benjy’s” on them are still in existence. In my current job at Bournemouth Pavilion Theatre and Bournemouth International Centre, we even have members of staff who refer to these crates as “Benjy’s”!! Seriously, you couldn’t make it up. At least the company name still survives in everyday speech then, but gone are the days of breakfast and a tea for less than £2.

10. Yo Yo’s free with bottles of fizzy drinks – I am an 80s kid and there were always fads and crazes, such as the whole yo-yos crazes! When these came round, everyone in the playground at school would be “walkin the dog” or “rockin the baby.” You used to have to collect the bottle tops and can ring pulls to get the yo-yos. They were made by Coca Cola, and you could get Coca Cola, 7UP and Fanta Orange yo yos. The normal ones were called “Supers” and then the sparkling ones which were better looking were known as “professionals.” I still have one of each somewhere.

11. Singles on cassette tape – the inevitability of life led to the modern technology advances and the phasing out of old products. We lost Betamax to video cassettes, vinyl to CDs and cassettes just phased out on their own, to be replaced by anyone of CDs, Mini Discs, 7″ vinyl but more likely digital music downloads…which means I can no longer buy the new Oasis single on cassette tape. How annoying!

12. Lucozade in glass bottles with bumps on the bottle – when I got ill in the 1980s, my Mum used to buy me orange Lucozade. I loved it, and it came in proper glass bottles with a brown label (I tried looking for photos of those bottles and couldn’t find them), they also had these spots (bumps) at the top of the bottle, and by the time the 90s hit us, they were in cheap plastic bottles, and the flavour has gone, in my opinion.