“[German accent] Hey mate where are you from?” – German backpacker (for example). 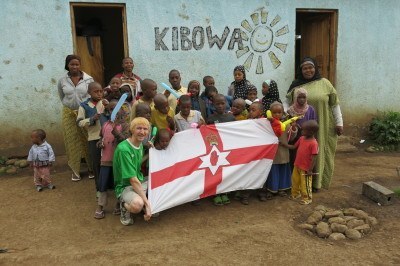 Yeah thanks mate, we’re still unknown, we’re just too far away from Germany aren’t we? Too unimportant to you. U.K.? Yeah I’ve heard of it. United Kingdom? Yeah I’ve heard of that too. England? Yeah I know that one for sure. Scotland? That’s just north of England isn’t it? Britain? Ah, mate you’re British. All irrelevant when yet another backpacker saunters into my hostel dorm room for what feels like the millionth time. “But seriously mate, where are you from?” 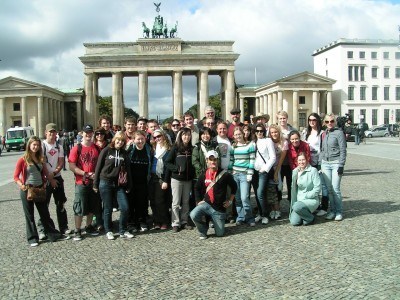 “Nope try again. It’s Northern Ireland. Two countries on the island. It’s like saying to you, ah you’re from Europe!”

In case you didn’t know it, Northern Ireland is not only a country but the only country to beat the largest Germany team (which then was called West Germany but hey) home and away in the same Qualifying group at men’s football senior level. 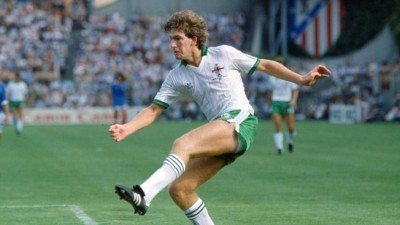 So why after all these years do people (and I shouldn’t single out Germans here) not recognise Northern Ireland. Even when I say “Northern Ireland” to some English people, their retort is sometimes “you’re Irish.” They ain’t Scottish are they? What if Scotland was called Northern England? Or if England was called Southern Scotland? Then they would know the difference. But they don’t. Truth is, whether they like it or not, 80% of backpackers are stupid, myself included in some aspects, but certainly not geographically or politically. I don’t want to offend.

English backpacker – “Yeah mate I was out in Thailand and got smashed”.

When I say Northern Ireland, some people retort back with the following:

The lesson is never learned and my struggle goes on.

And to those Germans, we play you twice this year. Be ready for it. You might just remember us. 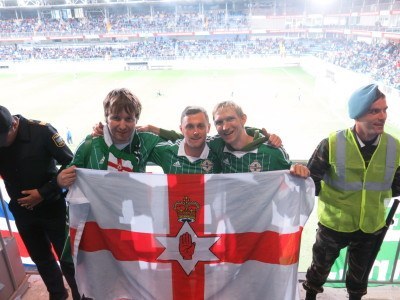 The Northern Irish boys in Azerbaijan. Nial, Davy and I.

“and at times at least in our wee country, gave us unity” – Scott Gordon