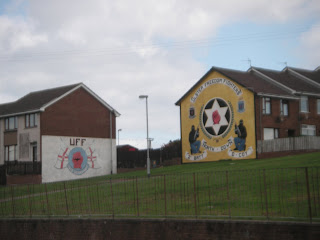 What’s the crack with my wee home town then? Having spent most of my blog time on the rest of the world, I thought I’d fill ‘Don’t Stop Living’ in with me, Jonny Scott Blair and Bangor, County Down, Northern Ireland. Famous for well…David Feherty, David Trimble, Keith Gillespie but most notably the wonderful Zoe Salmon (ex-Miss Northern Ireland, pin-up girl and Blue Peter Presenter), whom I went to school with. Aside from that there’s not a lot happening…oh really? 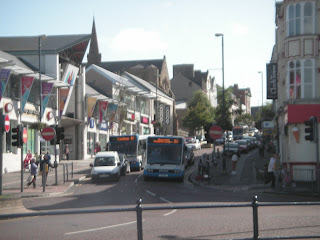 I grew up in Marlo, in the Kilmaine area, which at the time was enjoying a baby boom. I was one of those who attended the UK’s most highly populated school, Kilmaine Primary School. A great fact I guess, but just another brick in Pink Floyd’s Wall. Days would be spent in school. Afternoons would be spent kicking football on the street on in Linear Park. 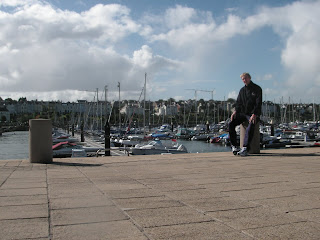 Bangor is a middle class dormitory town in Northern Ireland. It’s population are proudly British and mainly Protestant. The Church is something we are mostly brought up with and I was a Presbyterian, spending Sundays at Ballyholme and Ballycrochan Presbyterian Church. You’ll never know why till you grow old. It shapes your identity and I thank God for this. It’s my history. 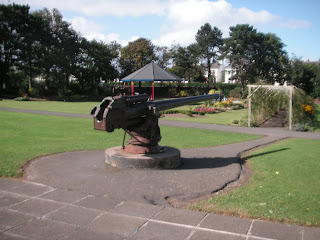 Bangor features history dating back to a viking invasion. The sights we have to see are the Old Customs House (by the seafront), Bangor Abbey Church, Ward Park (for it’s War Memorial and a German Gun from a Battleship in the World Wars) and modern day the Marina which is a concrete jungle of boats.

People in Bangor are generally happy, full of cheer and a sense of humour. The accent tends to be more posh than Belfast people and the shops tend to be local. There is not an amazing amount of things to do except congregate in the town’s many bars at night. We also had Northern Ireland’s first Shopping Centre in the 1970s: Springhill, where I used to work. You could live a worse life… 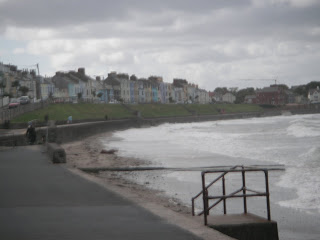 Here’s someone else’s background for you: Bangor is part of the North Down Borough Council area and is twinned with the Austrian city of Bregenz, and the US city of Virginia Beach. The Mayor of Bangor is Stephen Farry. It is also host to the Royal Ulster and Ballyholme Yacht clubs. Tourism is important, particularly in the summer months, and plans are being made for the redevelopment of the seafront; a notable building in the town is Bangor Old Custom House. The largest remaining individual land owner in the area is the Clandeboye Estate, located a few miles from the town centre.

Places I Lived – Marlo, Ballycrochan, Ashbury, Kilmaine (though in essence they are all pretty much the same place).

Transport You Can Use – Boat (Large Marina), Train (to Belfast only), Buses (which go to Belfast, Newtownards and Donaghadee), Taxis (often dacent value).

FACT – Despite escaping much of the sectarian violence during The Troubles, Bangor was the site for three major incidents. On 30 March 1974, terrorists carried out a major incendiary bomb attack on the main shopping centre in Bangor. On 21 October 1992, the Provisional Irish Republican Army (PIRA) exploded a 200 lb bomb in Main Street, causing large amounts of damage to nearby buildings.[8] Main Street sustained more damage on 7 March 1993, when the PIRA exploded a 500 lb car bomb. Four Royal Ulster Constabulary (RUC) officers were injured in the explosion; the cost of the damage was later estimated at £2 million, as there was extensive damage to retail premises and Trinity Presbyterian Church, as well as minor damage to the local Church of Ireland Parish Church and First Bangor Presbyterian Church.