Perhaps you just sold your home among Dallas real estate and have some extra money to spend on travelling, or maybe you’ve been saving up for that dream trip to Ireland and it’s time to start planning that itinerary. Whatever the reason you’re heading to the Emerald Isle, while you may want to experience some of its renowned tourist attractions like the Guinness Factory and Blarney Castle, you’ll definitely want to put some of the best beaches and hideaways on your must-experience list. 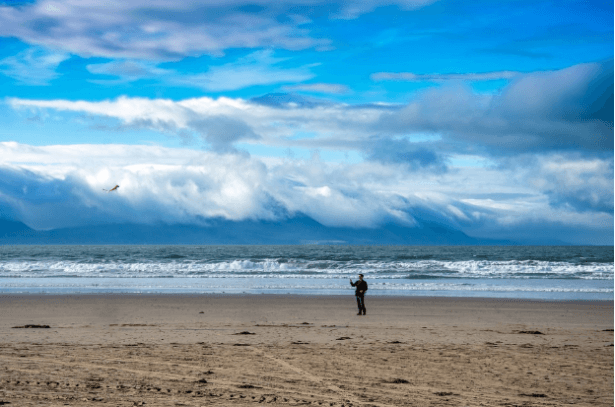 The Best Beaches and Hideaways in the Republic of Ireland

Inch Beach is located just 20 minutes from the picturesque harbor town of Dingle. The over three-mile-long stretch of golden sands is popular with surfers and offers especially gorgeous views out to the glistening bay, surrounded by the Slieve Mish Mountains. It was famously spotlighted in the Academy Award-winning film “Ryan’s Daughter,” and is a great place not only to surf, but to fish, kayak, windsurf or kitesurf. Sammy’s Bar, Restaurant & Café is located right on the beach and is a great place to warm up with an Irish coffee or enjoy fresh Dingle Bay oysters.

Located in the Connemara region, Glassilaun Beach is an unspoiled stretch of pristine white sands that caught the eye of filmmakers who used it for filming several scenes in 2006’s “Tristan and Isolde,” yet few tourists manage to find it hidden behind the soaring mountains of the 12 Bens. The azure, horseshoe bay with rocky outcrops on either side is not only a fabulous place simply to gaze out at the magnificent scenery, but to dive or snorkel, with the North Atlantic Drift creating a nutrient-rich environment that houses a remarkable variety of marine life.

Bundoran is arguably Ireland’s top spot for surfing. Known among surfers as “Europe’s cold-water Indonesia,” it was named among National Geographic’s list of the “World’s 20 Best Surf Towns” and is renowned for catching just about any swell that rolls through the North Atlantic with its crashing green waves shaped by bouncing off headlands and flat rock reef. It’s a favorite with international and Irish surfers and even hosted the European Championships in 2011. While it’s not the place to go for tranquility, it does offer plenty of seaside fun, from horseback riding on the sand to the Bundoran Adventure Park which features rides, golf, bumper cars, Go Karts and more, right along the beach.

The Aran Islands are one of Ireland’s best-kept secrets/ The smallest of the three islands and arguably the most tranquil, Inisheer Island is home to a population of only around 250, with most islanders speaking Irish Gaelic among themselves. Reached by ferry from Doolin or Rossaveal, as soon as you hop onto the dock, you’ll see the main beach, a white sandy stretch edged by turquoise waters that look as if it belongs in the Caribbean. A dolphin, referred to as “Dusty” by the locals, makes frequent appearances. The island itself is just two-square-miles in size and easy to explore on foot, though you can also take a tour in a traditional pony & trap.

Trá Bán, which means “white beach” in Irish, can be found on remote Great Blasket Island off the Dingle Peninsula and can be reached via passenger ferry from April through September. Along the way keep an eye out for whales, dolphins, basking sharks and seals. While the beach isn’t safe for swimming, just sit and listen to the calls of the astounding number of breeding seabirds here, including puffins, guillemots, fulmars and storm petrels as you enjoy the stunning scenery.