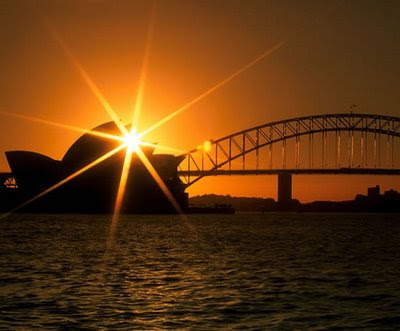 Not quite, and “hardly end of the rainbow stuff” (as Del Boy once said to Rodney in ‘Only Fools And Horses’) but I have a flight booked out of Sydney Kingsford Smith Airport this very Friday morning.

Not since I was aged 8 have I spent so long in the same country. I will have spent just over a year in Australia without visiting another country (just an hour or so over a year…), for someone who likes to travel and see new places and cultures, this last year has in many ways both limited and enhanced my travel plans. 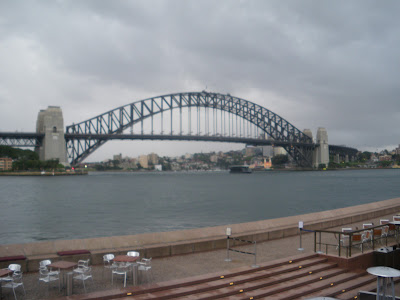 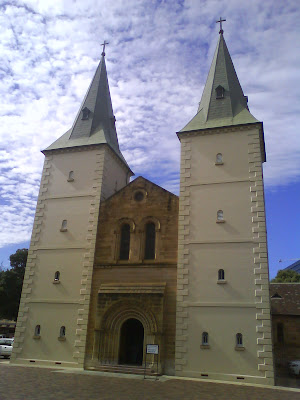 I’m writing this now as I have to work, sleep, pack and have a final few drinks in Australia in the next two days before heading off again. Many songs will sum up for me my first year living in Australia, but for this time and for this moment, this week, only Cold Chisel’s Khe Sahn, is appropriate. 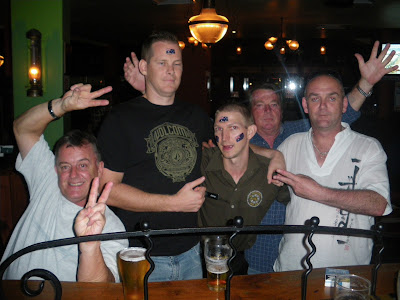 I will be joining the regulars in the pub I work in for a few drinks from 5 pm this Thursday. I will miss these guys. After that from 8 pm I will be having a few drinks with some of my friends in Australia, mainly work mates. This will be held in The Albion Hotel in Parramatta. 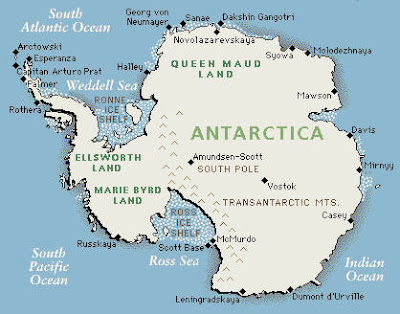 After that its a quick sleep and up for my flight for yet another adventure. Do I want to travel alone? Not a chance, but sometimes our decisions are made for us and our destiny isn’t in our own hands. I’ll be aiming to visit New Zealand, Argentina, Antarctica and Uruguay all within the next month!


One of the best songs ever written, Khe Sahn by Cold Chisel, which delves into  Vietnamese prostitutes to working on oil rigs to getting home, this forlorn love ballad of travel and pride will be played on my iPod come Friday morning, when my last plane out of Sydney really has gone…well until I return in 2011. It totally sums things up for me…


Countries I have been to this year – Australia


LYRICS TO KHE SAHN:
I left my heart to the sappers round Khe Sanh
And my soul was sold with my cigarettes to the blackmarket man
I’ve had the Vietnam cold turkey
From the ocean to the Silver City
And it’s only other vets could understand

About the long forgotten dockside guarantees
How there were no V-dayheroes in 1973
How we sailed into Sydney Harbour
Saw an old friend but couldn’t kiss her
She was lined, and I was home to the lucky land

And she was like so many more from that time on
Their lives were all so empty, till they found their chosen one
And their legs were often open
But their minds were always closed
And their hearts were held in fast suburban chains
And the legal pads were yellow, hours long, paypacket lean
And the telex writers clattered where the gunships once had been
But the car parks made me jumpy
And I never stopped the dreams
Or the growing need for speed and novacaine

So I worked across the country end to end
Tried to find a place to settle down, where my mixed up life could mend
Held a job on an oil-rig
Flying choppers when I could
But the nightlife nearly drove me round the bend

And I’ve travelled round the world from year to year
And each one found me aimless, one more year the more for wear
And I’ve been back to South East Asia
But the answer sure ain’t there
But I’m drifting north, to check things out again

You know the last plane out of Sydney’s almost gone
Only seven flying hours, and I’ll be landing in Hong Kong
There ain’t nothing like the kisses
From a jaded Chinese princess
I’m gonna hit some Hong Kong mattress all night long


KHE SAHN LIVE IN PJ GALLAGHER’S (for me) LAST SATURDAY:

for now, it’s goodnight Parramatta, the last plane out of Sydney’s almost gone…