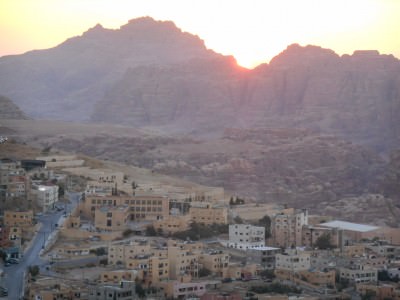 Things to see and do in Wadi Musa in Jordan.

Staying in the town of Wadi Musa had me dreaming myself back about 3 years to my time in Bolivia’s La Paz. This city in Jordan is built on hills, offers rectangular boxed shaped brick lego style houses deep into mountains and bears that “brown sugar” colouring. The similarity to La Paz was uncanny as I watched the sun sink over Wadi Musa.

If you’ve ever been to Wadi Musa in life, then I’d have to be obvious and assume you’ve also been to Petra. The main event. Away from the Indiana Jones wannabes and the hoards of tourists, you can also chill out in Wadi Musa, so here are some cool things to do our your stay aside from Petra, the obvious “must do”.

Have a Guinness in the Irish Pub

Irish Pubs get EVERYWHERE. When I heard there was one 100 metres from the entrance to Petra, I had to go in. A 330 ml bottle of Guinness will set you back 5.5 Dinars! Ouch! But it was worth it after our second day hiking in the heat of Petra. The Irish Pub is inside the Petra Palace Hotel and is very small. It could well be the only pub in town! They opened it especially for us – at 4pm in the afternoon. Check out my Top 5 Irish Pubs in the World! 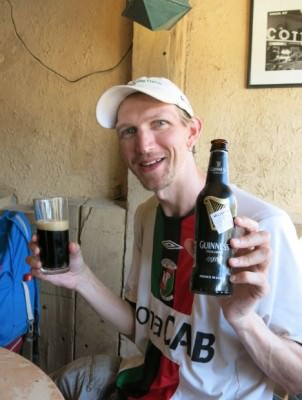 Having a Guinness in the Irish Pub in Wadi Musa, Jordan. Because I can! Hardly a local culture thing to do, but this was my first one for a while!

Listen to the Call to Prayer

I’d recommend staying in the Rocky Mountain Hotel to get a view of Wadi Musa when the Muslim call to prayer happens. Echoes through the streets against an incredible skyline will have you listening in wonder and staring in awe. You didn’t come all the way to ‘Musa to “do Petra”. The sound of the Mosques can be heard at dawn and dusk. 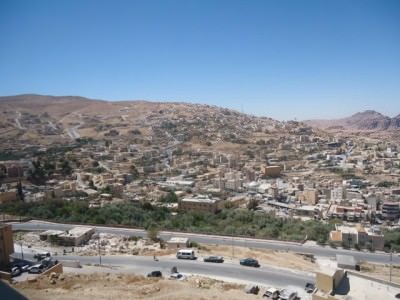 The impressive skyline of Wadi Musa viewed from our Hotel Balcony (the Rocky Mountain Hotel). Listen to the many Mosques sound their Call to Prayer when the sun sinks…

Watch the Sunset over Wadi Musa

As travel sunsets go, this is one of the best. We spent three nights in Wadi Musa and were lucky to catch the sunset every night! 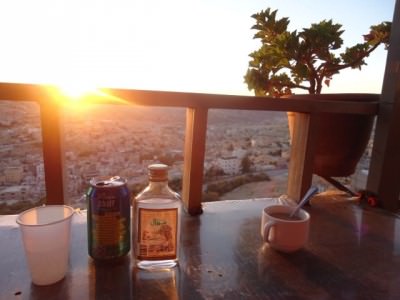 Sunset from our hotel balcony in Wadi Musa, Jordan.

Head to the balcony of the Rocky Mountain Hotel and watch the sunset over the mountains, lego block buildings and the Mosques of this mountain town. 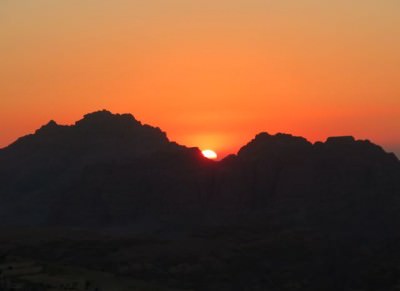 Many feel tired after walking round Petra in the heat. There are a load of Turkish Massage parlours and baths in Wadi Musa so treat yourself. 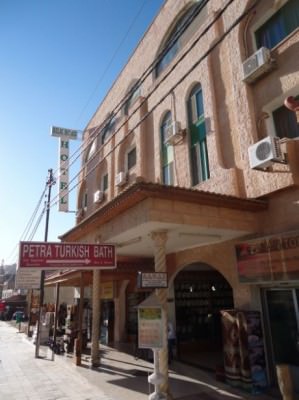 Chill out with a Turkish Bath or Massage in Wadi Musa.

Drink in the Oldest Bar in the World: The Cave Bar!

Are you kidding?? In a strict Muslim state next two Petra there are TWO bars?! Yes there are and you should treat yourself to a beer in both. A beer in the oldest bar in the world will cost you minimum of 6 Jordanian Dinars. Soft drinks are cheaper and spirits a tad off the backpacker scale. You can justify one just because the bar is inside a 2,000 year old cave. 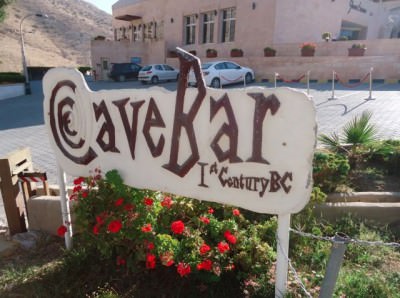 The Cave Bar in Wadi Musa – oldest Bar in the world – dating back to 1st Century BC! 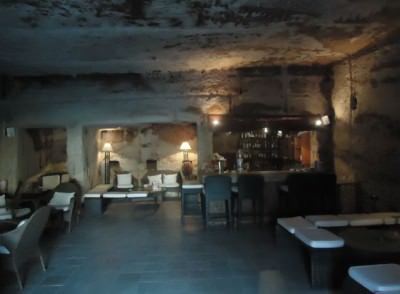 Have a beer in the oldest bar in the world in Wadi Musa, Jordan!

Sightseeing through the town Centre of Wadi Musa

OK, admittedly there’s not a lot to see. A few shops, an internet cafe and a hotel that does takeaway alcohol at a cost are the highlights. And a cool war memorial which also acts as a roundabout. 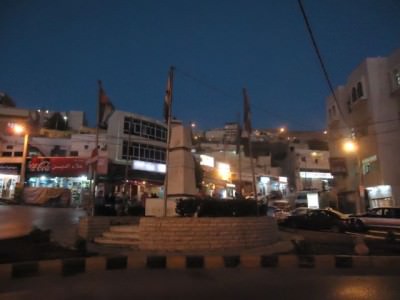 Downtown Wadi Musa at dusk – not a lot going on really…

If you get a chance, I’d recommend seeing Petra too while you’re in Wadi Musa – it’s a UNESCO World Heritage Site. This was our next stop after I celebrated my 10 year anniversary away from Northern Ireland by walking in Wadi Rum desert!

Here are some videos from my time staying Wadi Musa:

3 thoughts on “Things to do While Staying in Wadi Musa, Jordan”