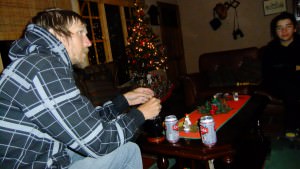 I ain’t written about Colombia for a long long time and sadly, the way life goes I wasn’t there for a long long time. One thing I have to say is that of all the people I have been pleasured to meet on this planet, one man will forever stand out. My Colombian mate Julio Felipe. Officially, and from the heart he is the coolest guy you could ever meet. Yes, it’s true.
But somehow, despite my nights on the town and our nights on the farm milking cows as the sun was setting, I haven’t yet included Colombia on my “Thirsty Thursdays” collection. Let’s get one thing straight here – Colombians love their beer. AND they ration it until it means something. Yes, every sip is treasured and every time I have a beer with Julio, suddenly, the world outside just don’t matter anymore. It’s me, him and our beer. I pray for Julio knowing that he will find his destiny. He will.
By the way, if you follow my blog you will know that Julio is the man who swapped his camera for a cow. Not only that, he backpacked his way round Europe while selling cheeseburgers with me on a beach in Bournemouth. In essence, when life is stripped bare, Julio and I are best mates. He was there from the moment I arrived in Colombia until the day I caught a bus from Sopo (where??) to Cucuta and headed into Venezuela. Sorry the topic was Aguardiente and that shot of Colombian spirit that gets you up for it, mad for it, or in my case just perky and eager for adventure.
I arrived in Bogota a day before New Year’s Eve 2010. I was invited to countless NYE parties but the one that stood out was the simple one. Hanging out with Julio and his family on his farm in Santa Ana Alta. In the mountains. Life’s corridor has opened many doors for Jonny Blair. But this one was extraordinary. I was eating fresh ribs, hiking in the mountains, visiting Spanish colonial towns that nobody has EVER heard of and I was drinking Aguardiente on the farm.
New Year’s Eve slipped into view and we got pissed together. Myself, Julio, his Mum Claudia and his sister Paula. The nicest family you could meet. I can NEVER repay them for how they treated me. It was one of the most bizarre places to spend New Year’s Eve but I loved it.
We sat in the main square in Guasca sipping Aguardiente, downing them, having a beer before time got the better of us and it approached midnight. I bored them all with stories of the Inca Trail (who cares?) and backpacking in Paraguay (who wants to go there?). But we were driven back to the farm before midnight. A working CD player played the hits of yesterday year and as the Caeser’s “Jerk It Out” came on, I suddenly thought of the days working on Bournemouth Beach with Julio.
ON New Year’s Eve 2010 I drank Colombian beer and Aguardiente with Julio and Paula in their front lounge. They’d given me my own room for the night. Imagine that – an aevrage travelling Northern Irishman with a decent bed. I fell asleep before the new year arrived. Of that I’m sure. The aguardiente had kicked in and when the sun rose at 5am, I was staring at cows in a place I’d never heard of.
So tonight, raise a glass to Julio Felipe and Colombia. And Aguardiente. Which “got me lit” as a Northern Irishman would say. It’s a sentimental Thirsty Thursdays this week. But who could blame me? It’s my travel blog isn’t it? Safe travels and happy drinking my friends.