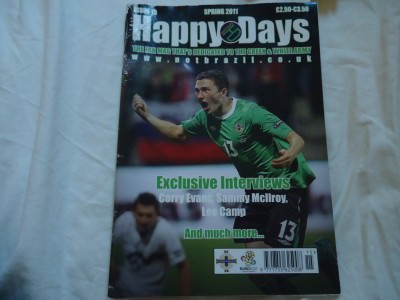 I’ve loved writing for as long as I can remember. I’ve also loved football for as long as I can remember. Put the two of them together and it was obvious that I was going to do some football writing at some point. Or in my case, at many points and a LOT of football writing. I started fanzine writing when I was 10, myself and my childhood mate Michael McClelland created a photocopied Glentoran fanzine called “One Saturday Afternoon at the Oval”. We sold about 3 copies of it I think, At 5o pence each back then we would have made one pound fifty!! Of course it was nothing to do with money though. It was the writing. 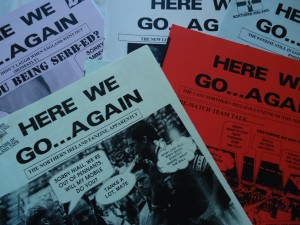 Copies of Here We Go…Again – our Northern Ireland fanzine from the late 90s until 2004.

Then In the mid 1990s I then wrote articles for the Northern Ireland football fanzine “Arconada…Armstrong!” before Michael and I launched our own National Football fanzine for Northern Ireland in 1997. It was called Here We Go…Again. That lasted 7 years in the end and neither of us had time for it anymore. We still had the passion for the team of course, but we were by that stage geographically separated and too busy with work, travel etc. Our last issue of Here We Go…Again was in 2004. 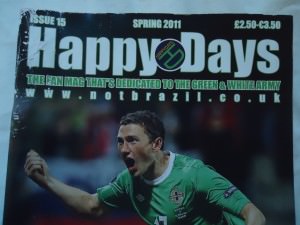 Happy Days – a Northern Ireland football magazine I have written for.

Then in 2005 a new Northern Ireland fanzine called Happy Days launched, so I was back writing for it. At first, it was just an interview on my travels and watching Northern Ireland. Then it became a regular column, “Another Swig of Buckie”. I continued to contribute articles for Happy Days until 2011. 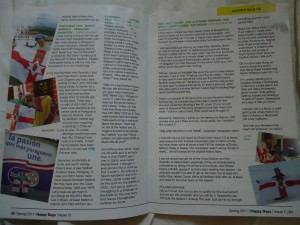 One of my many articles for Happy Days fanzine.

I still keep regular touch with the editor and the other contributors, but there hasn’t been a recent issue produced. I took a copy of Happy Days to Antarctica in 2010 and read it on the world’s coldest continent. 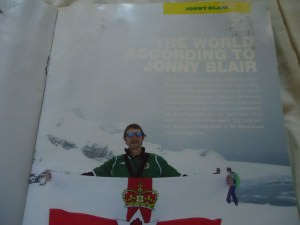 One of my articles for Happy Days Northern Ireland fanzine: The World According to Jonny Blair

I’ll be sure to write more articles for Happy Days if it makes a relaunch. This is quite a sentimental post as I really enjoy writing for football magazines and fanzines. I have recently contributed an article to UFWC website and have a column in the matchday programme of the Glentoran Gazette. 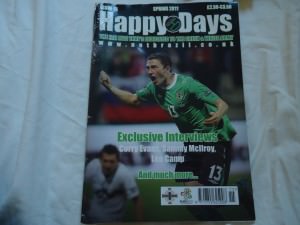 While this week’s Working Wednesdays isn’t a paid job, that doesn’t really matter. It’s all about the passion my friends. If you love something and you feel you are good at it – don’t just sit there go and do something about it. On the strength of my football writing and nomadery, I have managed to write A chapter for a book as well as being interviewed for a football book.

Happy Days still exists on Facebook (link below) and all photos of the covers and pages of Happy Days that have been used on this post are my photos bu the magazines are copyright of Happy Days. This post is dedicated to the Happy Days team of Niall Rudd and Nial Coulter, as well as my childhood friend Michael McClelland, who I still see about once every two years.