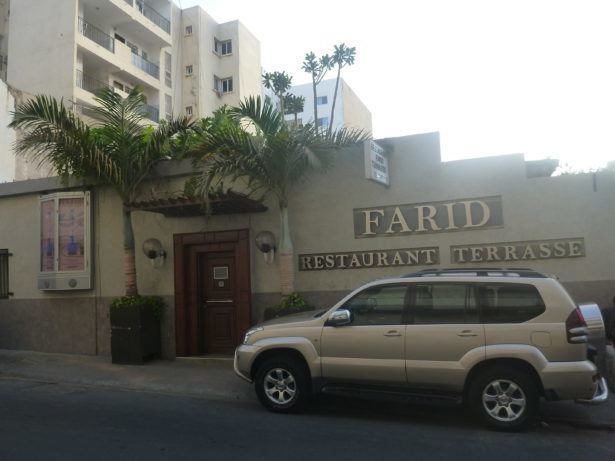 As a bit of a treat on my last few nights in Senegal, I was invited to a night of belly dancing, drinks and Lebanese style hospitality in the heart of downtown Dakar. Thanks to the fact I was staying just around the corner at the Hotel Baraka, I was told by the manager Kat that this cool bar and restaurant with a Lebanese feel to it had a live belly dancer on tonight. 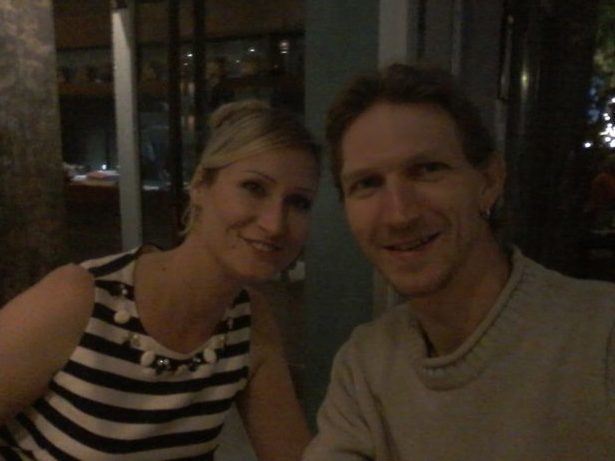 Kat, the manager at Hotel Baraka

When I thought back to my time in Turkey, Jordan and Iraq, I couldn’t recall another time on my travels where I had really witnessed belly dancing! But I love things that are new, exciting and spontaneous. The same week by coincidence I had been messaging my cool travel friend Katarzyna, who also loves belly dancing. In fact Katarzyna has done belly dancing in her home city of Gdańsk in Poland. So part of my interest in going was also to see how and where she got a flair for it. With the belly dancing due to start at 11pm, I get to the bar just after 10pm. 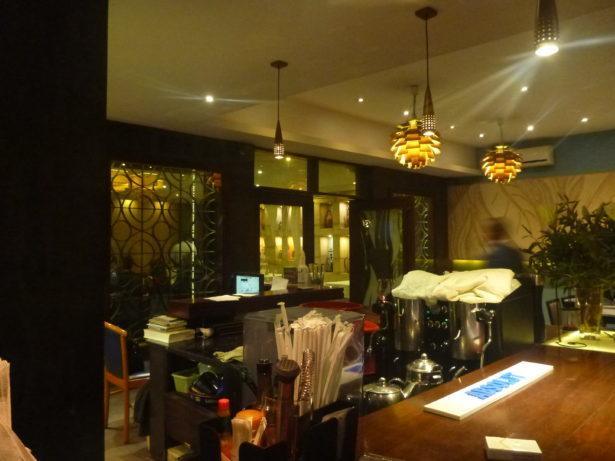 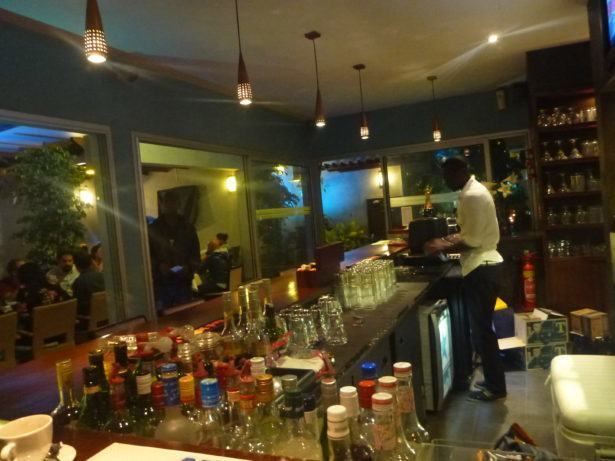 By a crazy coincidence, the place I choose to sit at the bar is next to a lady called Mina. 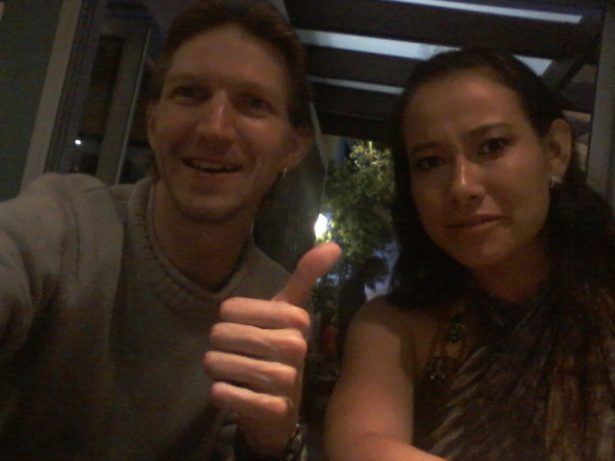 Mina and I – Mina is the star of the show tonight!

Mina is the star of tonight’s show! Mina is the belly dancer. We get talking, she speaks good English and comes from a mix of German and Turkish heritage. This is a Lebanese club and the music is typically Lebanese as is the decor. It’s a swanky venue, I feel like I am living it up! Mina goes to get changed and comes out elegantly, flambouyantly and with pure finesse. 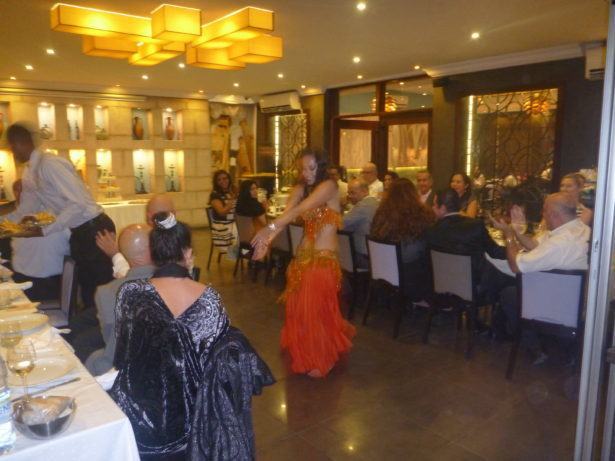 This is sky high confidence and passion in a Lebanese heartbeat. As revellers eat and drink, Mina winds her way through each table flaunting her best dance moves. 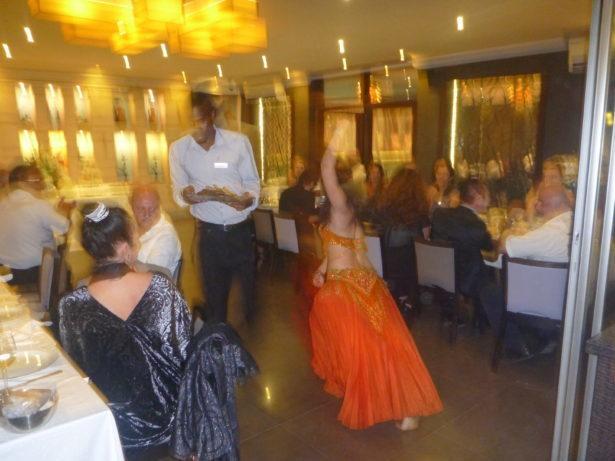 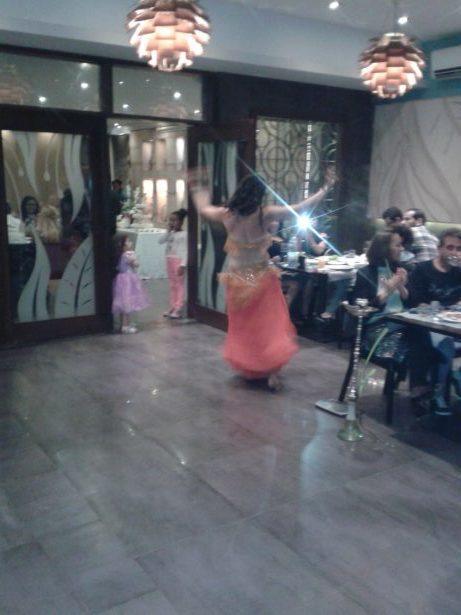 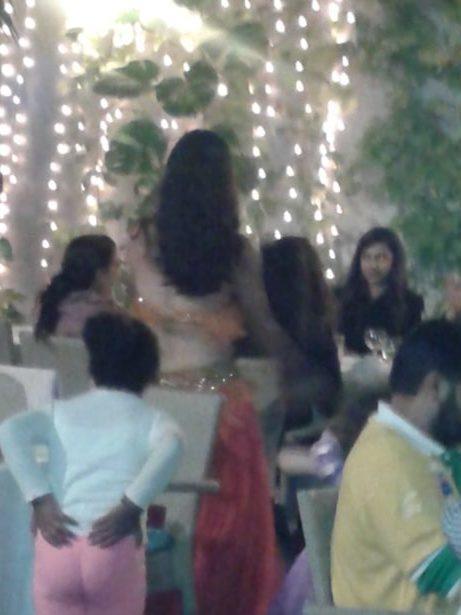 Curvy hips, wriggling her well tanned belly, sporting pulsating smiles and too fast for my camera to catch her perpetual motion. What I love most is that I was sitting at the bar chatting to Mina just a few minutes before and again after her performance. Mina was down to earth and I enjoyed talking to her. 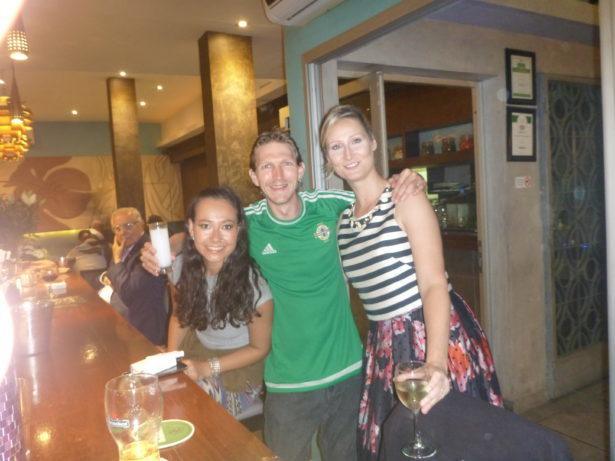 Mina, Kat and I at Farid Restaurant, Dakar, Senegal

I love regular people with a talent. They’re part of the crowd. They are your friend. Kat, Mina and I had a few drinks into the night, there was a Lebanese wedding on and this night out gave me a real passion and desire to visit Lebanon someday. I would love to watch belly dancing in Beirut someday. 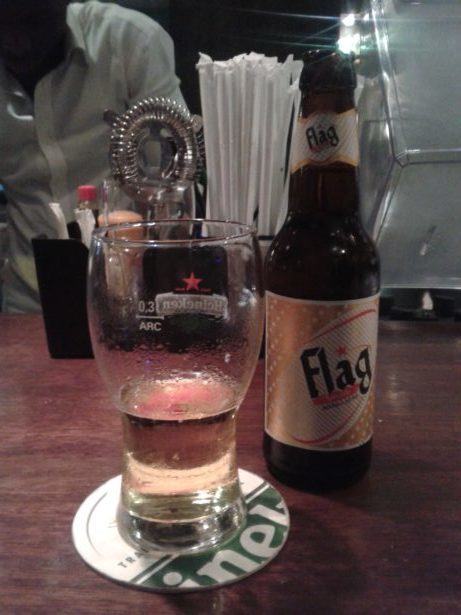 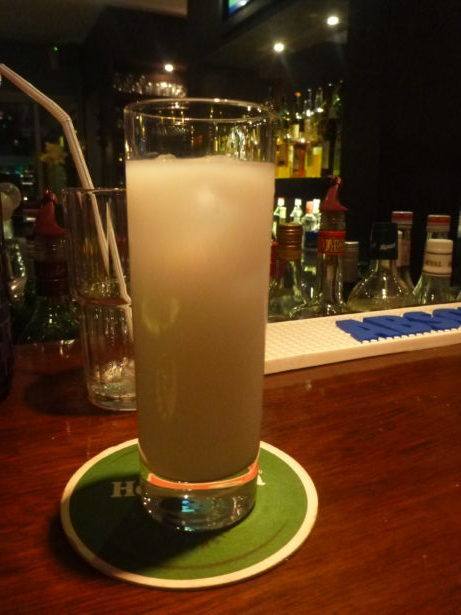 You can also read about my stay at Hotel Baraka, my trip to the pink lake, my stay at Maison Abaka (N’Gor Beach) and the Senegalese fish. Also good luck to my friend Katarzyna, aiming to be a famous belly dancer in Poland.

Here is a video of Mina dancing in Restaurant Farid, Dakar, Senegal: