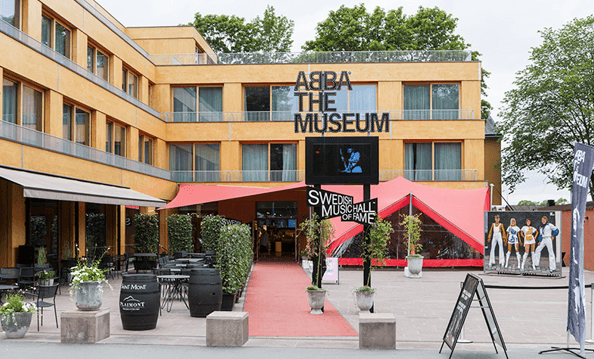 Three Places Made Famous by Musicians

Music is something that transcends around the world, and that is the perfect reason for some to visit a specific city or country. Fans’ like to feel closer to their musical icons by visiting the places where they learnt their craft before taking the world by storm. Of course, some cities are more synonymous with multiple stars like New York and London, but specific destinations are just known for one massive superstar, whose music is still passed down from generation to generation.

There has never been a group like Abba that has been able to captivate generations for a prolonged period. Even now, their music is played on almost every radio station around the world and they haven’t released a single since 1982. The Swedish group have sold over 140 million records worldwide and are one of the best-selling artists of all-time. They also became the first non-English speaking artist to achieve consistent success in the charts of English-speaking countries.

Stockholm has tapped into this continued demand for the band, as the ABBA Museum is one of the most popular tourist attractions in the city. Fans’ can go here and have their pictures taken with artefacts and memorabilia. They can also record in the same Polar Studios that the band did. The demand for the group has been shown in the popularity of the feature-length films that include some of the biggest hits from the band.

There are so many superstars that choose to have residences in Las Vegas nowadays. Sin City is the perfect place to get your fix of gambling as well as seeing recording megastars such as Rod Steward, Robbie Williams and Britney Spears. However, no singer captivates the showbiz nature of the city more so than Frank Sinatra.

Sinatra remains one of the most popular and influential artists of the 20th century, while he also remains one of the best-selling artists of all-time; having sold more than 160 million records worldwide. The demand for the legend was summed up in 1982 when the Golden Nugget Casino in Vegas agreed to pay Sinatra $16 million to have a residency in the casino for three years. Nowadays, casino sites like Novibet are the perfect place for gambling, but back then Sinatra ensured that punters would head to Sin City to experience the ultimate thrill of playing their favourite games and living the high life before ending their evening listening to an iconic voice.

No man can claim to have influenced a genre of music more so than Bob Marley. His legacy lives on to this day nearly 40 years after his death, which encourages people to visit the beautiful scenery of Kingston, Jamaica. His death was met with sadness around the world, and he was immortalised with a statue in the city. The 1984 release of ‘Legend’ featured all his biggest hits and remains the best-selling reggae album of all-time. His 75 million record sales worldwide ensures that he remains as one of the best-selling artists of all-time.

Kingston prides itself on the music that was made famous by Marley, and fans’ can expect to listen to all their favourite reggae songs when visiting the city. The Bob Marley Museum is the perfect tourist attraction for fans looking to learn about the extensive history of the legend.

2 thoughts on “Three Places Made Famous by Musicians”