When you head to Chicago, firstly you will be aware of the vastness of this city, the chaos of the downtown and the world famous appeal it has. Whether you are heading to Chicago for a short time or a long time, you will want to make the most out of your stay and for starters here are 10 easy sights to check out while you are in Chicago, Illinois. You should aim to base yourself in a decent Chicago hotel before you start exploring.

1. Sears Tower
Sears Tower is Chicago’s iconic building. It was actually renamed Willis Tower in 2009, and has lost a bit of its swagger since it lost its status as the world’s tallest building. However, as expected the Sears Tower remains one of the most popular tourist destinations in Chicago and offers epic views of the windy city. 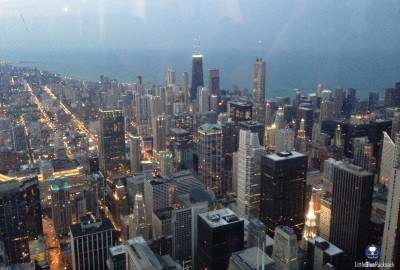 2. Shedd Aquarium
Situated in the same lakeshore Museum Campus as the Field Museum, the popular Shedd Aquarium has over 1,500 species of sea life, including 32,500 fish, as well as amphibians and birds.

3. Chicago Water Tower
Chicago Water Tower is another prominent building and a symbol of the city’s resilience. This marvellous limestone structure contains some art in the form of the City Gallery, which exhibits works by local artists, designers and photographers.

4. Chicago River
The unmissable Chicago River that runs through the city is admired from near and far. Watch the world go by with a coffee, or walk alongside it.

5. The Magnificent Mile
The “Magnificent Mile,” as its title suggests is a leisurely stroll that runs for about a mile through the city and passes landmarks, shops, offies, tourists attractions and cafes.

6. Soldier Field
This massive stadium is home to the Chicago Bears American Football Team and was also used back in 1994 to host the FIFA World Cup. It’s worth a look and a tour even if there is no sport on – it’s a fantastic stadium. 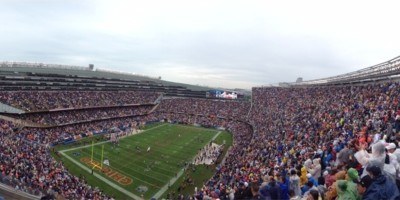 Photo from Trover by Steve Ignowski

7. The Chicago Building
Yet another building of high significance and prominence in the city, the Chicago Building was built back in 1904 and is on Madison Street. The building’s features a Chicago style of architecture through the use of the nicknamed “Chicago windows”, metal frame construction, distinctive bays, and terracotta cladding. 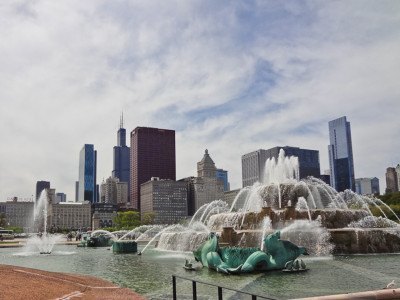 Photo from Trover by Krystalvation

So that’s a quick fire ten sights to get you started when you head to Chicago, Illinois. Safe travels!