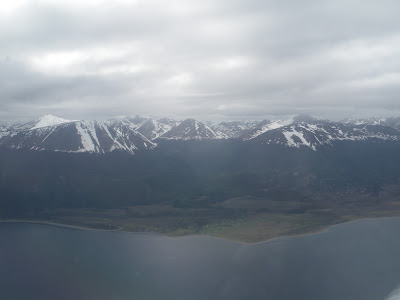 It really felt like the end of the world on arrival in Ushuaia. I flew down from Buenos Aires. From the flight, the last 20 minutes the view out of the window was nothing short of sensational! Mountains, sparse countryside and forest, covered in snow. With the sun bating down. 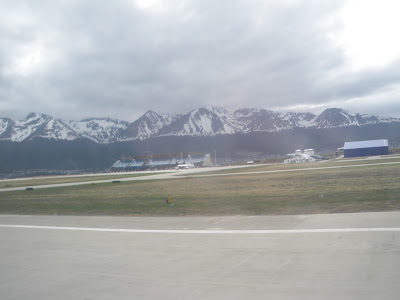 Welcome to the world’s coldest city, in theory…but actually no. It was hot! The sun was out and I found amusement walking around in shorts and t shirts on my first afternoon. 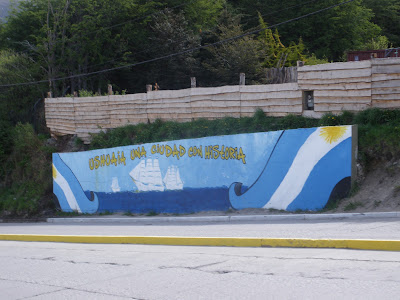 It seems distanced from the rest of Argentina, probably because it is. Here the people are not so much in your face, and tramps don’t line every corner making you feel unwelcome. Here, barking dogs replace the tramps and a welcoming tourist smile greets you in each supermarket, souvenir shop and restaurant. 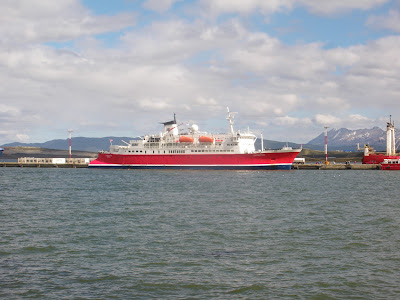 Of course the only reason why I’m here is because this is where my boat to Antarctica leaves from. But I kind of like it, even if it is the most expensive city in Argentina. 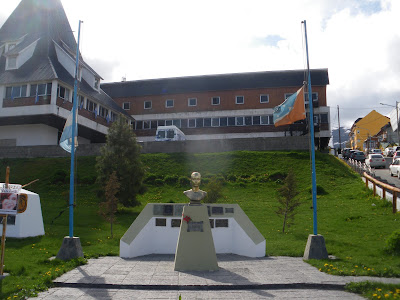 I feel I get to see more of Argentina here than in its smoky noisy capital – the city of Buenos Aires. There are Argentine flegs in abundance, there are proud sign and symbols from the Falklands War (sorry here it’s Las Malvinas). And apologies in advance Argentina, I’m a Brit in town. 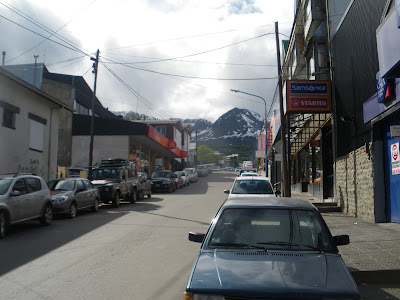 The city itself is fascinating. A special mix of local and tourist culture is everywhere. Kids play football anywhere they get a chance. 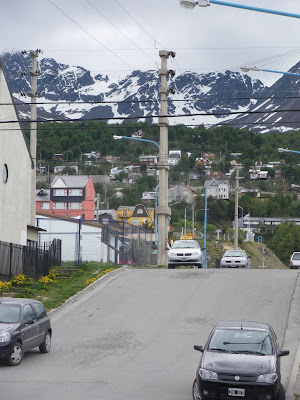 The streets are steep, rising to the edge of the city. 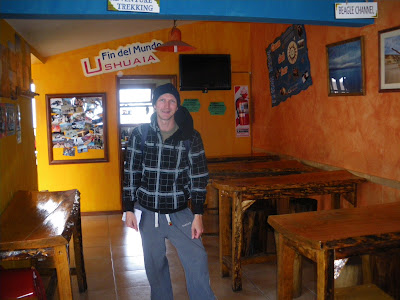 The first hostel I stayed in (on my first night in Ushuaia). This was funky and cool. It was called Cruz Del Sur, literally translates as The Southern Cross. 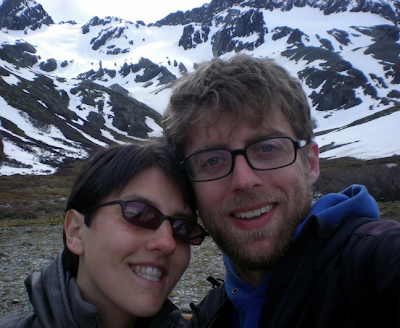 I met Laura Emmerson and John Mertens in there – both fascinating characters with a story or two to tell. Similarly to me they were on some kind of quest to travel the world in their own way. From Scotland and USA. 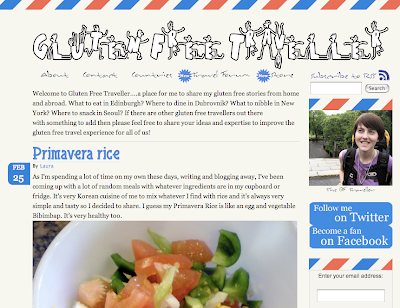 While I plan to see the world because my wife doesn’t want me (or at least until she does), Laura plans to travel in search of everywhere that has Gluten Free Food, and John travels with many incentives, one being to find examples of bad English in professional establishments, another being to find how America (or The US) is portrayed around the world, and somehow used to glamourise certain vendors. 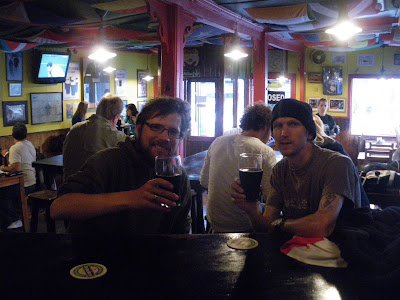 I also met Andreas in there, from Switzerland, and we had a beer together in the world’s most southernly Irish Pub. 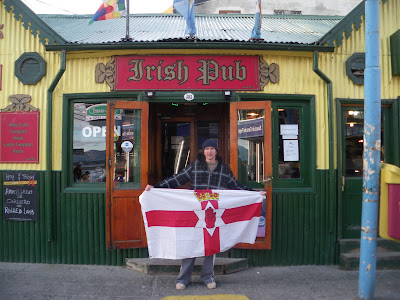 A nice pub as it happened, but sadly it didn’t have a Northern Ireland fleg, so I was on hand as ever to Ulsterise it. 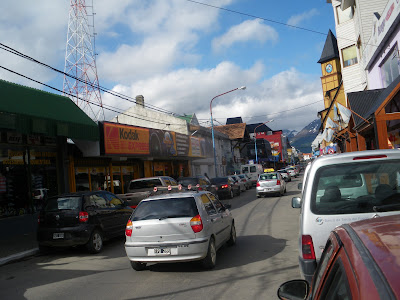 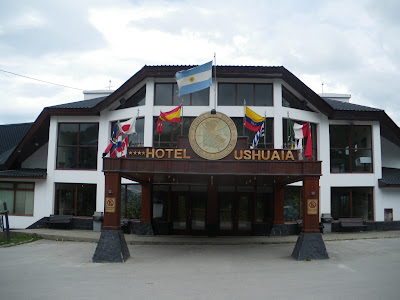 The ugly four star hotel I stayed in. Hotel Ushuaia. Hate it. Rubbish place. Don’t ever stay there! It was so bad I’ll actually bother myself to write a post on how shit it is!! All the hostels I’ve ever stayed in are better and they are not meant to be luxury. 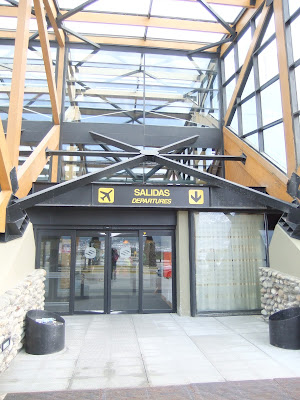 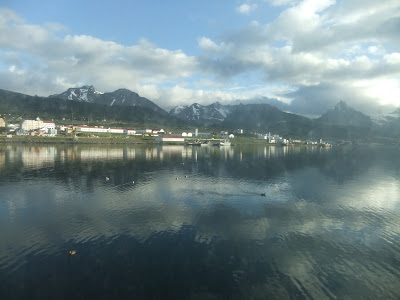 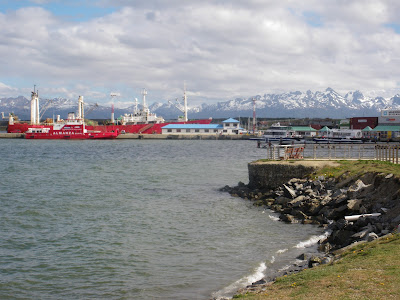 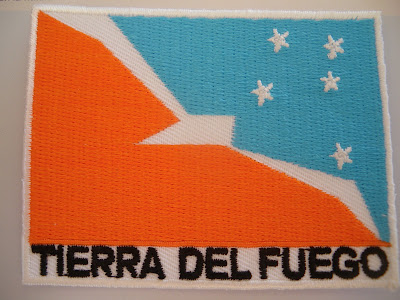 Tierra Del Fuego fleg – “land of fire” – Chile and Argentina both own a part of it. 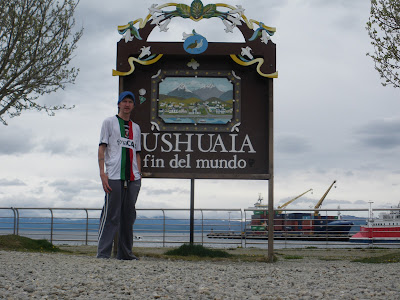 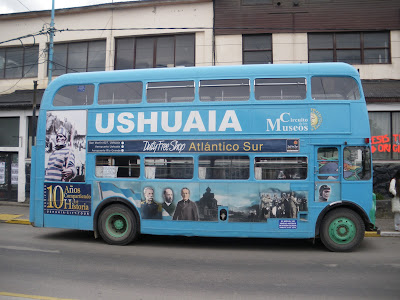 I can easily do justice to this gorgeous city and I won’t forget it in a hurry. But somehow it lives in a shadow and will always be known as “the place I went to Antarctica from.” 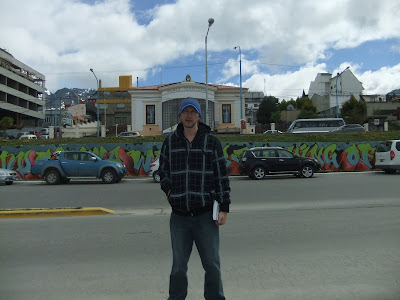 I had booked a few days in Ushuaia to relax after Antarctica before I booked to head to Uruguay next. 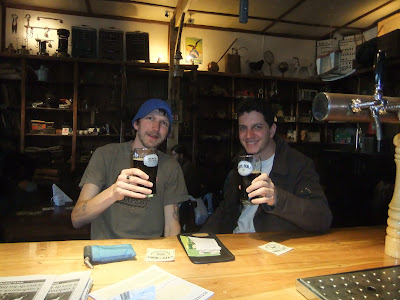 The final beer in Ushuaia, with my Brazilian friend Rodrigo.


Beer – Beagle Ale
Sucker Punch – I have spent more money in Ushuaia on my travels than in any other city in the world
Transport Used – Coach, Taxi, Plane, Boat
Regrets – Not watching the local football team play in the world’s southernmost stadium. Not buying every imagineable souvenir. Not being able till spake Spanish. Not having a travel buddy like Noemi there with me.
ARRIVAL IN USHUAIA:


GETTING A TAXI TO USHUAIA AIRPORT TO LEAVE THE TOWN:


OASIS – STAND BY ME BEING PLAYED THE DAY I TRIED TO CHANGE MY FLIGHT IN USHUAIA’S AEROLINEAS ARGENTINAS:

THE POTENTIAL WORRY JUST BEFORE MY VOYAGE TO ANTARCTICA WAS HEARING THAT THE PREVIOUS SHIP FROM MY TOUR COMPANY, THE MS EXPLORER HIT AN ICEBERG AND SANK…: