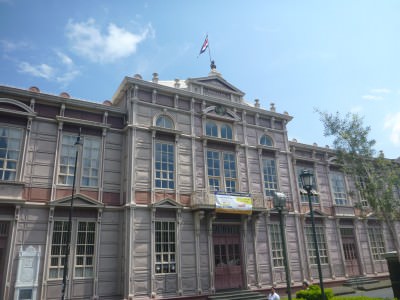 While backpacking in Costa Rica recently you might have read how I stayed in the inspiring Hemingway Inn in the Barrio Amon in San Jose. During my stay, not only did I meet traveller and author Deacon Blake, but I also met Michael Miller, who has written a guidebook on exploring the real San Jose. It was an inspiring but fast few days exploring the Costa Rican capital. 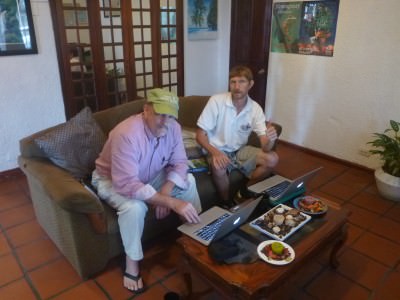 When Michael and I got chatting, he agreed to take me out on a walking tour of the city which takes in some of the cool and unusual spots to see in downtown San Jose. I backpacked the city alone before I went to find other places to visit in Costa Rica as I toured Alajuela and Grecia. From my walks round the Costa Rican capital, I picked out these top 10 alternative sights, inspired my Michaels’ tour, so yes this is slightly different from most top 10 lists from San Jose – it’s my personal top 10. 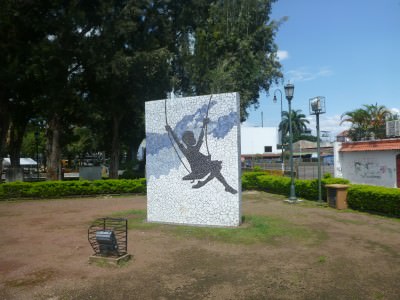 1. National Theatre
The main theatre in San Jose is worth a look – the National Theatre sits opposite Plaza de la Cultura, you can go inside the main lobby for free, can do a guided tour or if you’re lucky, catch a show at night. 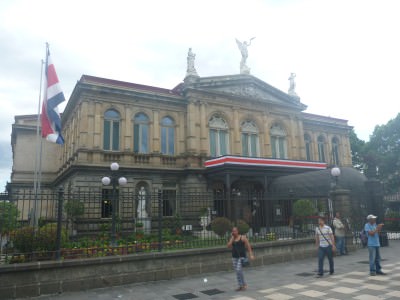 2. Metropolitan Cathedral
The main Cathedral in San Jose sits opposite the Parque Central. An elegant grey building which has a cool statue of the Pope outside it. 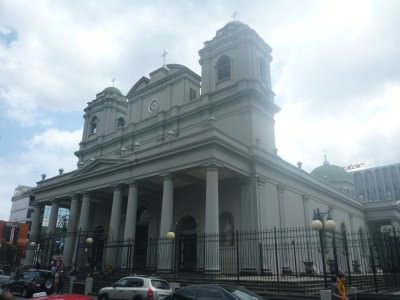 3. La Soledad Iglesia
This is my favourite church other than the Cathedral in San Jose. It sits in the square just behind the China Town arch and opposite the John Lennon bench. 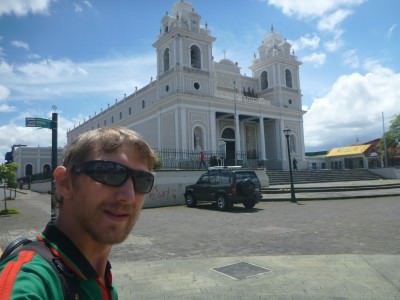 4. John Lennon Bench
Sit with one of the Beatles here in San Jose. Yes, John Lennon has his own bench. The thing is though, unless you read the sign, you would never know this is John Lennon! 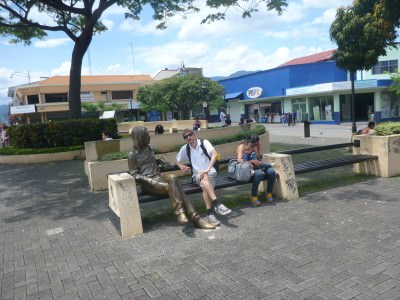 Sitting with John Lennon on his bench!

I mentioned this to Michael Miller and Deacon Blake that John Lennon had no glasses and they looked it up to find that someone had removed the glasses from Lennon at some point. 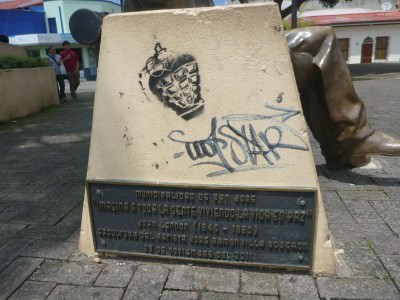 5. Anne Frank Statue
On the edge of the main Cathedral, on the main street sits an odd Anne Frank statue. It goes completely un-noticed and guide books never mention it. Locals don’t even knowing it! However Michael Miller is a local expert so he knows all the unusual spots and this is a cool one to check out. 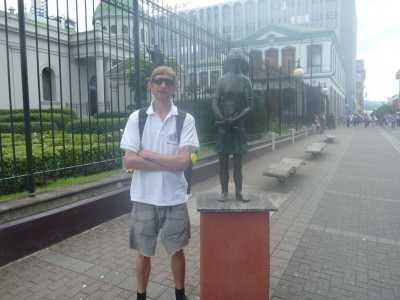 6. Hemingway Inn
Well what can I say? If Ernest Hemingway once stayed here, it kind of makes it a must visit for me when you’re in the area. Even if you don’t decide to stay here (you can also stay in Kaps Place which is a lower budget for backpackers) you can still pop by for a visit! 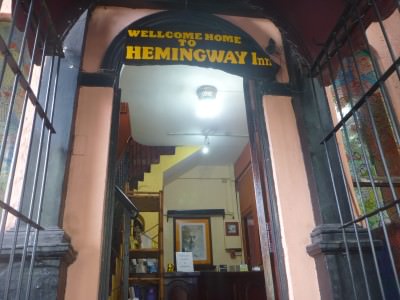 7. Railway Station
It’s unusual to find a Railway Station in Central America and luckily San Jose’s one is right by Parque Nacional. What’s even better as unlike the one in Guatemala City, this one still has operating trains. 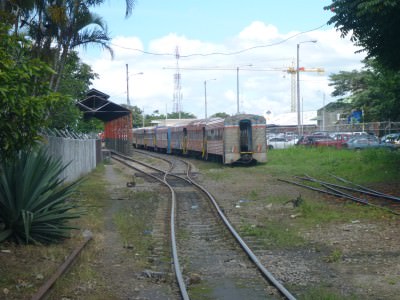 8. Morazan Park
San Jose has lots of parks and one which is cool to visit is Morazan Park as it has a social vibe about it. On Saturdays locals assemble to play games and music here. 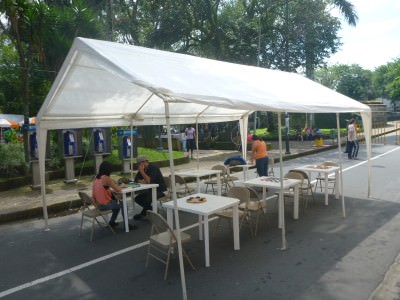 9. National Park
The National Park is leafy and relaxing by day and contains a monument to the battle of the Heroes of Costa Rica dating back to 1856. While you’re there you can also check out the Blue House and the Legislative Assembly. 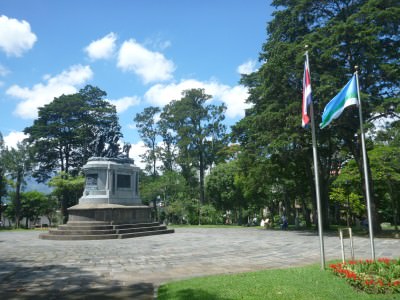 The National Park in San Jose.

10. National Museum
For once, I’ve left the football stadium off this list. Yes – I did visit it and I know that it’s cool to see Costa Rica make the World Cup Quarter Finals, but it’s not on a route that you can walk to. This list of 10 sights is all easily walkable as you backpack San Jose so the National Museum gets the vote. At $8 US it’s not cheap but gives a good insight into the country’s history and is a fantastic looking building. 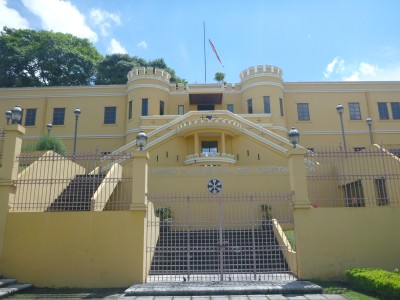 As well as meeting Deacon Blake, Michael Miller and staying at the Hemingway Inn, I also had a reunion with Sigal Kahana, my university mate from Costa Rica who lives in San Jose. We had a great night of a catch up and she also kindly left me off at my hotel in the mountains for my last few days in Costa Rica.

Here are some videos from the walking tour of San Jose: