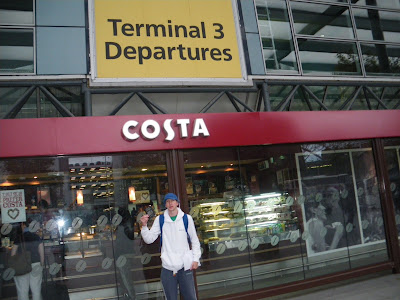 On Friday 2nd October 2009 I finally left the UK behind, after 29 and a half years. It was time to emigrate and move on. The horrors of 2009 had to be left behind (and they still haven’t been, and probably won’t ever be). I worked that day, finishing off my 4th Summer out of 7 working on the kiosks at Bournemouth Sea Front. It was a fitting end. 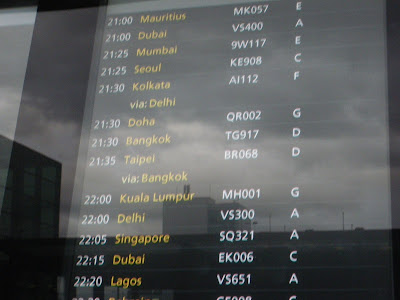 I had also given up alcohol while in the UK for 6 months of that year (though had beer and wine on trips to Italy, Sammerino, Hungary, Sark, Guernsey and France). Its now time to reflect on that with some sadness. On 3rd April 2010 it will be the six month mark – that’s the longest I’ve been outside the UK in my lifetime. Mind you though, I have been away from Northern Ireland for longer before – in fact I spent over 6 years living as a permanent resident in England. 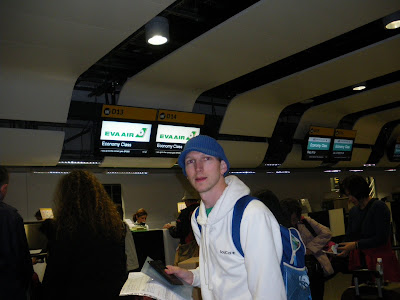 So I boarded a flight at London Heathrow Airport on 3rd October 2009. A flight bound for Bangkok (and then onward to Taoyuan, Taiwan). I departed from Departure gate 3 with young Natalja. The lady I met back in 2005, while working as a supervisor at Bournemouth Seafront. I traveled through parts of Asia – Taiwan, Malaysia and Singapore. I got back my passion for traveling, sightseeing and meeting new people. 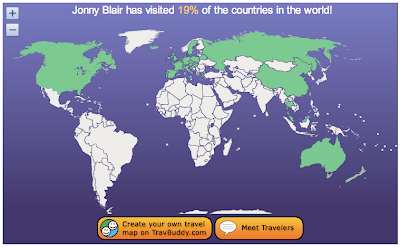 When I was young I was more interested in the globe and the countries of planet earth more than anything else. I managed to step foot in 39 different countries by the age of 30. This is my actual figure, but doesn’t account for the facts that:
– I have been to East and West Germany, when they are really one country though once were two
– I have been to England, Wales, Scotland and Northern Ireland, when they are all really part of the United Kingdom (itself of course a kingdom rather than a country, but some people question it).
– I have been to Liechtenstein, but only for a football match
– I never stayed overnight in Belgium or Liechtenstein
– I never left Bangkok airport in Thailand
So that means I have properly been to, and stayed overnight in 33 countries, living and working in 3 of them. I certainly don’t miss my homeland of Northern Ireland though I am always very proud to be from there. I am not Irish, I am Northern Irish. Simple as. It would be nice to visit some more, and I certainly have the contacts from a host of different countries. Over my years in my jobs I have worked with people from all over the world and I want to keep up my contacts, enhance them and see more amazing places. I will try to add another 20 countries in the next year, as I aim to do Antarctica, South America and Africa on my way back to Australia, saving funds as we speak!
Here’s some of the places I enjoyed in Northern Ireland:
Giant’s Causeway, Portstewart Beach, Newtownards Square, Belfast City Centre, Cregagh Estate, Portaferry – Strangford Boat.
Here’s some of the places I enjoyed in England:
Stonehenge, Poole Quay, Weston Super Mare, Dartford, Salisbury.
Here’s some famous places I’ve been to:
Empire State Building, Leaning Tower of Pisa, Arc De Triomph, Sydney Opera House, Petronas Twin Towers, Taipei 101
Here’s some lesser known places I’ve been to:
Debrecen Nagytemplom, Lenin’s Mausoleum, Wineglass Bay, Little Sark
Here’s to starting life anew aged 30, and trying to keep wearing my fake smile. “Don’t stop living, even though you want to” is my real motto, the first part is the cover up for what really goes on in the human mind.
U2 – GONE “what you leave behind you don’t miss anyway. goodnight, you can keep this suit of lies.” (1997 album, Pop)
LAST SHIFT AT BEST BREAK, OCTOBER 2009:
LAST WALK DOWN TO BOURNEMOUTH PIER FOR WORK, OCTOBER 2009:
A BEST BREAK RECEIPT WHICH OLI ASKED ME TO TAKE ROPUND THE WORLD WITH ME (ITS STILL IN MY WALLET BUT THE INK HAS NOW FADED!):
Join 15,017 Monthly Readers! If you enjoyed this article and LOVE travel and SAVING money, get e-mail updates from Don’t Stop Living – a lifestyle of travel! (It’s Free) 😉 Jonny