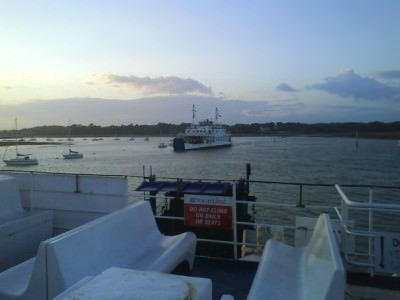 The view from my office window on a sunset sailing into Yarmouth on the Isle of Wight.

As a child I loved car ferries. It was something I could do internally in my home country of Northern Ireland from Portaferry to Strangford. Indeed the Strangford to Portaferry service still runs daily! As a child and teenager I went on a few family holidays on car ferries to Scotland, England, Wales and France and I loved them. I even played with Lego and used to love making my own Lego Ferries (a post and photos for another day perhaps). 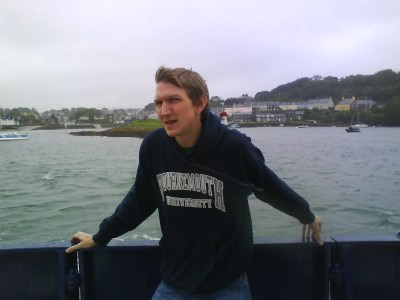 Relaxing during my student days on a trip home to Northern Ireland while taking the Portaferry to Strangford ferry.

However one of my dream jobs was working on car ferries. I simply loved it. I got into it by chance in 2008 and started working in the bar and restaurant onboard the Wightlink car ferries. I was based at Lymington in the south of England and worked on the Lymington to Yarmouth route. Yarmouth is on the Isle of Wight. I previously covered some of my Wightlink stuff here. 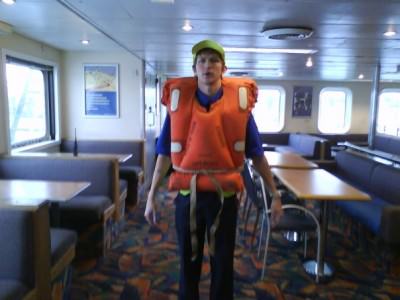 Wearing a lifejacket on board the Caedmon ferry in Lymington in 2008.

2009: Condor Ferries – Weymouth and Poole to St. Peter Port in Guernsey, St. Helier in Jersey and St. Malo and Cherbourg in France

Then in 2009, in my last 6 months of being based in Europe, I started working for Condor Ferries. This probably should have been my favourite job to date. However the timing wasn’t good for me. I had just given up alcohol, been ridiculously depressed and split up with a hopeless girl who at the time meant a lot to me and who now means nothing. 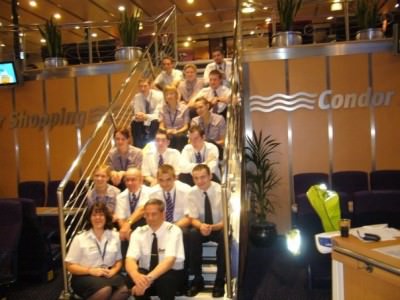 However my working career blossomed onboard the car ferries and I worked mostly in the restaurant on the England to France routes. The High Speed ones! This suited me well as I could work an early shift from 5am until 1pm and then go straight to my other job as an ice cream seller by the beach from 3pm – 10pm. I met a lot of friends through that job and had plans to work on cruise ships after that. I even applied for a few jobs, but not in an enthusiastic way. 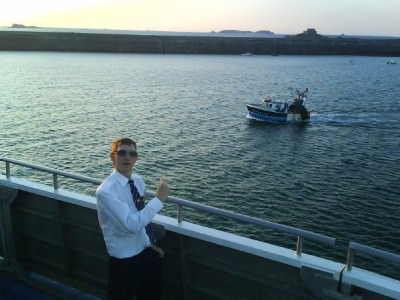 That’s me working in St. Malo in France. Living my travel dreams but getting ready for my next backpacking adventure!

I had already deciding I was heading off backpacking properly again and I booked a flight to Taiwan. When a cruise ship company got back to me, I had decided I was enjoying the backpacking too much. I ended up going back to bar work and farming next, and the cruise ship lifestyle opportunity passed me by. Life’s funny though as working on cruise ships is still in the back of my mind…

Getting a Job on a Cruise Ship

Then I started following Wandering Earl’s excellent travel blog which contains a cheap and extensive guide to getting a job on a cruise ship. Earl himself used working on Cruise Ships as a catalyst to transform his travel dreams and the thought is still in my mind too. If you’re into it – check out Earl’s book – worth a shot to change your lifestyle in an instant. And believe me – you won’t look back. Imagine working on the move as you save money and visit new places all over the world! 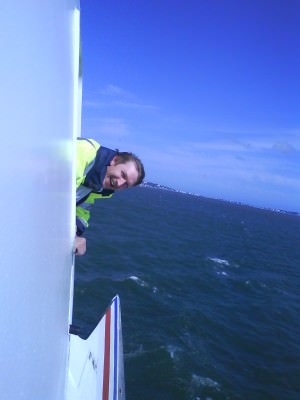 Fun times at sea on the France to England ferries! But I was about to head off to Taiwan on my next adventure!

Then 2010 came round and I was back on a cruise ship!! Not working though – I headed to Antarctica and lived out yet another travel dream this time. I was a customer this time, probably the most luxurious two weeks of my life so far. Worth every penny that I saved while farming in Tasmania and a mind blowing experience. 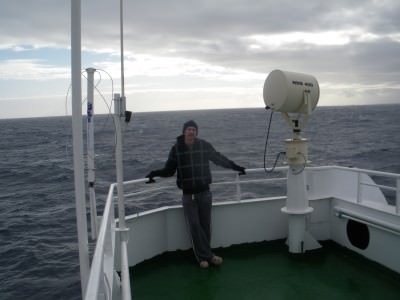 Relaxing on the Dreaded Drake Passage on route to Antarctica in 2010. Living my dreams!

I’m a backpacker at heart which is obvious from my Monday’s Money Saving Tips and my constant advice on cutting costs and corners. But the thought of doing a proper cruise with my girlfriend DOES appeal to me at some point. Instead of being on the bar this time, I’d like to be on the other side. Here are a few top spots for cruises…and yes there’s on the list – don’t think I’m not prone to a bit of luxury now and then!

– Southern Europe and the Mediterranean. Mediterranean Cruises are easy to come by and organise. While it’s not “backpacker travel”, it’s one of the most pleasant and hassle-free ways to discover multiple destinations in one go. The Mediterranean is served by a load of cruise companies these days and you can get stops offs in places like Spain, France, Monaco, Italy, Greece, Malta and Croatia. In fact there are 3 countries on that list alone that I haven’t yet been to, so it’s on my long list! 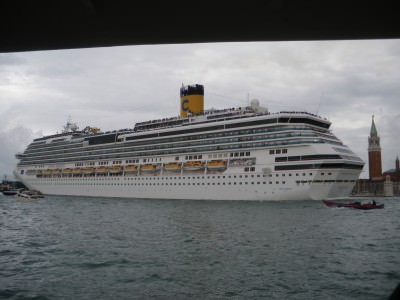 A Cruise Ship I saw in Venice A few years ago – another travel dream of mine is to do the Mediterranean someday.

– The Caribbean. Again, cruising to places in and around the Caribbean is a dream lifestyle. Stopping off in places like Aruba is hassle free and relaxing, but comes with the possibility of a cross Atlantic journey. Get saving.

– Antarctica. Don’t just dream about it – do it! Check out my numerous posts on my trip to Antarctica. I cannot recommend it enough!!

So as you read another Working Wednesday and ponder on what you’re doing with your life, these travel cruises dreams don’t have to be dreams. Make them a reality. If a Northern Irish guy like me can get a job working on a boat and later backpack my way to Antarctica, anyone can do it…live your dreams…

3 thoughts on “Working Wednesdays: Working on Ferries and Cruise Ships”