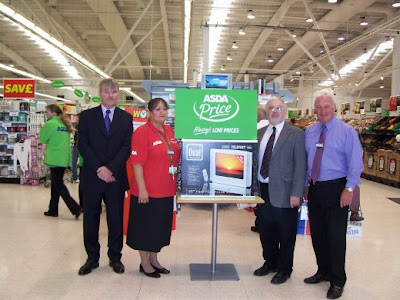 In September 2003 I left my job in the butchery at Steenson’s to move to England and start my degree at Bournemouth University. The only problem was I hadn’t sorted out a job yet in England, and also hadn’t worked in England before (or actually lived there). The first day in my new house in Holdenhurst Road, Bournemouth I went to do my shopping in ASDA at Springbourne Roundabout, near the central train station. It was the first time I had ever seen an ASDA never mind shopped in one. It was great and quite cheap as well, kind of became my second favourite supermarket after Tesco. 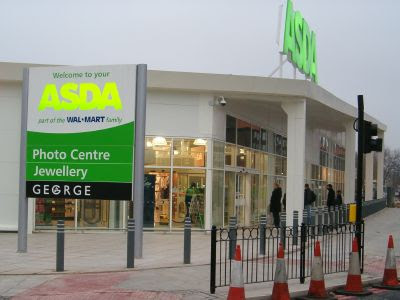 While in there I took an application form for a job and similar to my last job, I applied to work in the meat counter section! All was fine, though at the same time I also applied for a job in Tesco in Branksome in Poole (not sure why another one of fates games I guess). I turned up for the interview at ASDA and it was more like an informal get to know one and other thing and then some role play. Clearly I would excel at this sort of thing and ended up role playing some guy making a customer complaint. During the role play however, for whatever reason I sat (yes, sat) on the overhead projector in the room. The glass top on it totally cracked in front of everyone at the interview! Straight away I apologised and couldn’t believe what I had done. The rest of the interview went well, though when I got home my housemates at the time (Steve, Claire, Hannah) found it hilarious. I knew I wouldn’t get the job!

However an hour later I got a call on my mobile phone to say I’d got the job! It was from the lady who knew I had broke the overhead projector at my interview. I think she knew it was an accident and she totally saw my honesty shine through in the face of defeat (but not embarrasment, I found it rather funny). I took the job and the next day also took the job in Tesco, knowing that I would choose the best one. I turned up for my first shift at ASDA and they had me rota-d for every Saturday until Christmas, unfortunately I had to leave the job on my first shift as I couldn’t face missing the football… Tesco gave me much more flexibility and indeed only contracted me for ONE shift a week at the start. Living in a new place I was happy with the added flexibility and to this day I have never worked in ASDA.


The Tesco job I took, I stayed in until June 2006, almost 3 years working there…(though did have other jobs at the same time)


So I said ASDA la vista to my job, after breaking their overhead projector. Win some, lose some!