After leaving the Halifax in the first week of April 2002, suddenly I had my final pay packet and was going to sign on to the dole, but the same day I signed up with a job recruitment agency based locally in Bangor. It was the first (and only…) time I have ever signed up to a job recruitment agency. I think I did it as I wanted some money soon and was up for any random job at the time. I called into the offices, and it was fairly easy to set up my application form. You basically ticked what sort of jobs you wanted, what skills you had and what jobs you had done before. I had my media qualification and my GCSEs at the time, so was doing OK skills wise. I lived with my parents who also used a computer so I was PC literate (I think thats what they call it). My job history back in 2002 wasn’t quite as wide and varied as it is now. I had worked in newspapers unpaid, had written for fanzines and edited my own. Away from all this I had only worked in a bar, a shop, a nursing home and a bank. 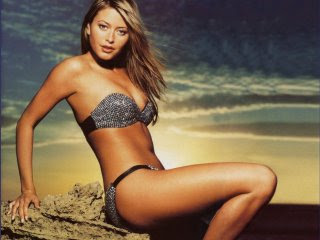 Grafton was very helpful, as it saved me having to sign on the dole at the time, and I was a bit disillusioned. It was quite strange for me though, because on March 17th (St. Patricks Day) I had worked in the pub again for £50 cash in hand as a special request and really should have got into pubs at that point, but it wasn’t what I wanted. In truth I didn’t know where I wanted to work. I got a few jobs through Grafton Recruitment, until I eventually (in the last week of April) started full time work again in Steenson’s Butchery in Ballyholme. I remember working at a call centre at Clandeboye for two days, I think it was run by a company called MM Group, it was the most forgettable job I’ve ever had. I honestly don’t remember a thing about the actual job, apart from the hours were 9 – 5 and it was just for two days. I also worked at Anderson Manning Associates for 2 and a half days. That I do remember, as it was a fairly easy, monotonous job, sorting out mail and sealing envelopes, still I worked with a few people there and just spent the days listening to music and sorting out leaflets and envelopes. 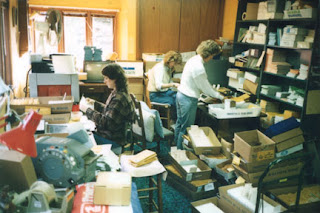 As I recall I actually only did those 5 shifts, and worked in those two places while at Grafton Recruitment. Its a time in my life where things weren’t great. Northern Ireland lost 5-0 at home to Spain (the worst ever performance I’ve seen from our men’s team), and I didn’t socialise much. Anyhow by the end of April 2002, Arsenal had won the Premier League with a win at Old Trafford, Oasis had released the touching “Stop Crying Your Heart Out” and Jonny Blair had a new job. I was now an assistant at the provisions counter in Steenson’s Food Centre. A job I would keep until my changing destiny sent me away from Northern Ireland the following Autumn and into pastures new in Bournemouth. I’m still in fucking Bournemouth 6 years on, good Lord its 2009 now, and I honestly can say I don’t want to be in Bournemouth by September. We will see what happens. But in the meantime thanks to Grafton for those few shifts and jobs back in 2002, ensuring I didn’t go on the dole and providing me with my only ever experience of being employed through a job recruitment agency.

Who I worked for – Grafton Recruitment

Where did I work? – Anderson Manning Associates, MM Group.

Chart hits in the UK at the time? – Holly Valance – Kiss, Oasis – Stap Gurning Yer Heart Out, Tiga and Zyntherius – Sunglasses At Night, the original version of “Umbrella”, and a song called “Lazy” by a group I forget…