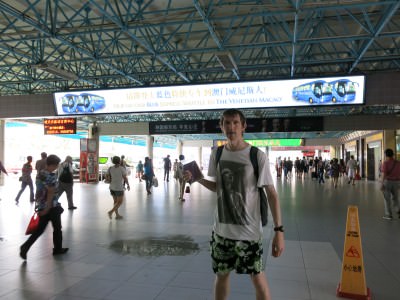 World Borders: How to get from China to Macau – the Zhuhai crossing

If you thought my world borders series has been quiet lately (except for the North Korea trip) then that’s because I’ve been busy crossing a load of world borders of my own recently, yet no time to type them up. So it’s time for another Chinese installment now and the border between Zhuhai in China and Macau. It’s an overland border, which is passed entirely on foot, so here’s my easy guide on how to get from China to Macau. 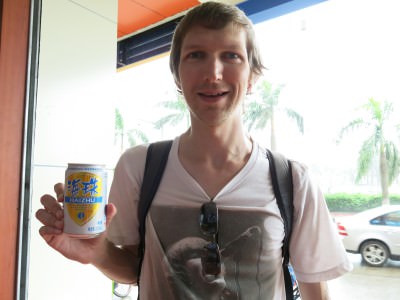 Macau and China are in theory (and to me anyway) separate countries. While the Portuguese influence still exists, back in the late 90s this state ceased to be run from Portugal and is now in China’s hands. However there is still a huge border system in operation and it’s very similar to the Hong Kong to China border situation. 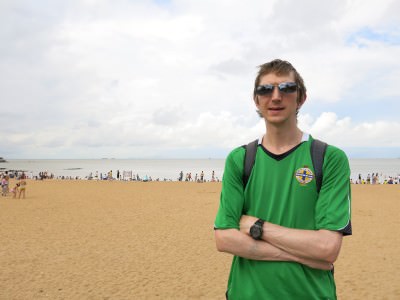 On the beach at Zhuhai, China’s cool coastal resort which borders Macau.

The main border crossing is from Zhuhai to Macau. This is known as the Gongbei Crossing. It’s one of only two land borders between China and Macau (sea crossings and of course flights are fine of course). This is right by the sea and fairly easy to find if you’re backpacking in Zhuhai. 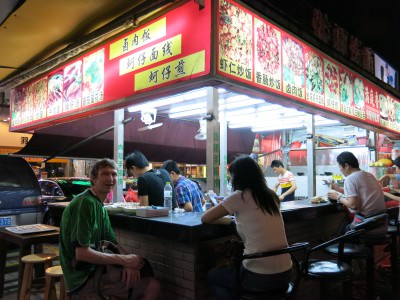 A night out in Zhuhai eating local street food.

Zhuhai ain’t exactly a small fish though, it’s a city of 2 million people would you believe!!

Getting to the Border at Zhuhai

This is easy in my opinion. Buses in the town run regularly to the area where the border sits. Zhuhai train station is also right on the border, and has high speed connections to Guangzhou. The border itself is actually accessed through a large shopping mall, which can get busy. Just keep following the signs which are also all written in English. The Mall is called Zhuhai Port Plaza and as you can tell, it was raining heavily when I was there. 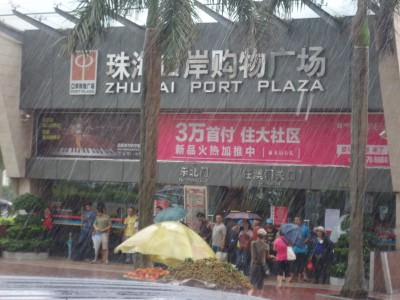 The Zhuhai Port Plaza – shopping mall by the border to Macau

Head through the Zhuhai Port Plaza and to the border checkpoint. Be ready for long queues and do yourself a favour by filling in your departure card while in the queue. We queued for over an hour, and my girlfriend is Chinese so this doesn’t even matter. At peak times it can be a busy border crossing. We were there on a Sunday morning and it was hectic. Leaving China (where you’ll already have had a visa) is easy. Once you get through the long queues, it’s a fast stamp and you’re out. There’s a short walk to the Macau entrance checkpoint. 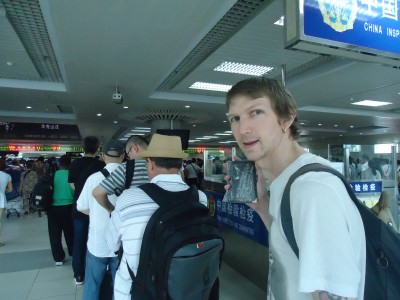 In the long queue to leave Zhuhai, China at the Gongbei exit gate. 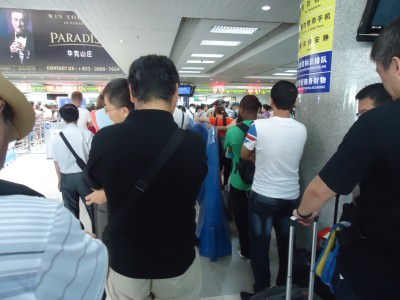 Arriving in Macau at Portas do Cerco

Once you get to Macau it’s a short walk and oddly for me a shorter queue to get through. Perhaps this is because Chinese Nationals, Macau residents and Hong Kong residents can simply use their ID cards into a machine so this means there are less people doing the manual crossing like me. 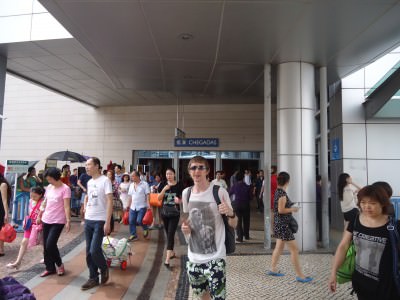 Arrival at Portas do Cerco in Macau!

Again fill in your arrival card while in the queue to save time and you will get through to Portas do Cerco. Currently EU Nationals and a lot of nationalities do not require visas to enter Macau. I have travelled to Macau on a British and an Irish passport and had no problems either time. I got six months on my arrival stamp (below). 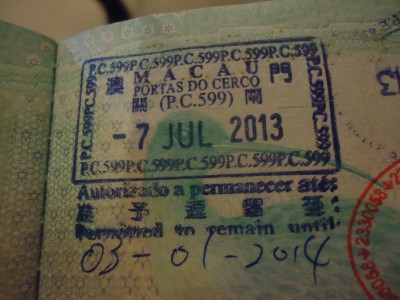 My Macau entry stamp – valid for 6 months on entry at Portas do Cerco.

Once you arrive you can get free buses to basically any Casino in the city so that’s the cheap bet. Taxis and paid buses are also available for the rich ones. Macau is a great spot and I’ll have a few more stories on it to come. It’s sightseeing and casino time!! You’ll be aware that Macau is one of the best casino spots in the world. I won there myself of course if you read this crazy post . Macau’s Casino reputation is well known and you’ll find it mentioned on a load of gambling sites. But as ever, try not to overspend. Gambling ain’t easy on a backpacker’s wallet…

Here are a few videos from my border crossing:

7 thoughts on “World Borders: How to Get From China to Macau (Gongbei Port to Portas do Cerco)”