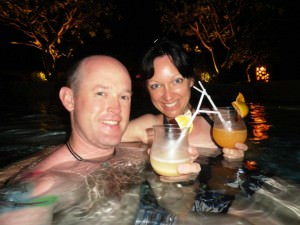 In my latest edition of World Travellers, I talk travel with Ashley and Paige, who both come from Victoria in Australia. Read about their immense travel repertoire which encompasses Mount Everest, Antarctica and the Fjords of Norway!

We have both travelled independently (Ashley has trekked the Kokoda Trail and hiked to Everest Base Camp and Paige has visited all 7 continents) but this is our first long journey as a couple.  We started this trip with our wedding on Phi Phi Island, Thailand and we have since travelled through Cambodia, Vietnam and Norway.  We have also visited Hong Kong, Moscow, St Petersburg and Stockholm.  Our next stop is mainland Europe – Amsterdam will be our point of entry. 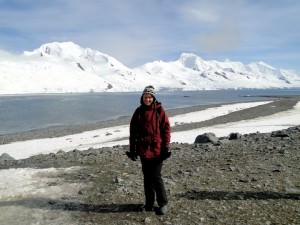 We are now travelling through Scandinavia.  Paige knows this part of the world relatively well after living in both Sweden and Norway.  The spectacular fjord region is highly underrated. 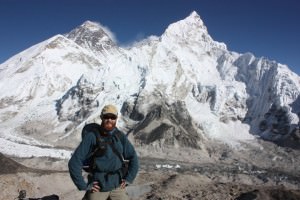 Ashley:  Finding myself in Paris, alone, and with no accommodation sorted, when I had travelled very little, was very daunting to me at the time, and I grew quite a lot from that simple experience.  That aside, I was very moved when I completed the Kokoda Track in PNG.  But my highlights are mostly spending time getting to know my (now) wife Paige walking around old town streets and in cocktail bars, the funkier, the better (think Skyla Bar at Kamala beach, Thailand).

Paige:  There are so many!  Dinner at a Bedouin Camp in the desert, cocktails at the Burj Al Arab, Christmas in Norway, marrying on Phi Phi Island, my birthday on a beach in Mykonos, celebrating Rio Carnivale, setting foot on the White Continent…the list is endless! 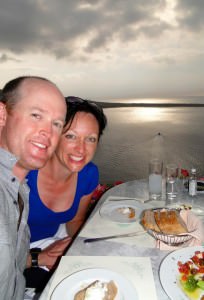 World Travellers: Ashley and Paige enjoying a sunset in Greece!

Ashley: Waking up after food poisoning in southern UK, only to have to go to work the next day.

Paige: Stepping off a bus in Cambodia to be greeted by locals holding live tarantulas and fainting in Las Vegas & finding that I’d smashed all my front teeth. Night buses in South America don’t rate well either. 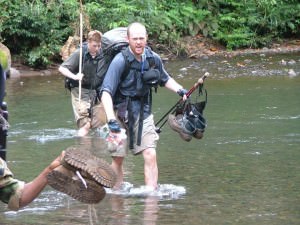 We were being chauffeured to the airport in St Petersburg when our wedding dance song came on the radio.  We attempted to explain to our driver that the song he could hear was our wedding song.  Although we pointed to the radio and our wedding bands, he thought we no longer wanted to go to the airport.  He then called someone he knew who spoke some English.  She happened to be swimming in a pool at the time so we were then transferred to one of our driver’s colleagues.  This time we were able to explain our story to a lady who then translated it back to our driver.  He laughed when he realised that there had been so much confusion over something so simple. 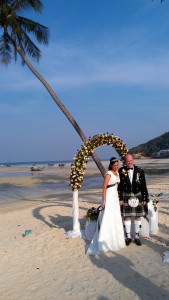 Ashley: I don’t usually get freaked out by much, but I did have a minor panic when I found myself out the end of the nerve-tester in the Grampians in Victoria, Australia.  Seemed so easy to get out there, but very hard to get back!

Paige:  Being blue-eyed, I received a lot of unwelcome attention from men in both the Middle East and South America.  It made me feel quite uneasy when travelling alone.  Being stranded in Johannesburg (one of the most dangerous cities in the world) at night was also hair-raising as I had to get a lift from a friend of a friend of someone I’d just met at the airport!?! 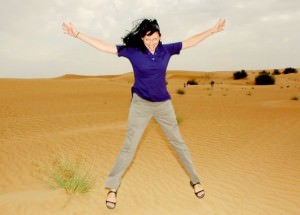 1.  Do plenty of research to ensure you adhere to local culture and customs.

2.  Ensure you have a ‘Plan B’ in place, especially if you’re travelling without fixed reservations.

3.  Even when travelling on a budget, if something is worth it, then do it/buy it.  You are more likely to regret it if you skimp, than if you spend sensibly and enjoy the experience. 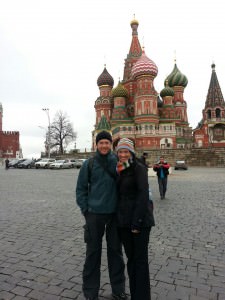 Following our next few weeks in Europe, we will head across to the U.S and cruise around the Caribbean and Alaska.  As we will be looking to start a family after this adventure, realistically our next trips will most likely be closer to home – New Zealand and the South Pacific.  But as the kids grow we will expand our horizons so they can expand their experiences.  We would also like to do a road trip around Australia to see and experience more of our own country.

We are a fun-loving, adventurous Australian couple who are kicking off a six-month round-the-world journey with our wedding in Thailand.  We have both travelled extensively, however, this will be our first long-term trip as a couple.  Our primary destinations include Asia, Europe, Scandinavia and Northern America.  Although we are both working professionals (Ash is an Engineer and Paige works for the Federal Court), we are hoping our journey will initiate new passions and may prompt us into a new direction with our lives.

Thanks to Ashley and Paige for being the latest in my series of World Travellers! If you travel the world and run a travel blog or are a travel writer, please get in touch, you can be featured (there’s a HUGE waiting list at present), either e-mail jonny (at) dontstopliving (dot) net or head to my contacts page and get connected! You can also subscribe to Don’t Stop Living by filling in the form below! Safe travels!