My latest nomad in the World Travellers series is Chris Backe who runs a website, has released some interactive travel books and talks about how much he loves Asia from his time living in South Korea and Thailand. 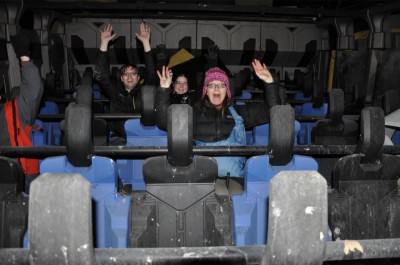 I’m Chris Backe, the guy behind One Weird Globe and Choose A Way, a new series of interactive travel books.

Born near Chicago, lived in North Carolina and Kentucky for years before leaving the US in 2008. 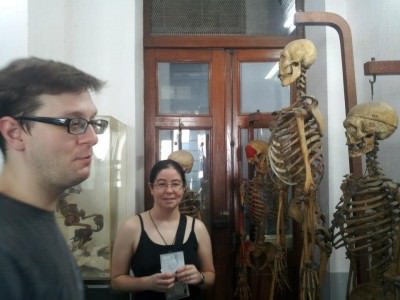 I lived in Korea from 2008-2013, then moved to Thailand in March 2013. Since then I’ve traveled through Laos, Malaysia, back to Canada and the US for the holidays, and all around Thailand. When my wife and I travel, we aim to find the off-the-beaten-path places around the country, and spend a lot of time in the country.

By the time you’re reading this, I’ll be in Krabi in southern Thailand. This’ll be the final stop during 2 years in Thailand, and we’ll be here until March 2015. If you’ll be around, say hey and we’ll catch up (seriously – I love catching up with fellow travelers!) 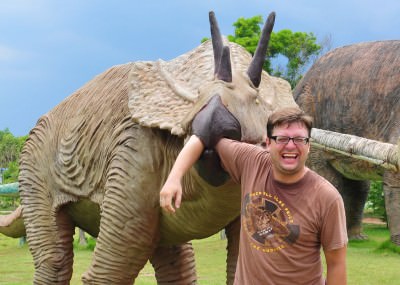 Gotta say Seoul remains an awesome travel experience, whether you’re there for a couple days or 5 years.

#2? Probably Chiang Mai and/or the rest of northern Thailand. It’s not the easiest to get around without a bike of your own, but there’s plenty of places that are worth the effort.

#3? Vientiane – an ecletic mix of French and Asian influences, and amazingly cheap.

Arriving in Bangkok for a conference and enjoying the 5-star hotel. Yeah, it was a review – and it was a marvelous time. 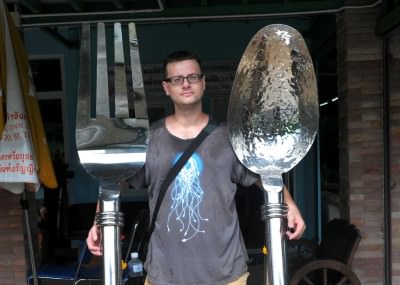 The Vientiane to Luang Prabang ‘VIP’ bus. Do yourself a favor and take the plane. What was billed as a 12 hour bus ride (and that’s the BEST case scenario) ended up taking nearly 20 hours of bumps and cramped quarters that were all but impossible to sleep in.

Getting a tour of the umbilical cord shrine in South Korea – a rather surreal place if you ask me.

Getting off the bus in the middle of nowhere, South Korea. We were still several kilometers from our destination, the tomb of a famous poet, but the entrance was up a side road the bus wasn’t heading… We waited for nearly an hour before a taxi finally came along that would take us there, wait for us, then get us back to the train station!

Teaching English to a couple of older ladies in a Korean coffee shop. 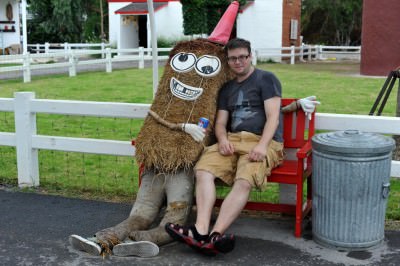 I’ve written over a dozen books and itineraries, and I’m working on a new book about offbeat Thailand, due out mid-2015. I also do a fair bit of freelance writing, and I’ve done some pro photography in the past.

We’ll be in Krabi until March 2015 – after that, we’ll spend a few months in Europe, then we’re down to South America for the long-term.

Chris Backe is the blogger behind One Weird Globe, a travel blog that focuses on the weird and offbeat destinations around the world. He’s lived in Asia since 2008, and is currently in northeast Thailand. He’s written over a dozen books and itineraries as well.

Thanks to Chris for being the latest in my series of World Travellers! If you travel the world and run a travel blog or are a travel writer, please get in touch, you can be featured (there’s a HUGE waiting list at present), either e-mail jonny (at) dontstopliving (dot) net or head to my contacts page and get connected! You can also subscribe to Don’t Stop Living by filling in the form below! Safe travels!