My latest World Traveller is Jean Poulot, yet another inspiring guy, a veteran of well over 100 countries!! He is finishing writing a book and continues to jaunt around the world while using South Korea as a base. I especially love his Afghanistan to Zimbabwe A – Z jaunt (even though I’d put Wales in there 😉

I am an animator and animation director. In addition, I have been teaching animation in several universities in Seoul, South Korea. 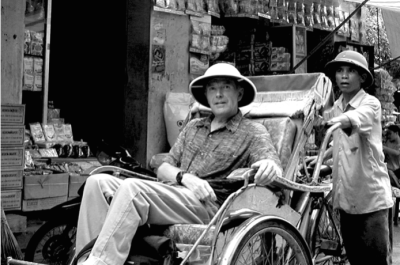 From Afghanistan to Zimbabwe and over one hundred countries in between. My criteria for a country is that it must be a United Nations Members State. In addition, I have been to twenty overseas territories or non-UN states, such Taiwan, the Cook Islands or Macau. Regarding the continents, nobody seems to agree on the number. I travelled to all inhabited continents.

They are all in the South Pacific, in Melanesia, Vanuatu, in Polynesia, Samoa and Easter Island. 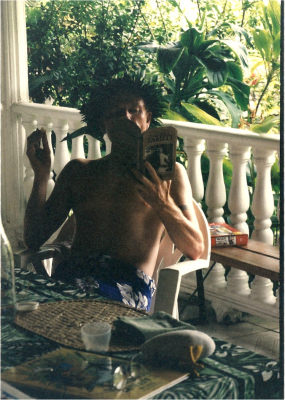 When the weekly plane in the Banks Islands, northern Vanuatu did not come because of a cyclone.

North Korea, where you can’t travel by yourself. Because of the brutal regime, the rigid culture, the innumerable restrictions, I will never go back, except when the country will be reunified.

There was no toilet paper on the Trans-Siberian. At the first stop, I rushed on the platform to find a little store. Not speaking Russian, I had to use body language. 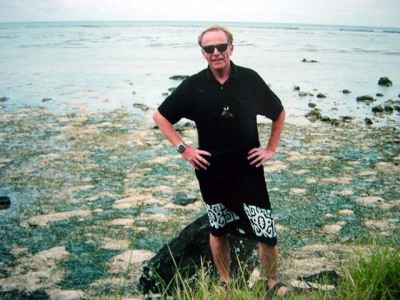 Having two guns pressed on my temples, a rifle on the left and a revolver on the right when the overnight Rio-Brasilia bus got held up by three thugs in balaclava.

I was strapped for cash in LA and saw an ad in the paper looking for a clerk at a bookstore. It turned out to be a sex shop, on Hollywood and Vine. I thought, what the hell, and worked there for one month.

The universities in Seoul have been paying for my travels for the last thirteen years. With a summer and winter break of two and half months each, I spent all my time abroad. The teaching I did for free, the universities payed me to live in Seoul.

Pack light, travel overland whenever possible and avoid Lonely Planet guides. Everybody else has one.

I’ll have to go back to South Korea (oh, the agony) then, no solid plans except that my compass points to Madagascar.

I lived for over twenty years in Portland Oregon working in animation at Will Vinton Studios, who created the California Raisins. The studio changed its name to Laika. After that, I lived for 13 years in Seoul, teaching animation and making my own short films, writing, directing and animating.

For the last few months, I have been in the Philippines finishing writing a collection of essays, Traveling the Alphabet, subtitled From Afghanistan to Zimbabwe. I am currently editing the book before sending it off to literary agents.

In case you are wondering which countries are included, they are Afghanistan, Brazil, Chile (Easter Island), DPRK, Egypt, France (Wallis and Futuna), Guatemala, Honduras, India, Jordan, Kiribati, Laos, Maldives, Nepal, Oman, Qatar, Russia, Trinidad and Tobago, Uzbekistan, Vanuatu. There is no countries starting in W, so I chose Samoa because twelve years before my trip it was called Western Samoa. (Jonny – have to disagree on this one – Wales is a country as is Wallis and Futuna in my books 😉 ) Again, no country in X (Jonny – I’ll count LuXembourg! 😉 ), so the title is X Marks the Spot, South Korea, Yugoslavia and Zimbabwe.

Some of the chapters were published in Groove Korea, where I won best travel writing in 2013. I have written two books, both published in Korea, a manual on clay animation and a manual on 3-D photography.

I don’t have a website or blog, but loads of travel pictures (and short films) can be found on my Facebook page.

Thanks to Jean Poulot for being the latest in my series of World Travellers! If you travel the world and run a travel blog or are a travel writer, please get in touch, you can be featured (there’s a HUGE waiting list at present), either e-mail jonny (at) dontstopliving (dot) net or head to my contacts page and get connected! You can also subscribe to Don’t Stop Living by filling in the form below! Safe travels!

2 thoughts on “World Travellers: Jean Poulot From Afghanistan to Zimbabwe”