My latest world travellers interview and the first of 2014 is with Jonathan Duncan who is quite simply the backpacking man!! From his travels as a child to his recent adventures, Jonathan is a guy who is what I call a “proper traveller”. No place seems off limits for him as he delves into countries a lot of us haven’t even considered. Let his travel tales inspire you further…

I’m a British citizen but only lived around 10 years of my life in the UK. I was born in Berlin and grew up in Germany, Australia, Gibraltar and England. The last 15 years I have been living abroad and traveling. 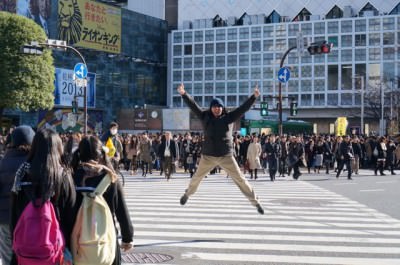 Many places, around 70 countries. Most time spent traveling around Asia.

I normally can’t answer this question well as I love so many destinations. But overall I would say Japan, Indonesia and Ethiopia. 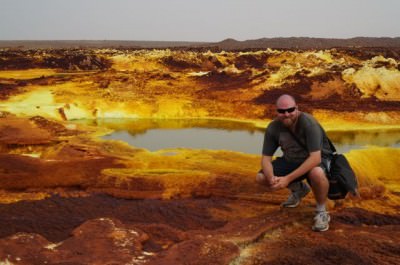 Fantastic photo here of Jonathan Duncan the Backpacking Man at the Danakil Depression in Ethiopia.

In the central highlands of Papua I was hiking around with my guide staying with tribes and we found out about a celebration the christian missionaries were putting on for their 50 years work in the area. It lasted over 2 days high up in the middle of nowhere, no tourists except me, it was supposed to be a secret celebration.
Thousands of tribal people came from the surrounding hills, smoke filled the valley from fires that were heating stones to be put in earth ovens. The ovens were to cook lots of pigs that were being hunted with traditional bow and arrow. The whole thing was like being in a Tolkien novel. I will never forget it. And the people were some of the friendliest you could meet.

There has been quite a few as I have done a lot of traveling. I would have to say though being mugged at knifepoint by several men at dark in Bogota, Columbia. The mugging was not pleasant, but the most annoying thing was it happened at the end of a 5 month trip with only 2 weeks left, and I had to spend 1 week of that in Bogota getting an emergency passport sorted out, as they took that, along with all bank cards etc. My last plans for the end of that trip had to be discarded. 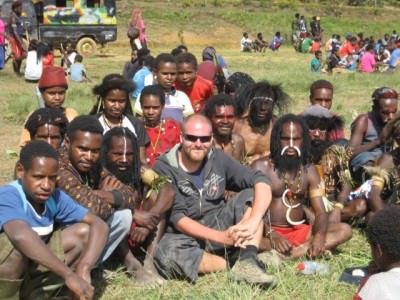 Way to many to choose from. I will just go with a random one and say hitchhiking 35 hours on the back of a truck from the Ethiopian border to Nairobi in Kenya. Doesn’t sound funny, but we broke down and had flat tires several times in a barren desert, driving over a non existent road that was basically just sharp rocks, and being informed when broken down that there were criminals that came across the border from Somalia targeting the trucks and killing people and stealing. I couldn’t help but laugh when I said to myself “what the hell have you gotten yourself into this time Jonny!’. 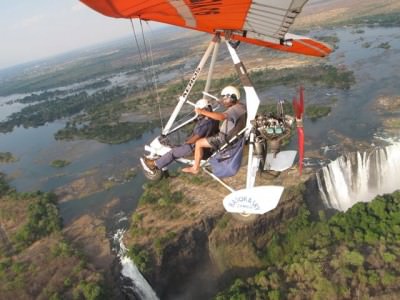 The mugging in Columbia was scary. But the most I ever felt worried was when a full grown male lion was outside my tent in the bush on safari in Tanzania. I heard it roar real close and found out from the guards that it was only 30 metres away and only a thin piece of fabric separated it from me. Didn’t sleep good after that! Worse thing was I really needed to go to the toilet but didn’t want to get outside!

Being a film extra for Egyptian movies in Cairo. I ended up living in Cairo for a while living of that. 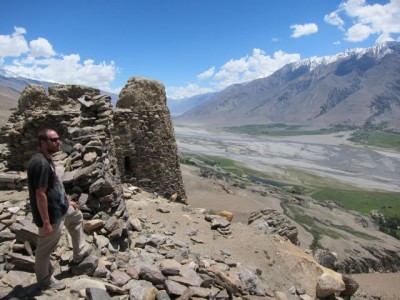 World Travellers: Jonathan Duncan looking on to the Hindu Kush mountains in Afghanistan from Tajikistan in the Wakhan Valley

I used to just find random jobs when I first started. Work a few months, save, then travel a few months. I started saving money when setting myself up more in Amsterdam, renting apartments for tourists to stay in, was good money. Now I am out traveling for the next few years and have enough saved up. I haven’t drunk much alcohol over the last several years which helps a LOT in saving! I also am good at poker and use that to make a bit of extra cash now and then. For example 3 years ago I found some easy games in Nairobi and made some good winnings to pay for safaris!

Pack light, You can always buy things for cheap on the road. Don’t spend a lot on things you will find out you don’t really need. Especially expensive backpacks.

Don’t be afraid. Life is awesome and it just gets better with travel and experiencing new things.

I will go to Taiwan for a few weeks mid January, then meet up with 2 friends to travel to Borneo for a month. After that haven’t got exact plans, will probably come back to Japan for a few months maybe to hang out. I love Tokyo. I have to go back to England in July for my sisters wedding. Then figure out where to go after that. Even after 15 years doing this there is so many things I still want to see!

The names Jonathan. I grew up as a child moving around to different countries due to my fathers work. This gave me at an early age the desire to want to travel more. So at the age of 20(I am 36 now) I left to go go my first solo backpacking trip. This took e to the middle east fora few months where I caught the travel bug bad and basically have lived abroad finding jobs and traveling ever since.
I love backpacking and the budget aspect that comes with it. Not just for saving money but because when on a budget it forces you to get out of your comfort zone and meet the locals more.

Thanks to Jonathan Duncan for being the latest in my series of World Travellers! If you travel the world and run a travel blog or are a travel writer, please get in touch, you can be featured (there’s a HUGE waiting list at present), either e-mail jonny (at) dontstopliving (dot) net or head to my contacts page and get connected! You can also subscribe to Don’t Stop Living by filling in the form below! Safe travels!