The latest entry into the World Travellers series is with author, writer and traveller Samita from I am the Ocean. Samita shares her tales from all over Canada, the USA and two countries I don’t know much about – Ghana and Burkina Faso. Over to you, Samita! 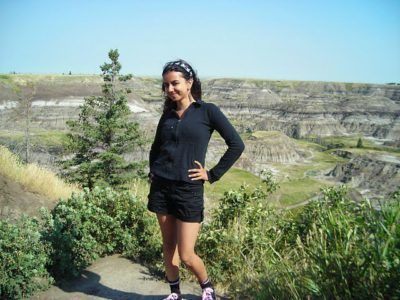 World Travellers: Samita from I am the Ocean

My name is Samita Sarkar and I am a full-time writer from Canada. I just finished my first travel memoir, I Am the Ocean, chronicling my physical and spiritual journey backpacking along the east coast of the United States.

I was born in Canada and have lived here my whole life.

I’ve travelled around most of Canada (including the Northwest Territories), the east coast of the United States, India, Cuba, Ghana, Burkina Faso, and Amsterdam.

I’m at home in Ontario, Canada — for now. 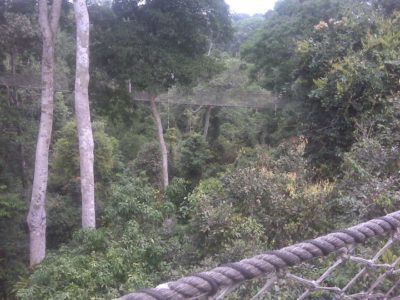 World Travellers: Samita from I am the Ocean – rainforest in Ghana

This city has so much character. It’s very beautiful, with parkettes throughout the downtown area and tree-lined streets draped with Spanish moss.

Savannah is also home to SCAD, the prestigious Savannah College of Art and Design. It’s very modern and artsy, with lots of art galleries throughout the city. At the same time, it’s an old city, and most inns are rumoured to be haunted. Savannah is such a unique mix of quaintness and modernity, and with the friendly people and slow-paced lifestyle, I just fell in love.

In India there’s a city by the Ganges called Mayapur. Even within India, Mayapur in particular is an extremely spiritual place. It was in Mayapur’s grand temple, while I was taking darshan and lots of women were dancing around me in their colourful saris, that I had the revelation that we often take what we have for granted. I never felt so good in my own skin.

Although it’s in the same country, Vancouver is so different from my home town, which is why I love it. It’s warm, near the ocean, and there’s lots to do. It isn’t too far from the Rocky Mountains and many other natural sites that are good for day trips. 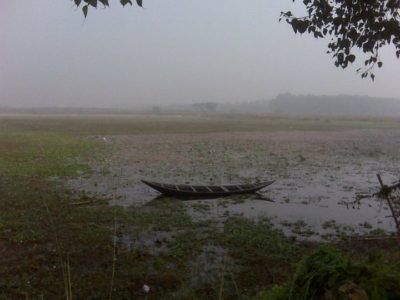 World Travellers: Samita from I am the Ocean – Mayapur, India

On my trip along the east coast of the United States, every day was perfect. But there was one day that was particularly magical. I was feeling really lonely when I first reached my final destination, Miami. After a few days, I met three unforgettable girls and we went everywhere together. We had breakfast, went to the beach, and then in the evening, we went to a temple. It was a bit of an adventure because it was in a rough part of town. The girls left for Europe the next day, but I was still grateful for the time I spent with them. It was one of the best days of my life.

Last fall I went to India and had the misfortune of meeting my uncle and cousin, who are full of every evil vice you can think of. I’d rather not dwell on the negative, but let’s just say I was glad my parents were there to protect me. 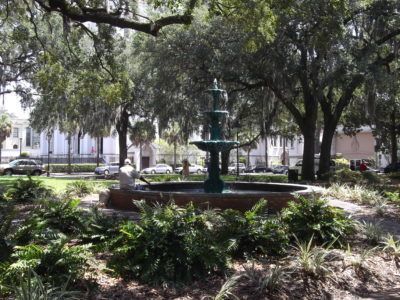 World Travellers: Samita from I am the Ocean

The funniest experience would have to be the time I crossed paths with the person I refer to in my travel book as the Biblical Bus Crooner. It was almost midnight on a Greyhound in the Deep South, when a man broke into song — loudly.

When that didn’t elicit a reaction, he began clapping his hands together and singing more loudly.

The bus driver asked him to stop, and he just responded innocently, “You don’t like that song? I’ll sing another.”

The bus driver replied, “Please sir, do not,” and the Biblical Bus Crooner began cursing.

He also marched up and down the aisle repeatedly, banging into people on his way up and down. A bit irritating, but he made an otherwise long and boring journey more colourful. He was a character!

I hate crossing borders. I find it quite nerve-wracking. Worst of all was in in my early twenties, when I went on an extracurricular trip to West Africa that was organized by my university. At the Burkina Faso-Ghana border, we were told to wait in the car while the driver and our organizer took our passports and went into the interrogation booth for us.

We were attracting attention as a bunch of foreign girls in an unattended van at the border, and one man in particular, who looked like he was suffering from some sort of heat-related dementia began banging on the doors and making crazy faces at us. One of the braver girls handed him a bottle of water. He gulped it down immediately, spilling much of it down his shirt, and then crushed it, threw it on the ground, and continued writhing around and doing strange dance moves against our van.

Our driver quickly came back, and the man ceased assaulting the vehicle and wandered off.

I’ve never worked abroad or anything like that, although I find hostels that trade a bunk for some chore work make a tempting offer. I’ve done some pretty random freelance work though as a writer and editor. A lot of people have different ideas about what it means to be an editor so I’ve gotten strange requests, such as modifying PDF forms. As long as it’s something I can do and it’s ethical, I am fine with accepting unconventional work.

l am a freelance writer, so I can work from anywhere. I am also a low-budget traveller. I don’t like luxury on the road.

1) Bring snacks. Sometimes a bus could be delayed, or you may not be able to find a restaurant, and you don’t want to be left starving. I like to bring things easy to fit into a purse: bananas, granola bars, etc.

2) Familiarize yourself with an old-fashioned map. It’s nice to have smartphones and data plans, but nothing beats printing out a physical map, marking off the locations of all the attractions you want to see, and researching the bus routes that pass by there. It gives a much clearer picture and you’ll be better prepared.

3) Be social. Travelling is more fun when you meet people along the way, and you also get a more authentic experience. Consider using social networking sites for travellers such as Couchsurfing to find people who might be willing to show you around, even if you don’t need a host. You can also try staying in hostels, which are great places to make fast friends.

I have my sights set on the east coast of Canada. I’ve seen the eastern United States and have spent a lot of time on the west coast of Canada, so I know that this would be a unique and fun chance to see something totally different.

Samita Sarkar is a full-time writer and author of the spiritual travel memoir I Am the Ocean.

2 thoughts on “World Travellers: Samita from I am the Ocean”