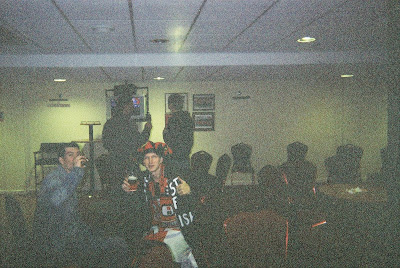 When I first met my mate Lee Adams (Lock In Lee) and realised he was a huge Nottingham Forest fan, I never thought our two teams would ever clash, as Forest had aspirations of getting back in till the Premiership and my team, AFC Bournemouth were unlikely to make the leap up to the Championship. However in 2005, Forest slipped through the Championship trap door and found themselves in the same league as the Cherries! The match was scheduled for 12th November 2005, and I was a Cherries season ticket holder (as I still am) so had invited Lock In Lee back down from his home at Birmingham! In the home end with me that day was my mate John Johnson, and Lee had planned to meet us both at Samsons Bar by Bournemouth train station that Saturday morning to start the drinking and enjoy for him what was a Notts Forest away match in a place he once lived. I got him a match ticket (actually one of the last FOUR tickets left for away fans…) and we were sorted. Lock In Lee and I were for once going to be rival fans in separate sides of the pitch. 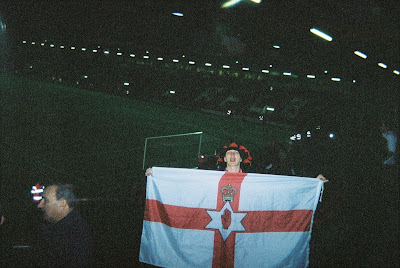 The night before John and I had enjoyed a night out in Jumpin Jaks in Bournemouth and John was looking forward to meeting Lee again. On the Saturday morning, John and I made it into Wetherspoons (The Moon In The Square) for first orders and a slap up breakfast. In there we met a load of friendly Nottingham Forest fans who were enjoying being in the third tier of English football for once. rewind 10 years and they were in the UEFA Cup and top 3 in the Premiership. Rewind 25 years and they were the best team in England…and whats more they were the best team in Europe TWICE in a row. Only a bad refereeing decision in the semi final prevented them from winning the European Cup THREE times in a row, in 1981. Some achievement, yet now they were having to make do with away trips to places such as Colchester, Yeovil and Bournemouth. But the fans were in good spirits. 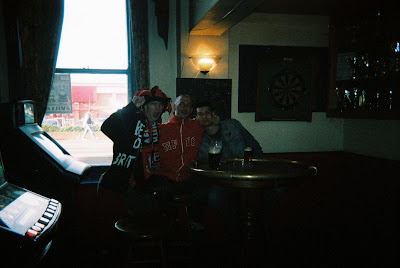 I got the train call from Lock In Lee alerting me and John that he was on time and would be arriving around midday at Bournemouth Travel Interchange, so John and I straight away said to each other “SAMSONS”, thats the pub closest to the train station, except for the Pumpkin in the station (which isnt really a pub, but it is licensed), so we had an all day yellow bus ticket anyway and dodged over the square to the next bus to the train station. I had Lock In Lees match ticket anyway, and it was the ideal meeting location. In fact when me and John got into Samsons we realised it was quiet! We must have avoided the Forest fans pub rush, who had gone elsewhere. There we sat with our lager and bitter waiting for Lock In Lee. 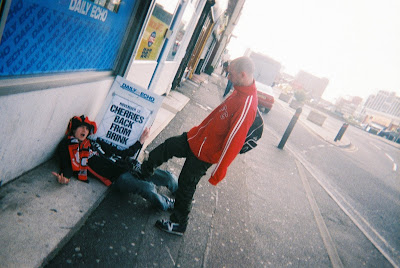 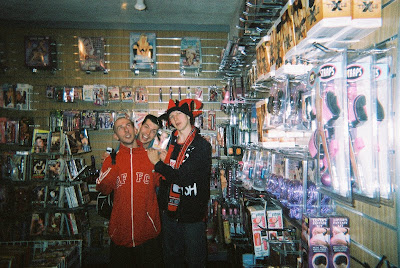 The Dolphin pub was good craic, John and I as the two Cherries fans played the Nottingham Forest fans in quick games of pool, there’s a good snap of us all including Lock In Lee, by the pool table. I cannot remember who, if anybody won the pool, and I cannot remember the names of any of the Forest boys, I spoke to so many of them and they were great craic. We left the Dolphin in a sea of yellow and blue (Forest away colours) and red and black (Cherries) and on arriving at the ground, me and John plumped for a pre match pint in The Cherrytree (Pub in the stadium), but Lock In Lee as an away fan wasn’t allowed in, so he headed to the away end, while me and John sank a beer in there. The stadium was packed, the atmosphere one of the best I have witnessed at Dean Court and we were up for the challenge. The Cherries started brightly and as a November sky darkened in on Lock In Lee and the noisy away end, enter the free kick genius of Brian Stock. 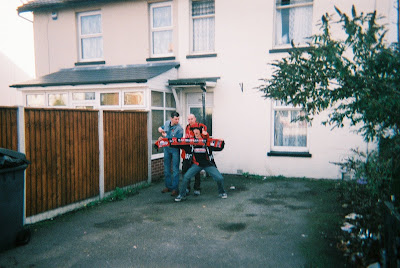 The match was 0-0 until the 19th minute when Nicky Southall bundled a lucky goal in in front of us, making the half time score 1-0. The Forest fans were enjoying it, but we sang loudly back at them “YOU’RE NOT FAMOUS ANYMORE” I enjoyed that. “Lock In Lee yer having a laff” me and John also sang at Lock In Lee even though he was a stand away and had no mission of ever hearing it. Second half we attacked towards me and John and we got a free kick on the edge of the box at the North Stand end, in front of us. Brian Stock was our free kick hero, having sank free kicks against Luton, Shrewsbury, Cardiff and Bristol City to name just a few. He stepped up and bottom cornered it, giving us the equaliser which was deserved! After that we were the only team in the match, as we tried to gun down the forest. Their keeper Paul Gerrard did well to keep them in it, Hayter went close a few times, and as the game wore on, it was obvious that Lock In Lee and I would both finish up happy enough with a shared point. Final whistle blew and as we were heading out that night, we decided on a bus back to Ensbury Park where I lived at the time. And thats where the fun began… 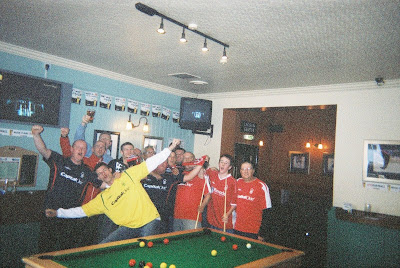 We took our seats on the upstairs of the bus and thats where we encountered some chavs opposite us. Me, John and Lee were all going nuts and the chavs joined in the banter! Then I noticed a wee girl looking round at us from, shyly and praying she was unnoticed at the front of the bus. At that point I got up, walked up to the empty seat beside her, and said “excuse me I believe I have a reservation for this seat. Seat 61.” She started laughing and stared at me with youthful eyes. I was in love. We chatted about anything, and were getting on really well in the space of 10 minutes on a bus journey I had forgotten the football, my mates and I was in love. Her name was “Lally” and I had fallen for her. A young pretty lass, well dressed, clearly dyed hair (red and brown) and clearly an English girl. “oh i love your accent” she choked beneath her breath. It was clear I wanted to see her naked and do rude things to her. Just before her stop, I gave her my phone number, not taking hers, and she got off while I walked back to my mates and the shavs who were all going “get in my son!!” It was a surreal moment, and the only time I’ve pulled on a bus. I had pulled, that was the thing… 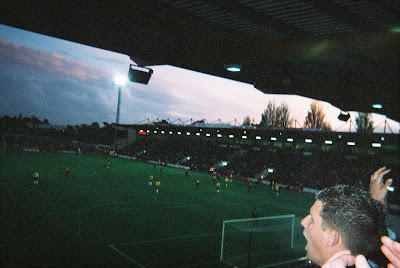 I got off the bus and headed home, where John, Lee and I were to get changed out of our football gear and head into town. John’s mates Steve and Dan were coming out with us that night. In the intervening time, I received a text from an unknown number, intrigued by it, which read simply “you’re a nutter!” It was Lally, from the bus. The match was over, Forest had played Bournemouth for the first of 6 meetings over the next 3 seasons (of which we won 2, lost 1 and drew 3, overall having a better record), and now I was in love.
Not even Lock In Lee knows what happenned between me and Lally, but I did go out with her, I found her gorgeous, and sadly by the end of the year she had moved away from Bournemouth and we lost touch for good. Last I heard she was pregnant, and it wasn’t me. At least Brian Stock had scored.
Who went? – Jonny Blair, John Johnson, Lock In Lee and several other Forest or Cherry lunatics.
When was it? – Saturday 12th November 2005
What happened? –
Bournemouth 1-1 Nottingham Forest
Nicky Southall initially bundled Forest ahead, but a rejuvenated Cherries side dominated the match after the break. Brian Stock’s curling shot on 63 minutes, and would have won the game but for the heroics of Paul Gerrard in the Forest goal.
Bournemouth 1 Nottingham Forest 1
B Stock 64 N Southall 19
Official(s): P Taylor
Attendance: 9222
Bournemouth
G Stewart, C Hart, S Cooper, N Young, S Foley, B Stock, M Browning (65 S Fletcher) , J O’Connor, A Surman, S Cooke (86 J Keene), J Hayter
Subs: N Moss, J Keene, S Purches, S Fletcher, D Rodrigues
Nottm Forest
P Gerrard, N Eaden, D Cullip, W Morgan, I Breckin, J Thompson, N Southall, G Holt, J Perch, D Johnson, J Lester (77 S Weir-Daley)
Subs: E Bopp, R Pedersen, J Curtis, S Weir-Daley, F BastiansI couldnt find footage of that exact match, but we drew 0-0 away at Forest 2 years later and it’s here: