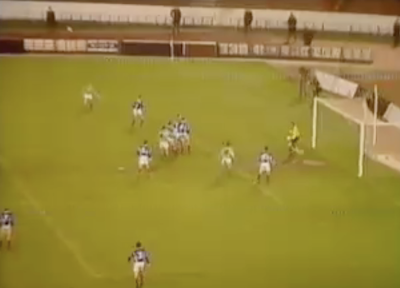 I remember coming home from school to watch this one live, I think it was on BBC2 Northern Ireland. Northern Ireland had a really really decent side at the time (well in my opinion…). We boasted some World Cup stars such as Nigel Worthington, Alan McDonald, Colin Clarke and Mal Donaghy (who had a very long NI career for a defender) and also added Jim Magilton, Jimmy Quinn, Kevin Wilson, Kingsley Black and Iain Dowie to the set up. 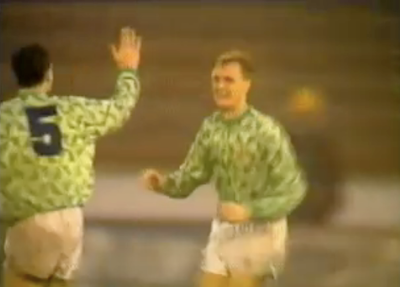 We were really struggling in the group however, I had been to the two previous home matches in the group and was starting my obsession as a hardcore Northern Ireland football fan. I saw us lose 2-0 to Yugoslavia in Belfast the previous September (that was actually my first ever Northern Ireland match!), and then draw 1-1 with Denmark in October 1990 with an excellent goal by Colin Clarke beating Peter Schmeichel at the Railway end. If I remember correctly a lovely through ball by Gerry Taggart and Clarkey finished in style under Schmeichel’s dive. Then, following a 0-0 draw in Austria (not a bad result actually), and a morale boosting friendly win over Poland, we faced the Yugoslavs away, in Belgrade. 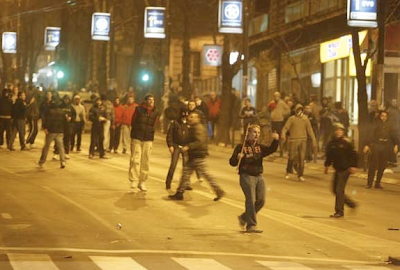 Tension was high in Belgrade at the time. Riots, civil unrest and a need for change in the Balkans. Yugoslavia were one of the best sides in the World. In the 1990 World Cup they had knocked out Spain and only a narrow pelanty shoot out defeat to Argentina prevented them from being Semi Finalists. They had players such as Robert Prosinecki, Robert Jarni, Dejan Savicevic, Darko Pancev (an ace predator) and their captain and star, Dragan Stojkovic (who gave the Spanish a footballing lesson in Italia 90). 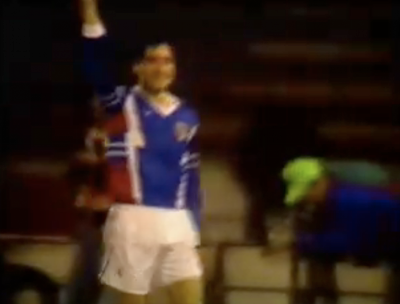 The match was on 27th March 1991, I was 10 years old and the kick off was something like 3.30 pm in Northern Ireland, the match being played in Belgrade, Yugoslavia. My Dad was working and so I used to watch them on my own in the back room we had – on a wee TV which had teletext (a TV which I still had last year in my room in Bournemouth). I watched manys a match from Eastern Europe on the TV there in the days when leaving Northern Ireland were but a dream. Aged 10 and with a buzz for geography and the world, I couldn’t have imagined 20 years on the amount of places I actually have now seen. I also watched a Manchester United v Pesci Munkas (Hungary) and Aston Villa v Banik Ostrava (Czechoslovakia as it then was) on that wee TV. 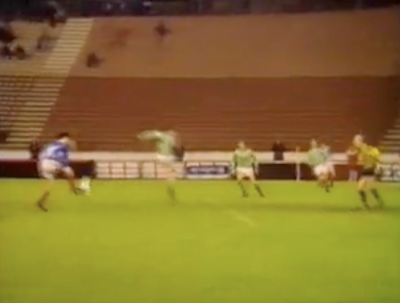 We didn’t expect to win, or even draw. This Yugoslavia team was something special and were a joy to watch. It didn’t appear that they destroyed us despite a 4-1 scoreline however…


They went 1-0 up, but a Robbie Dennison free kick onto the head of full back Colin Hill saw us equalise at 1-1. Half time and wee Northern Ireland were drawing with one of the best teams in the world. 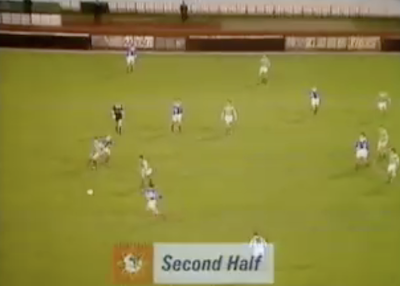 The second half saw the Yugoslavs take over. Darko Pancev tore us apart, getting a hat-trick and we lost 4-1. Two months later we struggled against the newcomer Faroe Islands (their first qualifying tournament), with a 1-1 draw, but we managed to finish third in the group in the end, with a decent 2-1 win over Austria. 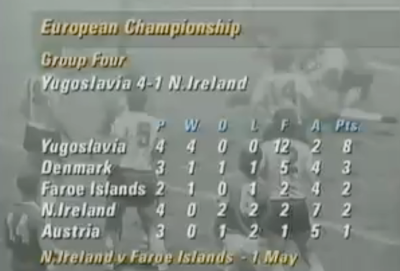 This Yugoslavia match came to mind recently when Northern Ireland played in Montenegro for the first time, and lost 2-0 (a few of my friends were there). I was sad not to be at that match (nor at the Chile, Albania and Turkey away matches earlier in 2010), but stationed in Australia for the time being makes it geographically and financially impossible. But I really hope I can tour the Balkans properly someday. 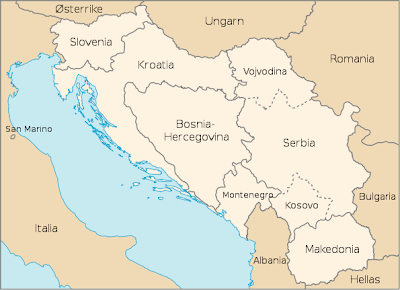 My sole trip to the former Yugoslavia was one to Slovenia two years ago. The following countries are ones in the area I have an absolute desire to see:


I think the commentator on BBC Northern Ireland that day was Mark Robson, with Stephen Le Fevre hosting in the studio. At the time I videoed the entire match, hope I still have a copy somewhere. 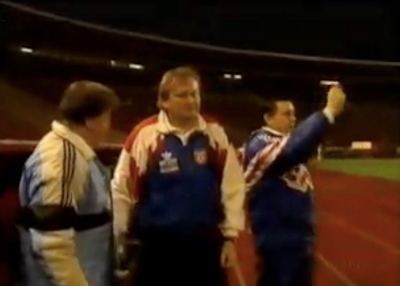 It turned out to be the end of an era for that particular Yugoslavia side you know. The war in the balkans meant they didn’t take their place at the following year’s European Championship (despite winning the group) as they were forced to pull out. And come the next set of qualifiers for the World Cup in 1994, we didn’t even see the name “Yugoslavia” appear anywhere, they were banned and that was that. War had risen above football and the state of the Balkans was to change forever. 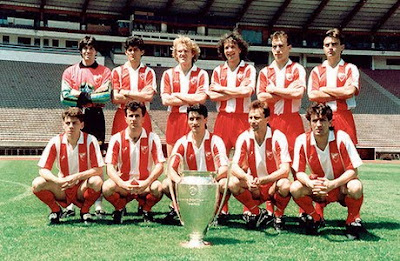 Not before crack (excellent) Yugoslav team RED STAR BELGRADE (with a fair few of the stars of the Yugoslav national team) left their lasting mark on European football – winning the European Cup in 1991. They beat the might of Marseille in the final, a team blessed with the likes of Chris Waddle and Rudi Voller (both World Cup semi finalists the previous year – Voller of course a World Cup winner)

A country or geographic entity called “Yugoslavia” (as a name at least) survived until 2003 would you believe, and indeed they played Northern Ireland again (for the last time in 2000 in Belfast – a David Healy goal for us in a narrow 2-1 defeat – another match I attended).


Next month Northern Ireland will travel to the former Yugoslavia again, to play Slovenia, also in a European Championship qualifier. And more interestingly will be a return to Belgrade for Northern Ireland in March 2011, for the first time in 20 years, since that 4-1 defeat many moons ago. A different team will be the opponent – the country now known as Serbia.


The ball is round. The passion lives on. Yugoslavia (as it was then) 4 – 1 Northern Ireland.