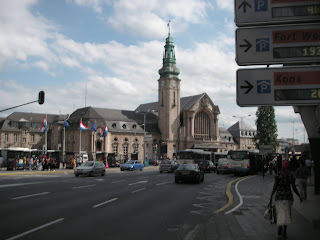 To Luxembourg City as my inter railing adventures continued. I wish I’d gone before! It sounds lovely, what a nice name it has, and its landlocked in between Germany, Belgium and France. Quite simply Luxembourg has beauty and you need to go there to see it, even though for the basis of this blog post I only visited Luxembourg City (the capital) and passed through Luxi’s countryside by train. I also felt it desirable to visit Luxembourg, seeing as I would be in Belgium, France and Germany during August and September 2007. How silly would it be to miss out on a country that is arguably the centre of all 3? And what’s more 2007 was a big year – Luxembourg City is the European Capital of Culture. 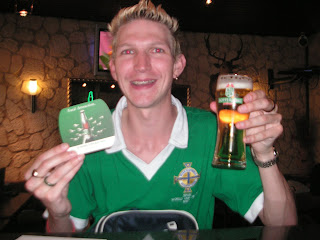 From the train journey in; to the pleasant people; to the peaceful, vibrant atmosphere, it is hard to see any faults in Luxembourg City. The main streets are clean tidy and prosperous. There are no signs with ‘POST NO BILLS’, I didn’t see any tramps and the people there were happy to speak English, German or French even though none of those are their national language! Since 1984, the official language has been Luxembourgish/Luxembourgaise. It took some intelligent locals and my beautfiul Luxembourgish friend Jill to tell me this. But trust me, just say please, thank you etc. and the locals wont have a problem. There are quite a few immigrants from the likes of Bosnia, Macedonia etc. post the Yugoslav wars. This has boosted the country’s population to almost half a million. And they will be glad that you have come to visit, though many tourists skip this country and backpacking in Luxembourg is still developing somewhat. Something that sticks in my mind from Luxembourg is the smile. It seemed to me that Luxembourg people smile a lot. They are country proud: the national anthem ‘My homeland’; the country motto – “Mir wëlle bleiwe wat mir sinn” (Luxembourgish)
“We want to remain what we are” and in this little enclave they live together in relative harmony. The streets were not ridden with burnt out cars. This was Luxembourg City. 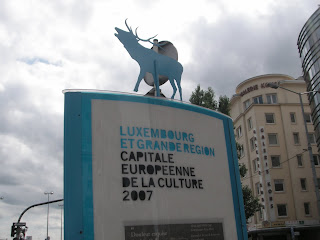 In terms of sights, adventure sports and fast-paced entertainment there actually isn’ a lot. But then…that’s the whole point. I went there to see beauty, people and to chill the fuck out from this Godforsaken world. Luxembourg gave me that. Ironically they had an Irish-Scottish day there, which I missed, but my friend Jill attended and kindly gave me her ticket as a souvenir. I treasure it! But check out the square, the Cathedral of Notre Dame and the meeting of two gorgeous rivers (the Alzette and Pétrusse), which are overlooked from a waterfall height by Luxembourg City. Yeah, they really could get some bungy jumping going here! Maybe they do and I just missed it… 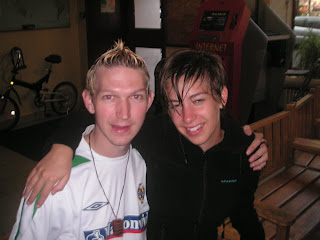 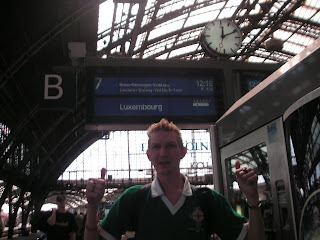 Interestingly, Luxembourg City is the first city to be named European Capital of Culture for the second time. The first time was in 1995. In 2007, the European Capital of Culture will be a cross-border area consisting of the Grand Duchy of Luxembourg, the Rheinland-Pfalz and Saarland in Germany, the Walloon Region and the German-speaking part of Belgium, and the Lorraine area in France.

My only dream from visiting Luxembourg is that someday I will return and spend more time in the entire country. My only regret is I couldnt get my passport stamped anywhere.

Strange Currencies – They use Euros there!

Where I Stayed – I didn’t, arrived in the morning and just got the last train back to Hannover from my day trip, though next time I guess I will book a hostel or stay with Jill.

Average price of a pint of beer – 4.5 Euros. I thought it was dearer in Luxembourg. Never mind eh.

Favourite Thing About Luxembourg – Now having a great contact there in the lovely Jill.

Moving Moment – The gorgeous train journey away from Luxembourg City, like a scene from a filim…

Key Song – The Bluetones – Slight Return (NOT from their ‘Luxembourg’ album)

FACT – During World War II, Luxembourg abandoned its policy of neutrality, when it joined the Allies in fighting Germany. Its government, exiled to London, set up a small group of volunteers who participated in the Normandy invasion. It became a founding member of the United Nations in 1946, and of NATO in 1949. In 1957, Luxembourg became one of the six founding countries of the European Economic Community (later the European Union), and, in 1999, it joined the euro currency area. In 2005, a referendum on the EU treaty establishing a constitution for Europe was held in Luxembourg.