“No alarms, and no surprises, please” – Radiohead. 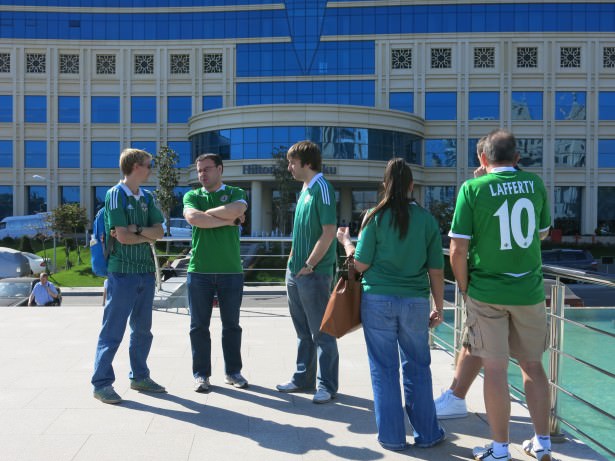 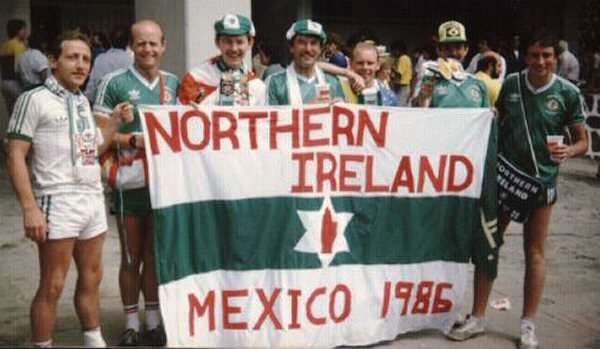 One fella, Wee Jimmy remarked “I’m from Strabane so I am, so of course I support Northern Ireland, but I did watch a Brazil game once in 1994 but it ended 0-0, so I side with the north now. I love how they represent Ireland impeccably on the world stage and big Gerry Armstrong and Sammy McIlory are some characters”.

A wee lass from Derry remarked “we actually live not far from the border to another country, but I’d never dream of supporting themmuns. There was even a rumour the first World Cup goal of “themmuns” was scored by a Welsh lad and their first Euros goal was scored by a Scotsman. I’m Irish and proud. You wouldn’t catch me with a Kevin Sheedy poster on my bedroom wall. I’m Jim Magilton loyal so I am. My wee sister once asked me if I heard of Irishman Ray Houghton but I replied that he sounded Scottish to me. Just after that I framed my Gerry Taggart poster. In a different decade, I had a coffee with Michael O’Neill and I was starstruck”.

A nationalist in Northern Ireland from Bangor commented “I’m a nationalist from Bangor and I love Ireland. My favourite three World Cups with Ireland were in 1958, 1982 and 1986. Ireland were excellent and all our goalscorers were born on the island of Ireland and that makes me really proud. Furthermore, all of them were born in the north. One of my cousins lives down south so he does and he told me that Ireland were also decent at the 1990 and 1994 World Cups. However when I checked I noticed their goals were scored by Brits from Wales, Scotland and England so there’s no way I’d support that side. They’re about as Irish as Alanis Mozzarella or Tony Cathcartinho!”

After research, it was found that another “Ireland” country referenced in turned out to be fielding UK players to help them score in major tournaments. Whilst, every Northern Ireland goal at a major tournament was scored by a Northern Irishman. Rocket scientists were not needed for this research.