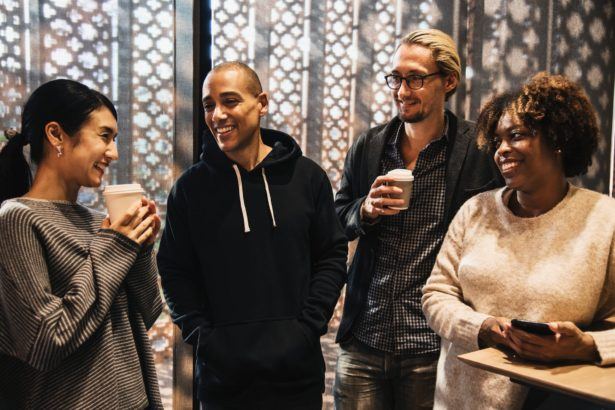 Card games can break the ice and bring people together.

Every backpacker understands the necessity of packing light. You can’t lug your monopoly board around the world with you, and even if you could, it would be rare to find a few willing victims who want to spend eight hours building hotels on Mayfair while the sun sets over the beaches of Bali.

Cards are the ideal travel companion. They are lightweight and don’t take up much space in your backpack. More importantly, cards are excellent for breaking down language and cultural barriers as you meet people along your journey. There are a time and a place for it, but when the time’s right, a deck of cards brings everyone together.

There are thousands of games that you can play with a simple deck of cards. The flexibility is one of the appeals. Certain games are popular all around the world, and others are easy enough to pick up and explain. Let’s take a closer look at the five card games that every traveller needs to know.

You’ve met a group of people from all around the world. You want to break the ice and spend time with them, but you don’t want to scare them away with a complicated game that takes ages to explain. Three-card brag is the perfect place to start.

You can play brag with 2–16 players, though it’s probably easier to keep the flow going if you cap it at eight. Each person gets three cards, which they keep to themselves, and then three cards go in the middle — two face up and one face down. All players start with the same number of lives, with more lives designated for longer games.

Starting left of the dealer, each player can swap either one or all three of their cards for the same number of cards from the middle and must replace the middle cards with their own. You can only make this one move and then it’s the next player’s turn. Rotate until everyone has taken their turn. The player with the best three-card hand wins, with three threes generally considered top ranked, followed by a straight flush, three of a kind, straight, flush, pair and then a high card.

Poker is not as simple as three-card brag, but it is a sociable game and one that is well-known internationally. Texas Hold ‘em is the most popular variation of poker and the one that is most likely understood by the people you meet.

You can play poker with 2–9 people (with nine probably the maximum comfortably sitting at a single table). Each player gets two hole cards and then collective cards deal in between rounds of betting.

Though poker is a game that is hard to master, many people from around the world know the basics. The best place to start is to study poker hand ranking charts, then work out hand ranges and a basic pre-flop strategy. Keep in mind that you win not only by making the best hands but also, by making the best bets and folds. 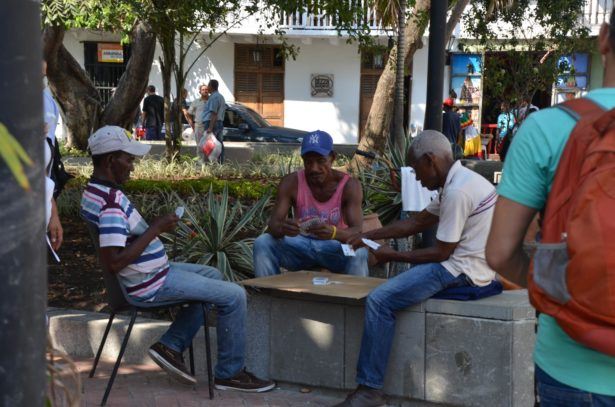 People all around the world enjoy playing cards.

Gin rummy is another card game that is relatively easy to learn how to play. Each player gets seven cards, and the idea is to make hands of threes and fours. So, for example, you could make three of a kind and then a straight run of four cards in a row. Once all seven cards have gone into the hands, you can declare yourself the winner, and score points based other people’s remaining cards.

You can draw from the shared pile of cards on your turn as well as discard unwanted cards. There are many variations in the ‘rummy’ category, and even rule variations within gin rummy, so as always, make sure you set the rules straight before gameplay begins.

Rummy originated in the East, became popular in the USA and Europe and is now a national favourite in India, so it’s another good one for bringing together people in an international crowd.

Time on the road is often spent with others, depending, of course, on how you like to approach it. If you travel solo, there’s inevitably going to be times where you are alone for long stretches. Maybe you have an overland train to take, or 99 minutes spare in an airport, or you have booked a private room to get a bit of downtime. You could spend this time on your iPhone, or you could enjoy a wholesome game of solitaire.

Originally, solitaire involved others, either taking turns making a move or playing heads-up with separate decks of cards. Nowadays, it is usually played alone. All you have to do is spread out your deck of cards in the solitaire setup and then reorganise them. The aim is to build four stacks, one of each suit, running in order from the ace to king.

Also known as ‘bulls**t’ or ‘I doubt it’, this one must make the list as one of the most outrageous and fun card games you can play with other travellers. It will encourage plenty of interaction and laughter and will probably be even funnier shared among speakers of different languages.

The catch is any player can cheat at any time by throwing down cards that are not what they say they are. Sometimes, you must cheat, as players must always place at least one card down, even if they don’t have any of the right cards to play.

Players can call each other out. If you think someone has cheated, you shout ‘cheat’, and they must flip their cards. If you catch them cheating, they must take the whole deck, but if you are wrong and they told the truth, then you must take the deck.