It’s been a while (like 6 months!) since I did one of my backpacking buddies series so first up I apologise for that. I’ve been pretty busy travelling round Central America then Europe the last few months (and I’m now in North Africa) but we are back and I feature the lovely Lyndsay Scott today, she hails from the same town as me (Bangor, Northern Ireland) so over to you Lyndsay…

I’m Lyndsay and I’m a 26 year old wanderer with a passion for adventure, meeting new people and trying new things.

Just like Jonny, I am proud to say that I am also from a town called Bangor in a wee country called Northern Ireland. 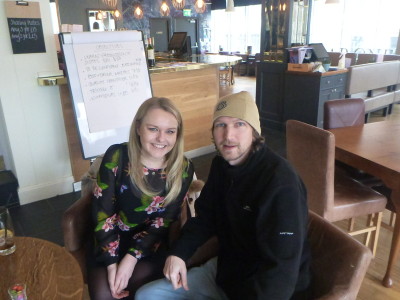 Lyndsay and I in Liverpool, England

Since leaving Northern Ireland for University in 2008, I have filled up my passport backpacking to over 35 countries across 5 continents so far. My wanderlust grows with each and every new place I visit.

I’m currently in Liverpool, England, finishing off the remainder of a fixed term contract with work. Once this is up, I will be moving to Germany’s hipster capital Berlin, to open a backpacker’s hostel called Podstel.  Set to open in early 2016, Podstel is the world’s FIRST ever CrowdSourced hostel, with a focus on inspiring and empowering its guests to follow their dreams and unlock their potential.

Next stop for me will be Timisoara, Romania where I will be travelling with Team Podstel as they cross Europe towards Berlin.  From Romania, we’ll be hitchhiking to Belgrade, Serbia. Hitchhiking has always been something that I’ve wanted to try, so I’m super excited!

This hitchhike will be done in fancy dress and as the token Northern Irish of the group, I have, obviously, been assigned the leprechaun costume!!! It will be interesting to see if more or less people stop for us! 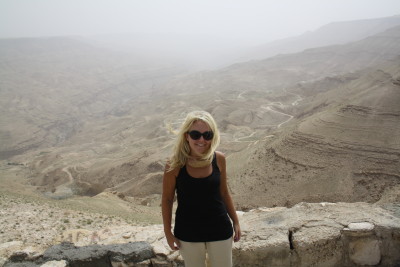 Unfortunately and disappointingly, I don’t think I’ve had any weird jobs! I’ve had lots of awful jobs, of course. My worst job was working in Bangor call centre. As Jonny will know, a stint in the dreaded call centre is kinda like a rite of passage for people who live in Bangor and it seems like every poor soul has done their time there!

India is, without doubt, the craziest place I’ve ever visited.  I would describe India as a “beautiful disaster” because it can torment and infuriate to the extreme, only to enchant and delight in the very same breath.

Why is India crazy? Nothing really is straightforward in India.  For example, asking for directions is often met with a cheeky smile and a customary head wobble which leaves a lost soul feeling more disorientated than ever; crossing the road is a skill mastered through years of near misses to avoid the relentless onslaught humanity, cars, cows, motorbikes, buses, bicycles and rickshaws; and if like me, you are a blonde-haired blue-eyed westerner, you will be requested to appear as the reluctant but honorary subject in many a family portrait as mums, dads, aunties, uncles, cousins, grandmothers, grandfathers, the baby and everyone in between flock to your side and say “cheese!” 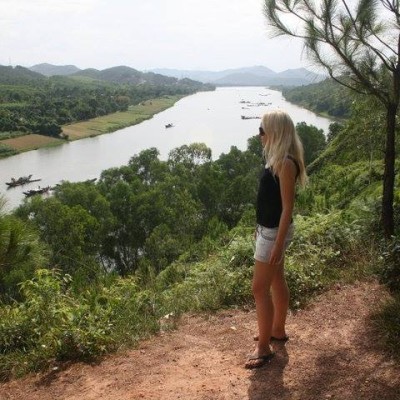 I’ve been following Jonny’s blogs online and thought he was pretty inspiring because he’s been able to turn his passion for travel into his full time career. I wanted to chat more to him, especially since he is from the same town as me in Northern Ireland! What are the chances!? So I emailed him and as it turned out, he was soon going to be passing through Liverpool (again, what are the chances!?) on his way to North Africa to visit his 100th country, so we met up for a coffee and a chat.

Even though I only met Jonny briefly, I very much hope that our paths will cross again someday!

My mantra in life is a quote by Rumi which I have tattooed across my left rib in Arabic:

“Only from the heart can you touch the sky”

After falling into the corporate world by default, I’ve discovered how important it is to love what you do. Every. Single. Fucking. Day. I am really looking forward to joining Podstel full time at the end of this year to turn my passions of travelling, leading an alternative lifestyle and inspiring other people into reality.

Whilst travelling, I’ve found that the best memories are created because of the people I’ve met and the experiences we’ve shared along the way. So when choosing where to sleep, I’m all about hostel dorm rooms and Couchsurfing so that I can meet as many awesome and diverse characters as possible. You could offer me a 5* hotel and I’d pick the hostel every time!

Connect to Lyndsay and Podstel on: