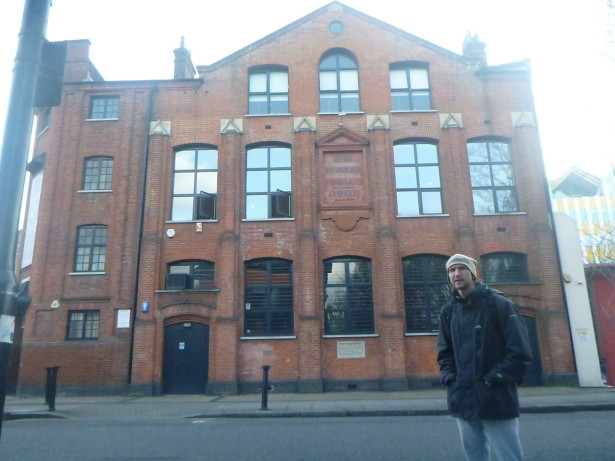 Have you ever had your passport stamped in Frestonia? Have you ever received a letter in the post with a stamp of the nation of Frestonia on it? If so, I’m mildly jealous. But also aware that I was too young (or not born) when the self declared republic of Frestonia was declared back in the 1970s. Where, who, what and why Frestonia? 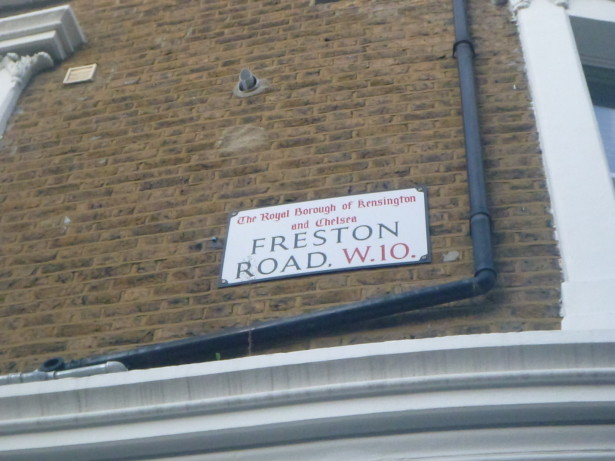 What’s even more bizarre is that I used to live very close to Frestonia in 2006 yet never knew it!! There was a former micronation on my doorstep when I lived in a bedsit on Wood Lane in Shepherd’s Bush, London, England. So, during my recent return to London in England, I decided to visit a few more of these “unknown republics” and “self declared nations” and this included the country once known as the Republic of Frestonia as well as my adventure to Austenasia. I met up with Abbi Morrison, a fellow blogger who runs the website Life in a Rucksack and we decided to tour the area of “Frestonia” together before grabbing a bite to eat. There was no real masterplan at work here, we just wanted to go there and check out what the place looks like today and get an insight into the history of it (which I did by doing some research in advance, and post-visit). 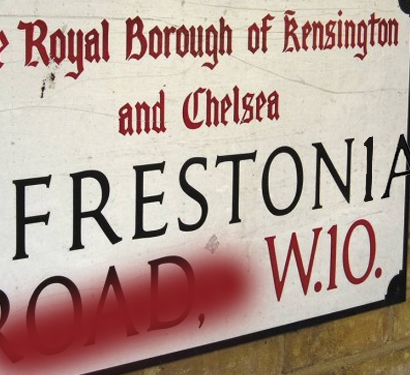 Freston Road in London, England or the Republic of Frestonia as it was once known.

So what was the craic with Frestonia?
Led by Nicholas Albery, a group of around 120 squatters living on the streets Bramley Road and Freston Road in London, declared themselves the “Free And Independent State Of Frestonia” (the similarity to the kingdom of Freedonia in the Marx Brothers’s Duck Soup was not coincidental but also spooky that the name Frestonia comes from Freston Road). The residents of the squatted buildings took on the adopted surname “Bramley” so that the local UK council would be obliged to accommodate them, in the event of a successful eviction, as one family. Squatting and living rough in derelict buildings in those days was of course illegal (and still is). 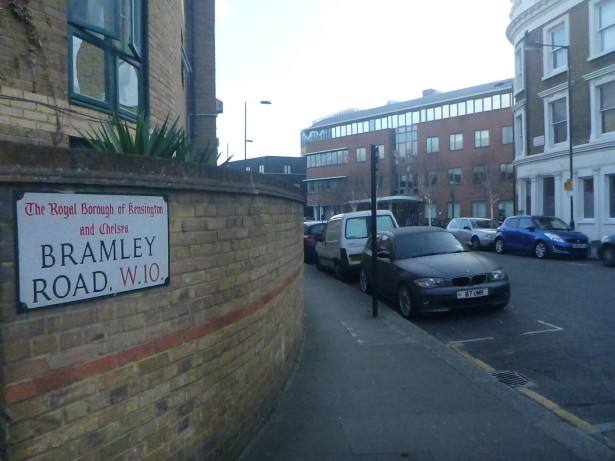 It was a PR stunt inspired by the Freetown of Christiania (which borders Denmark), Ealing comedy Passport to Pimlico and was poetically-inspired anarchism in action. Anarchy in the UK was all the rage. The Sex Pistols and the Clash were in full flow and there was also widespread violence on the streets of Northern Ireland around the same time. Frestonia was formed in 1977. When the state celebrated its fifth anniversary in 1982, the population numbered 97 people occupying 23 houses. By the mid 80s all reminders of its existence had gone including the border post and the sought after Frestonia stamps. 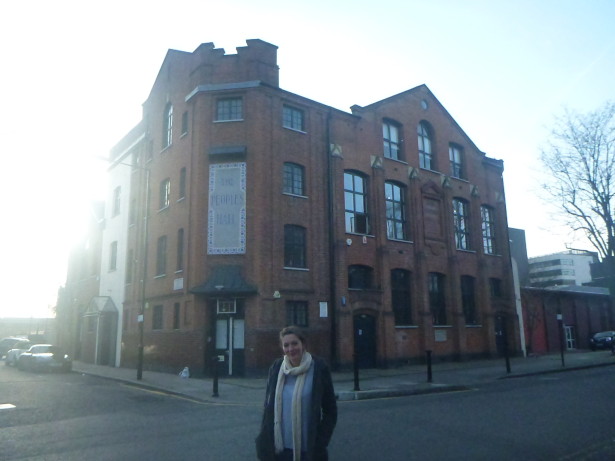 Abbi Morrison from Life in a Rucksack touring the Former Republic of Frestonia in London.

Most of you reading might be thinking, who, where, what, when and why Frestonia? Time to explain a bit more about what this small country was once all about. 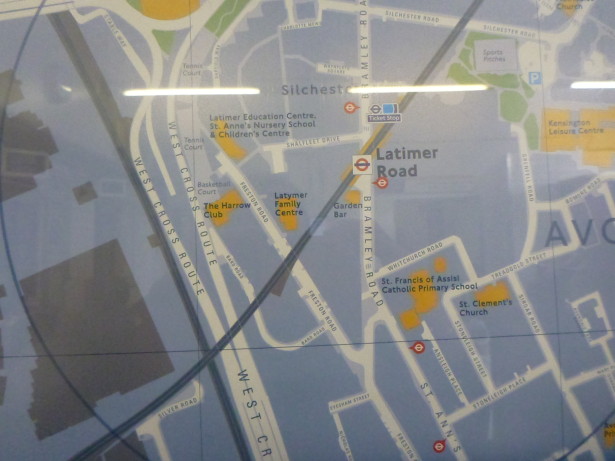 This area was once a self declared republic called Frestonia.

What is (was) Frestonia?
Frestonia was the name adopted by members of a breakaway community, who decided to secede from England and the United Kingdom back in 1977. The name Frestonia simply comes from the name of the main street, Freston Road on which the community was formed and where they lived. You could argue that Freston Road was the capital of the Republic of Frestonia, which consisted of two other streets, Bramley Road and Shalfleet Drive. Frestonia occupied a total area of 1.8 acres (7,300 metres squared). Before its formation and self declared independence, the area of Frestonia was part of the London Borough of Hammersmith and therefore governed within the United Kingdom. The residents set up a border post and declared their independence on the 31st October 1977, also Halloween night. 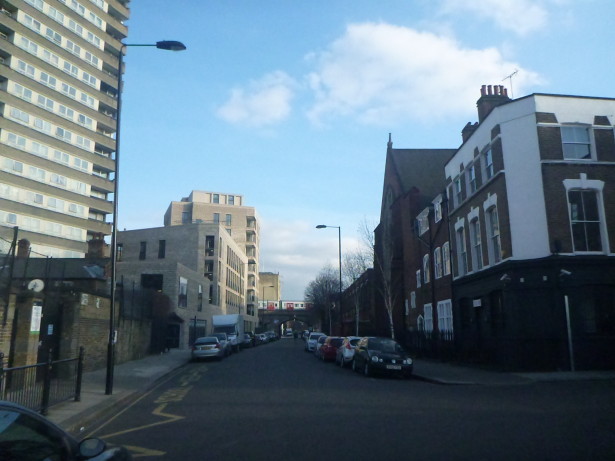 Backpacking the Streets of Frestonia – once a separate breakaway republic.

Where is (was) Frestonia?
Frestonia consisted of an area in west London at Latimer Road, close to Wood Lane/Notting Hill. It consisted of two main streets – Bramley Road and Freston Road, the latter of which is where the name Frestonia derives from. A third street, Shalfleet Drive made up the hat trick of Frestonian streets. These days its just by Latimer Road tube station. No tube station was in Frestonia, though it would have been a pretty damn quirkey and cool thing if they had changed the name of the tube station to Frestonia and had a border control just after you swiped your Oyster Card (which of course didn’t exist in the 70s). 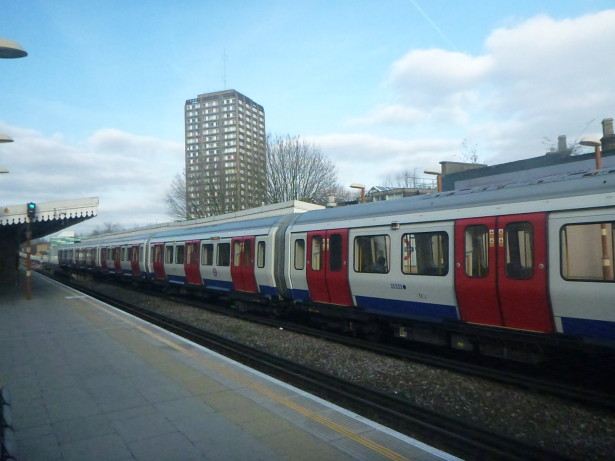 Latimer Road Tube Station. Change here for the Republic of Frestonia. Please mind the gap and have your passports ready for inspection at the border.

Who was involved with Frestonia?
Frestonia was a breakaway community formed by residents of Freston Road, Bramley Road and friends of them who decided to “move to Frestonia”. Nicholas Albery was the leader and founder. Actor David Rappaport was the Foreign Minister, playwright Heathcote Williams was their Ambassador to the UK. Tony Sleep was a Frestonia resident who has recently shot to fame with his writings and photos from his time living in the Republic of Frestonia. 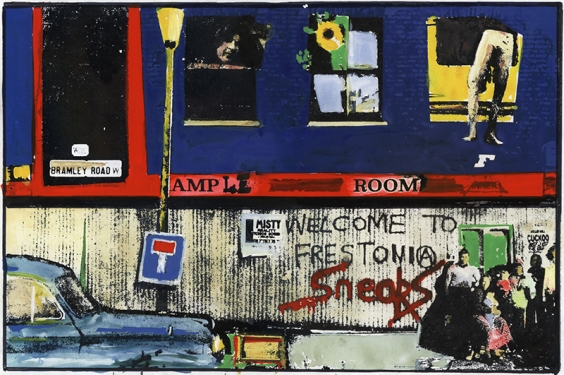 Why was Frestonia formed as a separate Republic?
Those involved in the republic of Frestonia were squatters that wanted independence from the United Kingdom due to political, anarchial and monetary reasons. Its formation was inspired by the Freetown of Christiania (which borders Denmark and is inside Copenhagen) and the Ealing Comedy Film “Passport to Pimlico”. 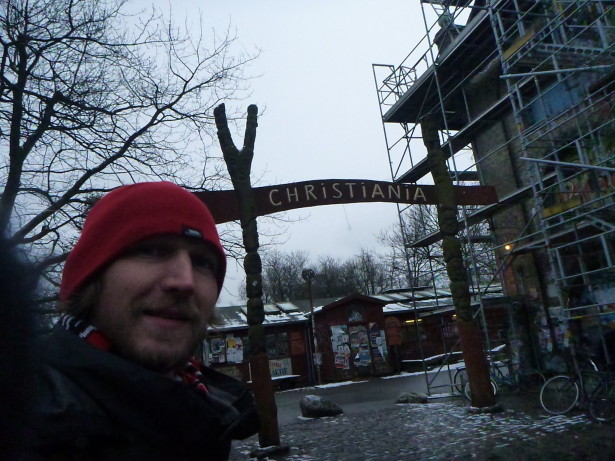 Frestonia was inspired by the Freetown of Christiania and the film Passport to Pimlico.

How long did Frestonia last?
Quite a while! It was formed in 1977 as mentioned. When the Greater London Council decided to redevelop the area of Frestonia, the 120 residents first all adopted the same surname of Bramley (after Bramley Road) with the aim that the council would have to re-house them collectively. By the 1980s, no reminders of Frestonia existed and the country’s lifespan was over. Frestonia is now a forgotten country and indeed many London residents are even unaware of its existence, as indeed I was unaware of it back in 2006, despite living just one tube station away when I lived at Wood Lane. 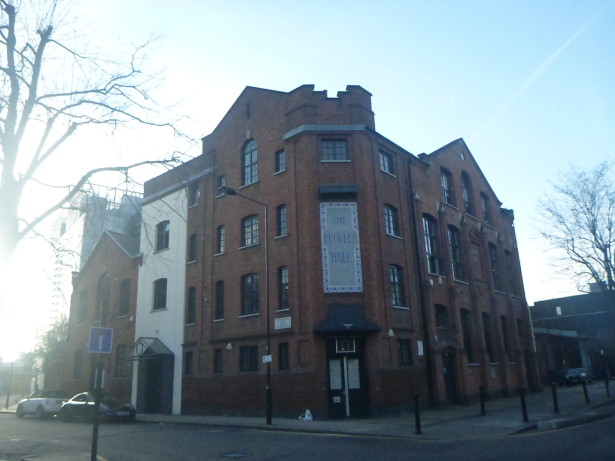 Media, currency, postage stamps and passport control
Frestonia showed a few signs of separatism from the UK as a border post was set up and manned. They also had their own newspaper, the Tribal Messenger and their own postage stamps with Frestonia on them. These stamps were actually recognised by the General Post Office in the UK and indeed many letters and postcards with Frestonian stamps made it around the world. If you have any souvenirs from Frestonia, especially the stamps or newspapers it’s worth hanging onto them – you have rare reminders of a short lived Republic.

A lettter containing postage stamps from Frestonia courtesy of http://zenius.kalnieciai.lt/europe/britania/different/frestonia.jpg

A currency was planned but never materialised. 100 Brams = 1 Freston, perhaps? (I’m joking here). Frestonians did not have their own passports. On arrival into the country, it is rumoured that passport stamps were available and looked like this (image copyright from http://www.frestonia.org/ ). 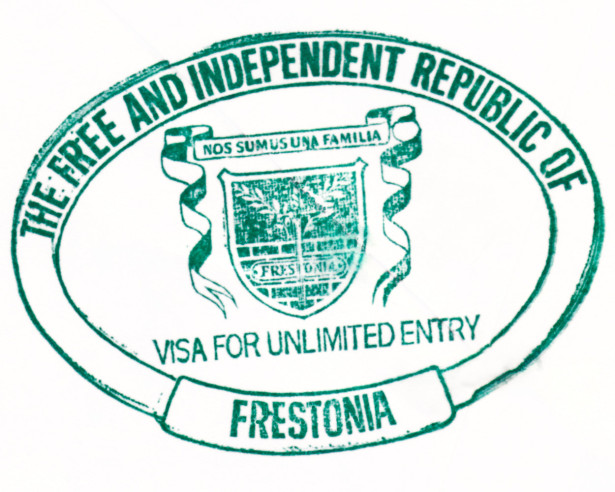 OK so now you have an idea of what Frestonia was all about, you know the reason I wanted to head here and was intrigued by it. Places such as Frestonia are unique on our travels and if you have followed some of my travels before you’ll recall my visits to Adammia, Faroe Islands, Karakalpakstan, Sark, Uzupis, Transnistria, Bruny Island, Christiania , Nagorno Karabakh, Empire of Austenasia and Ladonia. Not all of those places are countries of course, but they are all definitely worth a trip to investigate their significance and in many instances, wackiness. Yes, pure crazy backpacking is at work here. This isn’t a journey of cocktails and beaches for me! 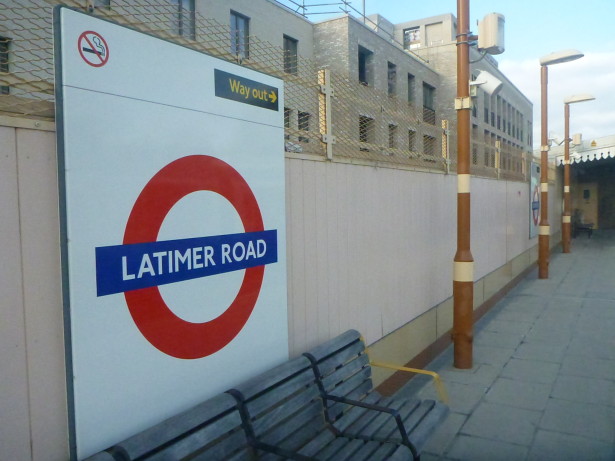 Latimer Road station – the nearest tube to what was once the Republic of Frestonia.

Top 7 Sights in Frestonia
Realistically most of what the top sights would be, are no longer there. So with that in mind, these are the top 7 things I wanted to check out and look out for on my visit, whether they still exist or not. I had wanted to include a few more photos in this post but they are all copyright of Tony Sleep and former residents of Frestonia, so you can check the links below for proper vintage snaps of this random country.

1. The People’s Hall
This significant building dates back to 1901 long before Frestonia came into existence. And without doubt, The People’s Hall is the most noticeable reminder that a free republic once existed here. Perhaps the coolest fact about Frestonia is that the Clash once recorded an album here, in the People’s Hall, their album Combat Rock. 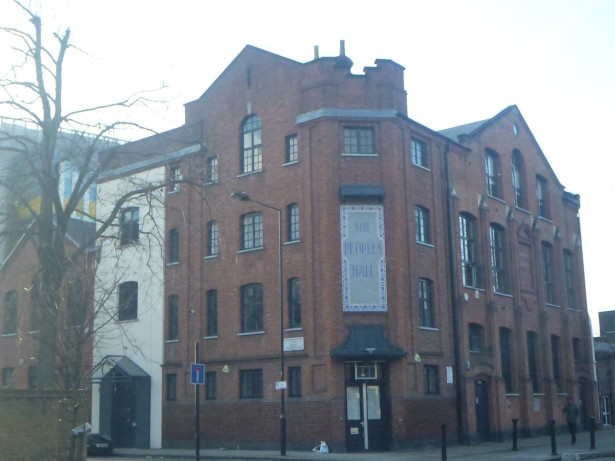 2. The Freston Road sign and entrance
I really wanted a reminder somewhere with the word Frestonia on it, and although the original road sign was doctored to spell FRESTON1A, these days just a few simple Freston Road signs exist. And that’s it.

3. The Frestonia sign
To make up for the fact that the street signs bear no reminders of Frestonia, there is a mini plaque on the People’s Hall, which Abbi actually spotted. It is a small silver sign simply bearing the words: The People’s Hall, 2 Olaf Street (Formerly 91 – 97 Freston Road). We looked around and could find no other references to Frestonia, sadly. 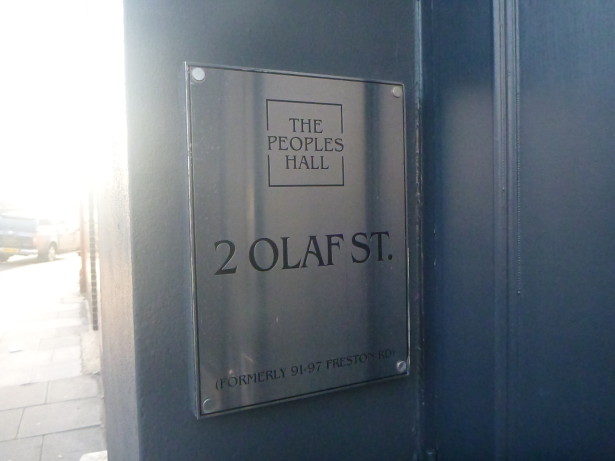 4. Bramley Road
Bramley Road made up part of Frestonia and was the street that gave the residents of Frestonia their surnames. Frestonians all changed their name to Bramley at one point. 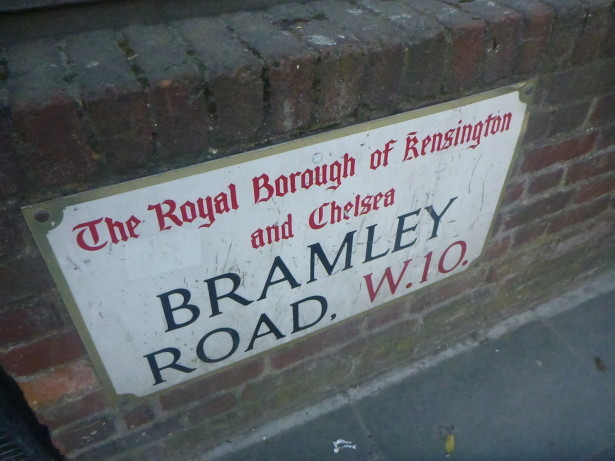 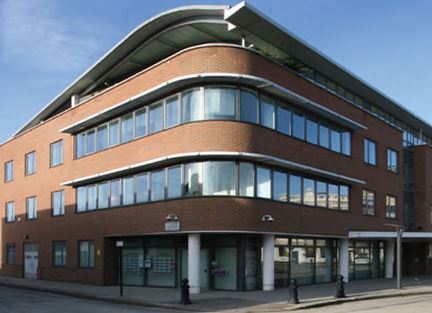 6. Champion Dining Rooms
I had found a photo on the internet ahead of my visit and it shows clearly a local diner called “Champion Dining Rooms” and the badge/flag of the Republic of Frestonia. Of course neither the flag nor a dining room of that name exists these days. The photo is copyright of Tony Sleep however and cannot be republished (you can find it on Tony’s website below).

7. Phoenix Brewery
After a bit of research I was unable to find out whether a local pub inside Frestonia ever existed. London is a city of many pubs and bars and nearby there are a few pubs, if you fancy a pint. There is however a cool local brewery here called Phoenix Brewery. Realistically this is probably not situated inside the area that was once Frestonia, but it’s still interesting to see. 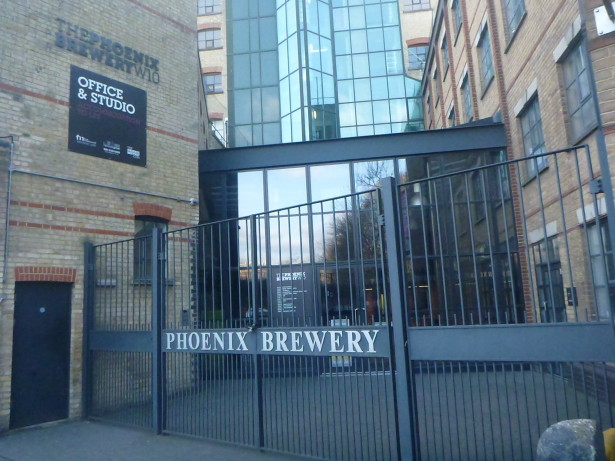 So with those 7 sights and a walk around the former Republic of Frestonia, it was time to move on again. Frestonia has a fascinating history and is worth a look, but don’t be heading all the way out to Latimer Road expecting to see a load of tourists, souvenir shops, reminders of a country and any kind of reference to Frestonia. It was more the quirky nature of this former Republic that intrigued me and I’m glad I went.

Here are some really cool other articles on the Former Republic of Frestonia, the website from Tony Sleep is my favourite:

15 thoughts on “Backpacking in the Former Republic of Frestonia: Latimer Road, London, England”